Controversial politician: Lost, ignored and facing new problems - the first day in the US Congress of impostor George Santos

In the shadow of the Republican leadership war and the chaotic and initially unsuccessful election of Kevin McCarthy as Speaker of the House of Representatives, the attention of political observers in Washington turned to another controversial Republican: Georg Santos. 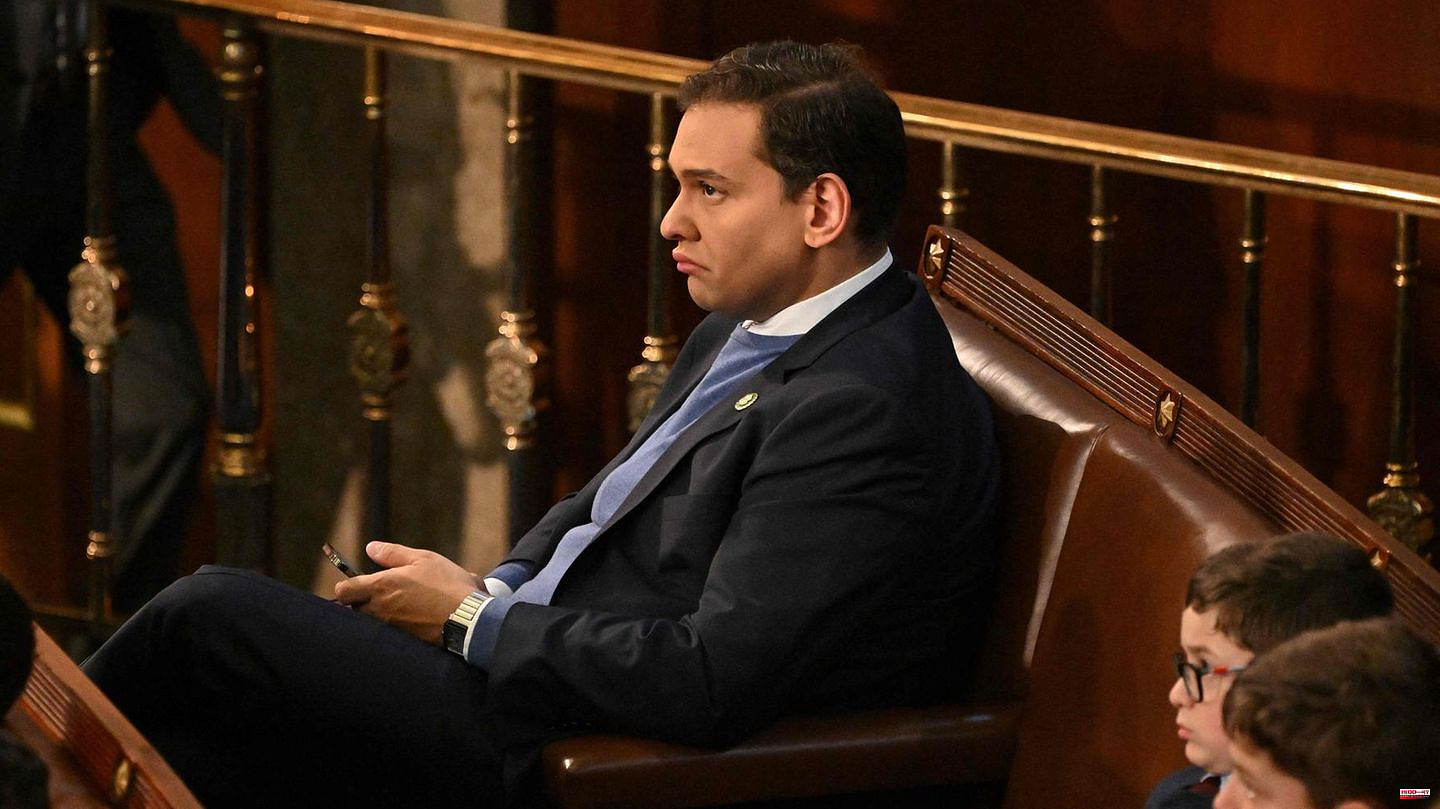 In the shadow of the Republican leadership war and the chaotic and initially unsuccessful election of Kevin McCarthy as Speaker of the House of Representatives, the attention of political observers in Washington turned to another controversial Republican: Georg Santos. The 34-year-old more or less hid from the media for weeks after the New York Times, CNN and other newspapers reported on the alleged lies in Santos' resume and election campaign. Both the information about an alleged university degree and the proof of employment at two large banks on Wall Street turned out to be false, as did the information about real estate ownership and the family's Jewish origins. But since Santos surprisingly won a constituency in November that would otherwise be assigned to the Democrats, there was no more hiding on Tuesday, the politician had to come to the US Congress in Washington for his first day of work.

It quickly became clear: the next few days, weeks and months will not be a walk in the park for Santos either. "Accompanied by two advisors, he had the aura of a freshman arriving on a new campus in dire need of direction," the New York Times commented on Santos' arrival. The Washington Post likened the scene to a "freshman arriving at Hell's Preschool." Accompanied by media representatives, he then walked past his office before turning around and closing his office door behind him without answering the journalists' questions. Later he also got lost in the basement of the building, where the security staff had to show him the way.

But what should hurt Santos more is what later happened inside the plenary hall of the House of Representatives. The Democrats have been calling on Santos to resign since the lies were published shortly before Christmas. "Santos is a threat to national security," warned New York State Assemblyman Pat Ryan. Every member of Congress receives a release for documents with the highest level of security. "Santos should not be given access to this confidential information," Ryan warned on NBC New York.

And even among his Republican colleagues, hardly anyone has a good opinion of Santos, even if leading Republicans like McCarthy or Mitch McConnell still don't want to comment on their party colleague's lies. "The guy who lied about his resume? Mr. Santos has shown that he doesn't take the truth too seriously," said Mike Gallagher, Wisconsin Congressman. The cameras in the hall kept panning to the controversial politician, who sat like an outcast in the back row – surrounded only by the children of other MPs who preferred to keep their distance from Santos and chatted with other MPs from both parties. When Santos was called to vote in the first round of voting - and gave the vote to Kevin McCarthy - a clear "liar" call was heard in the hall.

At the end of December, the two MPs Nick LaLota and Anthony D'Esposito, also from New York, opposed Santos. "As a former member of the Navy committed to restoring trust and integrity to our government, I believe a full investigation by the House Ethics Committee and, if necessary, by law enforcement agencies is needed," LaLota said. New Yorkers deserve the truth and Republicans deserve a way to govern without distractions. D'Esposito, meanwhile, said people were "hurt and disgusted" by Santos' lies and false statements. On Tuesday evening, they demonstrated that the other Republican MPs from New York also had enough of George Santos. Andrew Garbarino shared a photo on Twitter of himself with six other East Coast state legislators. Only one is missing: George Santos.

Away from the plenary hall, there was also plenty going on behind the scenes. "NBC New York" reports that Santos sold tickets for his swearing-in ceremony in Washington. These are said to cost up to $500 as a VIP package, including the trip from New York to Washington and, in addition to the swearing-in ceremony, also a tour of the Capitol – however, it is questionable whether Santos' procedure is even legal. "It's an abuse of office, but it's also an abuse of government property," Richard Briffault, a lawyer and professor at Colombia University, told the broadcaster. The offer of entry into a government building for money is most likely illegal, according to Briffault. "Bringing people to Washington? That's not a problem. Having a party in a hotel? That's not a problem either. But taking your official function and a government building as a fundraiser – that's the problem," says Briffault.

According to the current rules of the Ethics Committee, an inauguration ceremony may take place, but it must be paid for from the campaign funds of the respective politician. The premises may also only be used for social purposes and not for political events such as "a meeting for his campaign or the reception of donors". "This is especially true when funds other than those from your own campaign are used to pay for the event," the rules say.

But the past could soon catch up with the 34-year-old. According to a CNN report on Wednesday, Santos has admitted to Brazilian police that he committed check fraud in his parents' home country in 2008. According to the broadcaster, it received the 150-page report from Brazil. He told the police that he had dual citizenship and that he was a professor. Santos has always denied allegations that he committed a crime in Brazil. Brazilian authorities also dropped the investigation because they had not been able to locate Santos for more than a decade. "CNN" already reported on Tuesday that Brazilian authorities want to resume investigations into Santos. A formal request is to be made to the US Department of Justice later this week, a spokeswoman for the Rio de Janeiro State Attorney told the broadcaster. Investigations against Santos are now also underway in the United States, initiated by the New York State Attorney's Office and the District Attorneys of Nassau County and Queens. (Read more about this here)

It fits Santos' image that Tuesday caused a stir with another report. In the evening, George Santos' official government website reported that he had already been sworn in - but since there is still no chairman in the House of Representatives, he cannot introduce politicians into office. However, the message appeared automatically to all new members of Congress and was a mistake by the Capitol IT department, which automatically sent out the press release. 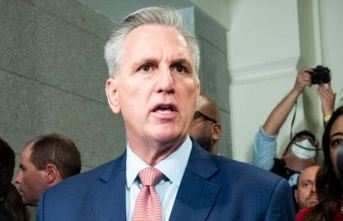