Christmas speech: "Our country is growing beyond itself" – Federal President Steinmeier calls for confidence

Federal President Frank-Walter Steinmeier called on the people of Germany to show solidarity and confidence in the face of the challenges posed by the Ukraine war. 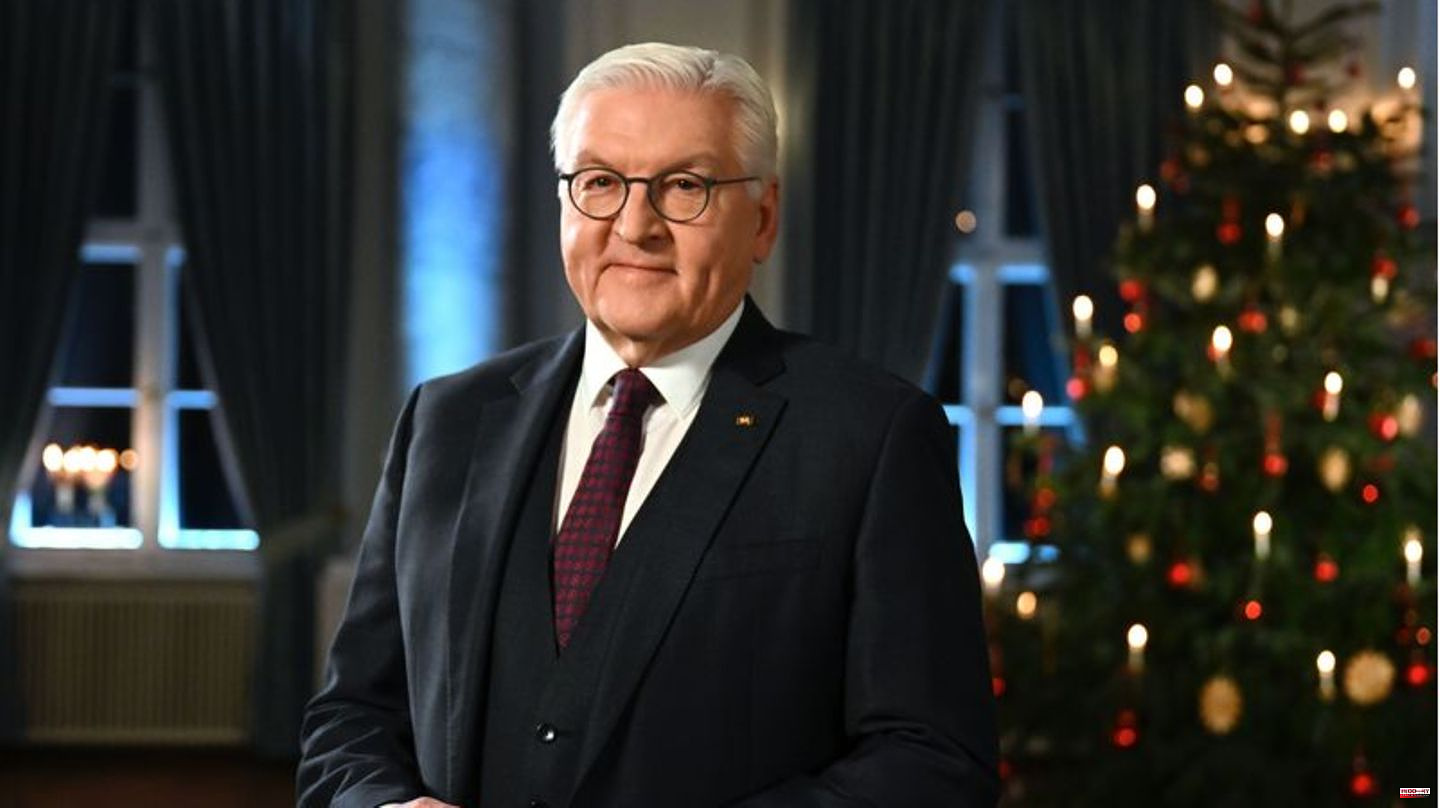 Federal President Frank-Walter Steinmeier called on the people of Germany to show solidarity and confidence in the face of the challenges posed by the Ukraine war. "If there was one good thing this year, it was the experience: we'll get through this together," said the head of state in his Christmas speech this year. "And that's why my Christmas wish is that we take this confidence with us into the new year. That we strengthen everything that connects us." However, Steinmeier gave little hope for a quick end to the war. At the same time, he warned not to neglect the fight against climate change.

"Yes, these are rough times. We are facing headwinds," said Steinmeier. "And yet: Christmas is the right moment to look at what gives us confidence. And there is." Ukraine is asserting itself against the Russian attacks with great courage. Europe stand together. "And our country is once again surpassing itself in the face of the challenge. We didn't panic, we didn't let ourselves be driven apart."

Our democratic state alleviates the hardest burdens. Many in the companies worked to come out of the crisis stronger. "And you all helped," said Steinmeier to the people in Germany. "I know how much this crisis is asking of you all, that many have to limit themselves. But nobody can take away our generosity in dealing with each other." Steinmeier thanked the people for their commitment and humanity, which had helped "make life a little brighter for others".

"We were capable of so much more this year than we possibly thought we were capable of," said the Federal President. People acted boldly when help was needed. They stood up for each other. "I'm proud of our country, where so many people lend a hand - not because they have to, but because they feel responsible for others and for the community." What makes Germany and its citizens so special, what has always made the country strong, has endured: "We are creative, hard-working and show solidarity. And from that we can draw strength and hope for the new year."

From the Federal President's point of view, however, a quick end to the Russian war of aggression in Ukraine is not in sight. It is true that the dearest wish is that peace should reign again. "But this peace is not yet tangible. And it must be a just peace that neither rewards land grabbing nor leaves the people in Ukraine to the arbitrariness and violence of their occupiers." Until peace can come, it is an imperative of humanity to stand by those who are attacked, threatened and oppressed. "With this, too, we are casting a light of hope in the darkness of injustice."

Steinmeier warned that despite these concerns, the fight against climate change had lost none of its urgency. He needs us all. "I wish that the older ones are willing to change again later in life. And that the younger ones get involved, that they are critical - without harming the cause of climate protection by antagonizing others."

Both the ambition of the young and the experience of the old are needed, said Steinmeier. "Because we all have a common goal: that the younger generation is not the 'last generation', but the first generation in a climate-friendly world."

1 Wave of infection: 248 million Chinese have been infected... 2 Church: Bishop Jung: Christmas is a message of hope 3 Winter sports: ski jumper Geiger before the tour:... 4 Christmas records: who throws the Christmas tree the... 5 Santa Tracker: Where is Santa Claus at the moment?... 6 Rúrik Gíslason: Is it "Christmas Dancing Star... 7 Christmas Eve: An echo from a distant time: Christmas:... 8 Megan Thee Stallion shot: Rapper Tory Lanez found... 9 Actions against the climate crisis: 600 fines against... 10 War against Ukraine: London: Russia is short on ammunition... 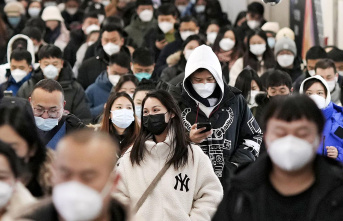 Wave of infection: 248 million Chinese have been infected...