Chancellor's New Year's speech: "Our cohesion is our greatest asset": Scholz calls for confidence for 2023

Federal Chancellor Olaf Scholz calls on the people of Germany to start the new year with confidence and energy. 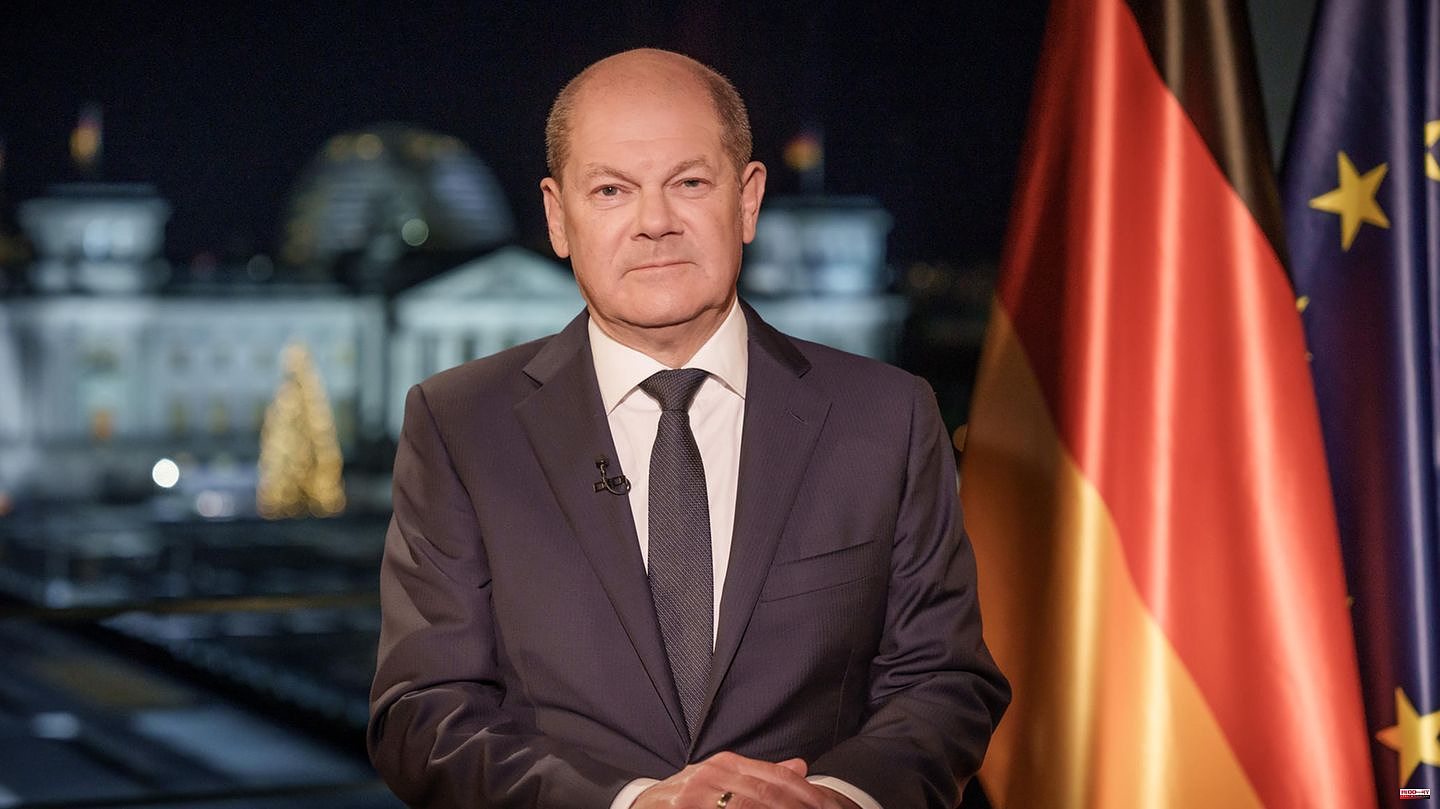 Federal Chancellor Olaf Scholz calls on the people of Germany to start the new year with confidence and energy. In view of the Russian war of aggression against Ukraine, the own country, but also the EU and NATO, had demonstrated cohesion and strength, said Scholz in his New Year's speech, the text of which was distributed in advance.

Germany is a "strong country," said the SPD politician. "A country that is working with energy and speed towards a good, secure future. A country that joins forces, especially in difficult times. A country in which we leave no one behind - whether in the city or in the country, whether old or young, whether well-off or less wealthy, whether born here or came here later."

"A difficult year is coming to an end," said the Chancellor. "In every year's review there are pictures of February 24, when the first Russian rockets hit Kyiv, Kharkiv, Odessa and other Ukrainian cities at dawn. Putin is waging an imperialist war of aggression in the middle of Europe." This turning point was a tough test and many people worried about the war.

"We sympathize with the Ukrainians, who, even on days like today, cannot rest from the Russian bombs and missiles," said Scholz. "And we all feel the consequences of this war in our everyday life: when shopping in the supermarket, at the gas station or when we pay the electricity or gas bill."

But the story of this year is not just about war, suffering and sorrow. Putin did not overrun Ukraine in a few days, as he had planned. The Ukrainians bravely defended their homeland - also thanks to German help. Scholz pledges to continue to support Ukraine.

He pointed out that the European Union and NATO were not divided, as they had been in some previous crises, but were more united than they had been for a long time. Germany didn't give in when Russia turned off the gas tap in the summer, "because we won't allow ourselves to be blackmailed!" The story of the year 2022 is about cohesion and strength and also about confidence.

In this context, Scholz recalled the 29 million people who worked voluntarily and on a voluntary basis, as well as the overwhelming compassion and helpfulness with which many of the refugees from Ukraine had met. At the same time, he thanked those who are committed to safety - the police, the armed forces, the fire brigades and the rescue services.

Scholz also praised his own government: Large relief packages were put together last year so that everyone could cope with the increased prices. "Our solidarity is our greatest asset," said the Chancellor.

Engineers and skilled workers built the new floating terminal for liquid gas delivery and the necessary lines in less than 200 days. In the coming weeks and months, more liquid gas terminals went into operation - in Lubmin, in Stade and in Brunsbüttel. "This will make our country and Europe permanently independent of Russian gas," said Scholz. "And at the same time we'll get through this winter."

1 Again many victims: Even at the turn of the year the... 2 On the death of the Pope: Cardinal Müller: Benedict... 3 Turn of the year: Again New Year's Eve party... 4 Weather: Record temperatures on New Year's Eve:... 5 New Year: New Year's Eve celebrations around... 6 Premier League: Manchester City only 1-1 against Everton... 7 Transfermarkt: Change to Saudi Arabia: what Cristiano... 8 Austrian actor: The "mountain doctor" moderates... 9 "Tatort" and "Polizeiruf 110":... 10 Late Night Icon: Harald Schmidt, do you still see... 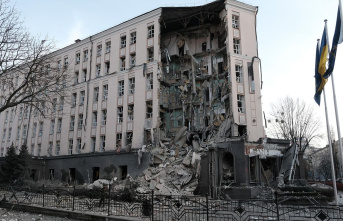 Again many victims: Even at the turn of the year the...