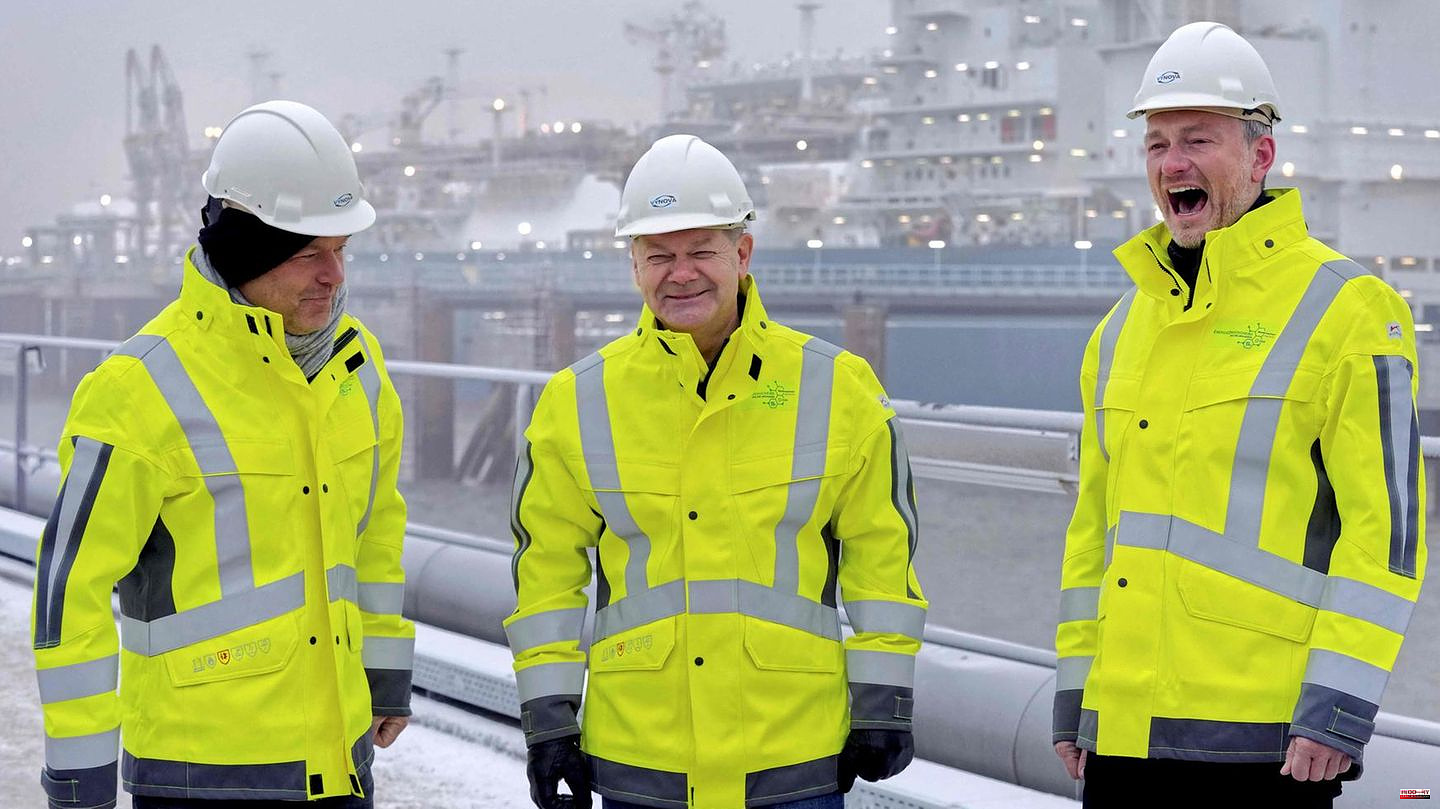 "This is now the new pace in Germany, with which we are advancing infrastructure and it should be a role model, not only for this facility, but for many, many others," Scholz announced in front of around 400 guests from the "Helgoland" excursion boat usually transports tourists. "In this respect it is a good day for our country, a good sign for the whole world that the German economy will be able to continue to be economically strong, to produce and to deal with this challenge."

The terminal in Wilhelmshaven is a "very, very important contribution to our security," said the Chancellor. After the war of aggression against Ukraine, the German government quickly decided to build an LNG terminal infrastructure in order to make the energy supply independent of pipeline gas from Russia. "When we said that a terminal like this should be built here in Wilhelmshaven this year, for example, many said: 'This is never possible, it will never succeed.' And: The opposite is true," explained Scholz and thanked workers, engineers, companies and authorities.

The floating terminal off the North Sea coast of Lower Saxony is intended to help close the gap in Germany's gas supply caused by the lack of deliveries from Russia. The heart of the plant is the almost 300 meter long special ship "Höegh Esperanza", which will in future convert the liquefied natural gas delivered by tankers into the gaseous state and feed it into the German gas network. That should happen for the first time next week.

Four more terminals are to be built by the end of next year: one each in Brunsbüttel (Schleswig-Holstein), Stade (Lower Saxony) and Lubmin (Mecklenburg-Western Pomerania) - plus another in Wilhelmshaven. According to the Economics Ministry, together they can absorb a third of the natural gas volume required to supply Germany. Scholz gave the go-ahead for the construction of the terminals in Wilhelmshaven and Brunsbüttel on February 27, three days after the start of the Russian war of aggression against Ukraine, in his "turning point" speech in the Bundestag, which is now regarded as historic.

The terminal caused a lot of criticism from environmental and climate protection groups. "Everyone is now talking about a new Germany speed when it comes to such fossil infrastructure projects. We would have liked to have used this Germany speed to phase out fossil energies," complained Imke Zwoch, member of the state executive board of the Federation for the Environment and Nature Conservation in Germany (BUND). Lower Saxony, on Saturday. "It's actually nothing to celebrate."

Their criticism is primarily sparked by the discharge of sewage treated with biocides at the "Höegh Esperanza". All other special ships that are to be used for handling LNG in Germany would do without the use of biocides such as chlorine, said Zwoch. "We cannot understand why these six months have not been used to convert the ship accordingly." The associations also criticize the long approval for the terminal ship until 2043.

The German Environmental Aid (DUH) even announced legal action against the terminal in Wilhelmshaven. For the "quick and media-effective opening of the first German LNG terminal", a hitherto "unique restriction of participation and environmental rights" was accepted, the environmentalists criticized on Saturday.

The DUH is bothered, among other things, by the unlimited operating license for the plant by the Lower Saxony authorities, "although in order to comply with the 1.5-degree limit, the German phase-out of natural gas must already be planned". There is also a risk of "massive overcapacity" and thus exceeding the permissible CO2 emissions in the energy sector, although gas consumption will have to fall massively in the coming year. Last but not least, the introduction of large quantities of biocide was permitted, but that should be prohibited. 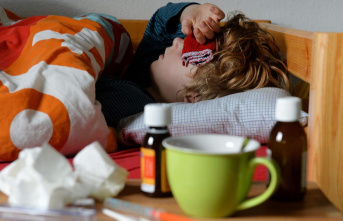