Cannon fodder for the front: Russia is heading for a new wave of mobilization – the Kremlin is preparing the ground with money, laws and propaganda

"Today you think about how you will decorate the festive table and make your plans. 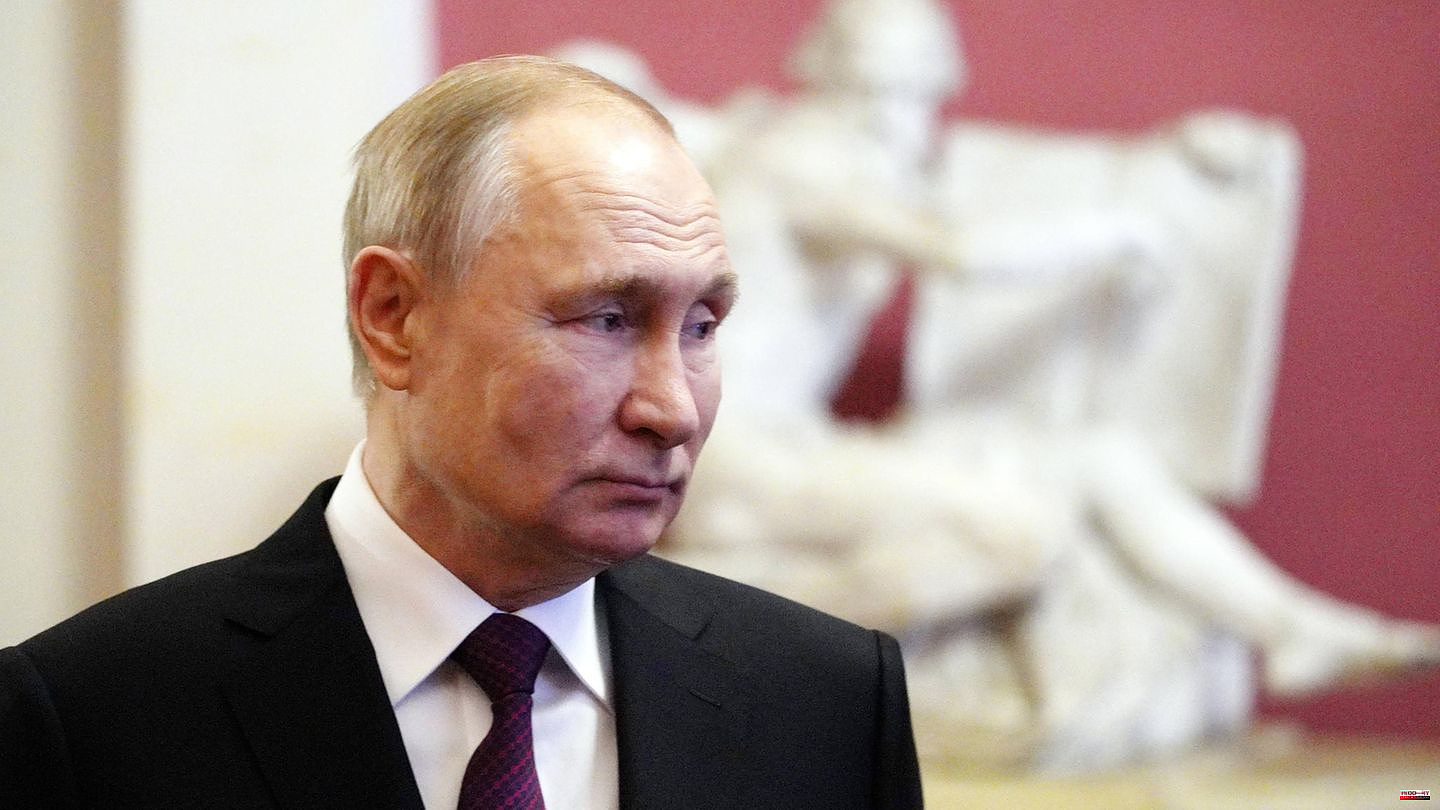 "Today you think about how you will decorate the festive table and make your plans. But as the clock strikes 12, you may not hear the knock on the door. It will be the military commissar knocking." With these words, the Ukrainian Defense Minister, Oleksiy Resnikov, addressed the Russian population on New Year's Eve.

"In early January, the Russian authorities will close the borders for men, then impose martial law and launch another wave of mobilizations. The borders with Belarus will also be closed," Reznikov warned. He knows with certainty that there is not a week left until then.

There is almost no doubt that the Kremlin will launch a new wave of mobilization. The only question is when and how. "There will be mobilization. It just won't be officially announced," says Russian political scientist Dmitri Oreshkin. "This is an obvious development. There is a lack of living personnel. We all see how quickly and senselessly those who are mobilized are dying. These losses must be compensated for," explains the expert, who has been observing the development of the Putin regime for decades.

However, an official announcement of a second wave of mobilization is not in Putin's interest. "And they don't need to either. He can let them go in silence." This minimizes the risk of protests.

In fact, the Russian Defense Ministry boasted that the mobilization was over. However, a corresponding order was never signed by Putin. In fact, his order of September 21 last year is still in effect. In the part of the decree that has been made public, no specific number is mentioned. However, in the secret seventh clause, which is only intended for official use, the mobilization of one million soldiers is to be provided for.

So no further decree is needed to continue the mobilization. A crucial point for Putin, who is always careful to give his decisions a veneer of legitimacy.

In addition, the regular autumn call-up for military service has now ended. The military commissariats would again have the capacity to carry out the mobilization again.

Also, on December 21, Defense Minister Sergei Shoigu announced the need to increase the size of the army from 1.15 to 1.5 million people. In particular, the number of contract soldiers is to increase: if there were only 380,000 in 2021, it should be at least 521,000 by the end of next year.

But the number of volunteers who want to commit to military service is extremely small. Even Putin gave the number of those who volunteered in the course of the allegedly ended mobilization as 20,000. 20,000 out of 320,000 – even the head of the Kremlin did not dare to name a larger number.

Indeed, in recent months, military garrison courts have registered an increasing number of lawsuits from contract soldiers demanding their release for a variety of reasons, from personal circumstances to unwillingness to take part in the war with Ukraine. But since the end of September, the courts have been refusing the dismissals en masse, citing the effects of President Vladimir Putin's mobilization decree. The fifth article of this decree provides only three grounds for the dismissal of active-duty soldiers from the army: reaching the age limit, poor health and being sentenced to imprisonment.

It is extremely unlikely that Shoigu can now increase the army with contract soldiers. A new wave of mobilization would be the solution. The head of the legal protection organization "Citizens. Army. Law" agrees: "The defense ministry's attack plans in Ukraine were explained in the military council. Those who have been mobilized are being prepared for them. But supplies will be needed by the summer, and the defense ministry needs new soldiers. It takes three to four months to prepare them, so a new wave of mobilizations could be announced in about a month - that is, in January," Sergei Krivenko told BBC News in late December.

Russian legislation also shows that the Kremlin has no intention of ending the mobilization. In December, refusing to comply with a call-up notice was made a criminal offense. Anyone who does not appear at the military commissariat after receiving a call-up notice is now liable to prosecution.

However, as so often in the case of upcoming decisions in the Kremlin, the surest indication of an impending mobilization is propaganda. For weeks, the propagandists have been trying to make star life palatable to the Russians. As Vladimir Soloviev, one of the most well-known TV propagandists, explained in his nightly program: "Life is overrated. Why be afraid of the inevitable? Besides, since we're going to heaven!", he once again quoted his beloved saying of Putin, according to which Russians "go to heaven. And everyone else just dies."

"Death is the end of one earthly path and the beginning of another. So why be afraid of it? Let alone base your decisions on it," Soloviev continued. "As the classics say: It's only worth living for what is worth dying for."

Soloviev is far from alone with this philosophy. The Orthodox Church too uninhibitedly glorifies death. An orthodox priest recently achieved notoriety with a sermon. "A warrior's death is the best death ever," he declared from the pulpit. "People die like pigs in their own puke. They drink, eat, fall under the table and drown in their puke. What a death! (...) Then it's better with a gun in your hands for them To die at home - like a hero, like a man. It's best to say a prayer beforehand. A 'Lord, have mercy on me' and off we go to heaven." (Read here how the Russians are supposed to be made tempted to die.)

More meaningful than these praises of heroic death in the fight "for God and Fatherland" is what the propaganda is silent about. And that is the mobilization. Russian media were apparently banned from disseminating information about the mobilization, even if the source was the State Duma or the Federation Council. This was reported by two sources from the Russian state media "Moscow Times".

Meanwhile, Putin is trying to contain dissatisfaction in the country over the heavy losses. With a proven means: money. On Tuesday he signed a decree on "additional social guarantees for military personnel". According to this, the surviving dependents of the fallen will receive a one-time payment of five million rubles. Three million rubles are promised to those injured while serving at the front. That's the equivalent of around 65,000 or 40,000 euros - for most Russians, that's sums they couldn't even earn in 15 years.

When Putin came to power 22 years ago and the sinking of the Kursk submarine became his government's first crisis, he managed to pacify the survivors of the deceased sailors by making payments of money. But at that time there were 118 sailors who lost their lives. Western intelligence agencies have long since estimated Russian casualties in Ukraine at 100,000. Even if the Kremlin stubbornly remains silent about the losses and the state media is forbidden from even broaching the subject, so many dead people cannot be kept secret for long. Because the coffins and remains are increasingly arriving in the Russian villages. Even if most of the dead will never find their way home.

Cash payments are intended to comfort the bereaved for the loss. On state television, reports regularly flicker that tell of the payments. A report from the Russian provinces about a family that bought a Lada car with the money they received for their dead son has become notorious. (You can see the broadcaster Rossija 1's report in full length here.) His son has always dreamed of a white Lada, the father tells the camera and proudly presents the car. The point that the young man had to die so that the family could fulfill their dream of owning a car escapes the propaganda, as so often.

But contributions of this kind keep alive the hope of many that they too will be able to enjoy such sums. The propaganda itself unintentionally reveals that the promised funds are far from reaching everyone. Because the local MPs and governors want to distinguish themselves with supposedly good deeds. As in this post, in which the bereaved of fallen soldiers in the Donetsk Republic, which Putin has declared as Russian, are given a sack with food and hygiene items.

Here, too, the propaganda escapes the morbidity of the whole thing: the widows are given black plastic bags - the remains of the dead are usually returned to their families in exactly such bags. The scene is crowned by the scene: Makiivka. There, where hundreds of mobilized people died on New Year's Eve, while Putin prepared Russia for another year of war. 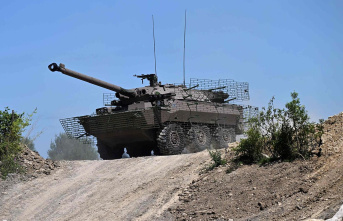