Candidacy for 2024: Donald Trump hopes for a comeback. But the signs are worse than ever

It's June 16, 2015 when Donald Trump slides down the golden escalator of a Trump Tower and proclaims, "Ladies and gentlemen. 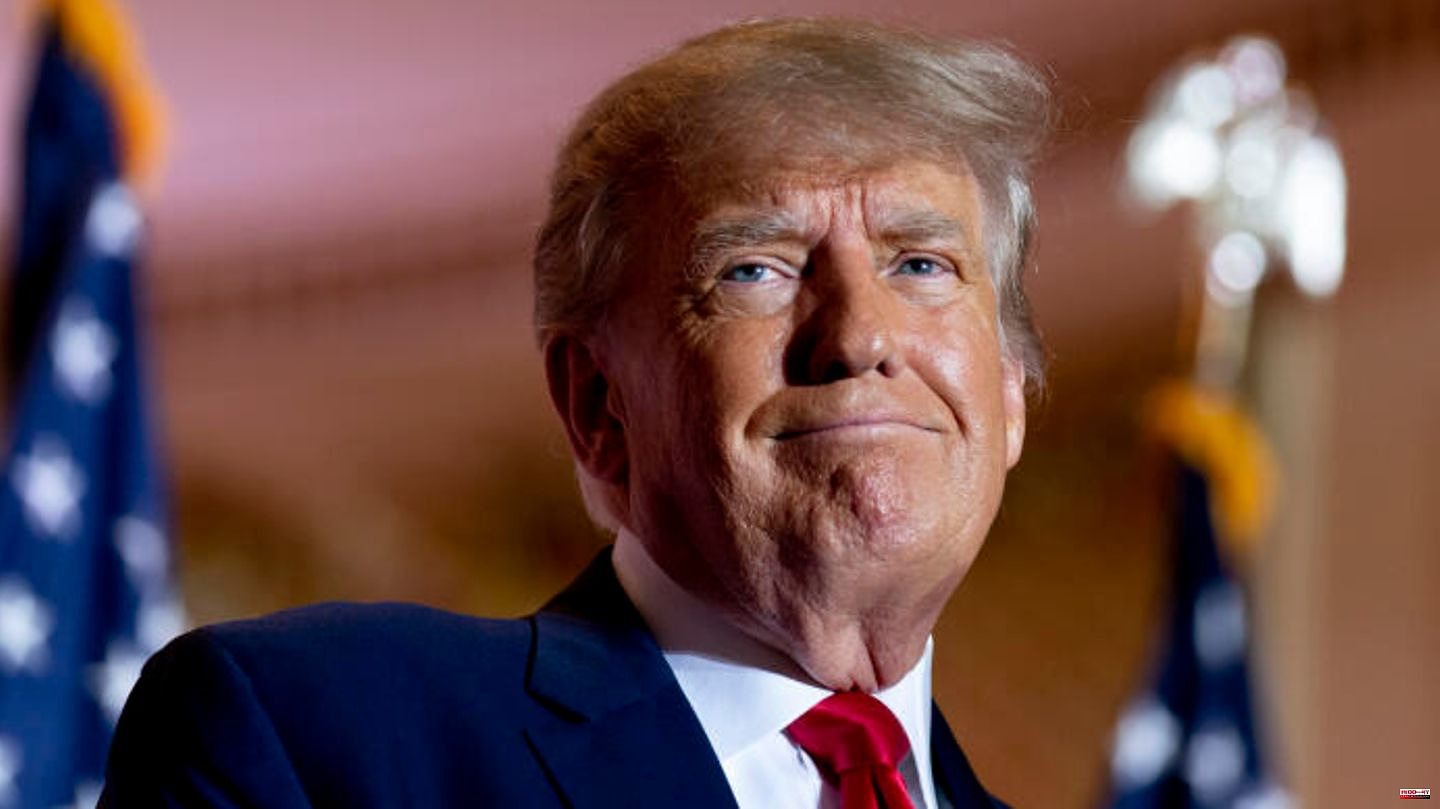 It's June 16, 2015 when Donald Trump slides down the golden escalator of a Trump Tower and proclaims, "Ladies and gentlemen. I am officially running for President of the United States and we will make our country great again."

Seven years and three lost elections later—midterms 2018, presidential election 2020, and this year's midterms—he's trying his luck again. During the much-heralded speech, this time at his Mar-a-Lago estate in Florida, it sounds like someone hit the repeat button: "To make America great and glorious again, tonight I submit my candidacy for the office of known to the President of the United States," announced Trump to the cheers of his supporters and immediately fell into his typical election campaign pattern.

For over an hour, he railed against Joe Biden for bankrupting the country with his "crazy radical left" ("we're getting poisoned") while extolling his own presidential record ("greatest economy ever") and repeated old promises ("expand the border wall with Mexico"). "America's comeback is starting right now," promises Trump.

But there is much to suggest that the hurdles for his own comeback are significantly higher this time.

When he ran for office seven years ago, Trump had a decisive advantage: politically speaking, he was still a blank slate. In his case, no official experience did not mean bad official experience. As the new shooting star on the political stage, he was able to promise voters the moon and heaven without critics being able to point fingers at past failures. Now it is over.

While Trump can certainly point to political successes after his time as President - including tax cuts, criminal justice reform and the conservative orientation of the Supreme Court - he has fallen short of many campaign promises. In his four years in the White House, he neither managed to overturn the controversial Obamacare health insurance reform, as ohm had planned, nor to realize his much-heralded investments in infrastructure. Added to this is his inadequate handling of the corona pandemic, in which he downplayed the danger of the virus and had to accept non-partisan criticism.

But Trump not only has to answer for his political mistakes, but also for the way he handled the end of his presidency and the attack on the Capitol. The images from January 6, 2021, when thousands of Trump supporters, some heavily armed, stormed the Capitol and temporarily halted the peaceful transfer of power, are burned into the minds of Americans. Trump himself then had to face a second impeachment trial in Congress, where he was charged with "inciting sedition" for publicly goading his supporters.

Now this year's midterms have shown that "January 6th" - and thus also Trump's agitation against alleged election fraud - still casts shadows. The majority of Trump's hand-picked candidates who busily peddled his stolen election lie were punished in the midterm elections. Many of them performed noticeably worse than other Republican candidates who had not engaged in anti-election propaganda. Quite a few in the "Grand Old Party" (GOP) blame the ex-president personally for the disappointing mid-term results.

Not only have the Midterms made Trump look bad about his candidates, they've given his intra-party competition a fresh boost. At the forefront was Florida Governor Ron DeSantis, who was re-elected with a strong result, showing that he too can win over conservative voters. Although the 44-year-old represents similar hardliner positions to Trump himself, he seems much more serious in his appearance. It is still unclear whether he will run, but in Washington the robust governor has long been traded as a possible front runner. A direct comparison also shows that he could become a threat to Trump: According to surveys among Republican voters in Iowa and New Hampshire - the first states to be considered in the nomination process - DeSantis leaves the ex-president behind by a double-digit gap.

And other Republicans may feel encouraged by Trump's shaky position to break cover. Trump's Vice President Mike Pence has already distanced himself by announcing that he is considering running for office and would also be willing to run against his former boss. From the more moderate corner of the party, Virginia's governor Glenn Youngkin or Trump's archenemy Liz Cheney could also come into play.

With his early announcement of his candidacy, Trump wants to take the wind out of the sails of the competition, especially DeSantis. But his advance shortly after the midterm elections, which disappointed Republicans, carries risks. Leading up to his announcement, leading voices in the GOP warned that "Trump fatigue" had already contributed to the 2020 defeat and that voters would need a break even more after 2022. Shortly before his announcement, even Senator Lindsey Graham flew to Florida to personally pray to Trump to postpone it - to no avail.

The first polls after the midterms also confirm that the ex-president's popularity is rapidly declining. This plays a role above all in those key states that he would have to win over for a new presidency. In New Hampshire, for example, only 30 percent of voters said they supported a renewed Trump candidacy, and in Florida it was just 33 percent.

In addition, it is becoming increasingly clear that even those conservative media outlets that once served Trump as a mouthpiece - above all Fox News and others belonging to the Murdoch empire - increasingly see the ex-president on the decline. "The biggest loser? Donald Trump," Fox News columnist Liz Peek commented on the Republican defeat in the midterm elections. The "New York Post" now mocked him with a caricature on their front page, after they had also celebrated DeSantis as "DeFUTURE" on the front page the day before. And the editors of the "Wall Street Journal" simply described the ex-president as the "biggest loser of the Republican Party".

One of the reasons the ex-president might be so keen to move back into the White House, aside from the almost limitless exposure, is the immunity from prosecution that comes with the office. An advantage that could have very real consequences for Trump. After all, he is involved in several legal disputes that could be dangerous for him. In Georgia, he has to answer for allegations of vote rigging with a view to the 2020 election. In New York, there is a civil fraud case against his business empire, a sexual assault defamation lawsuit, and investigations into his role in the Capitol storm and his handling of classified documents confiscated by the FBI.

Any of these investigations could lead to tangible lawsuits that have the potential to set the headlines and derail Trump's campaign plans. According to legal experts, he could face massive fines or even imprisonment in the worst case.

There is also a look into the past. Only one president in the history of the United States has won a second term at a second attempt -- and that was more than 100 years ago. In 1892, Democrat Grover Cleveland, who had been ousted from the White House by Republican Benjamin Harrison after his first term in office, took revenge and this time won the election. Since then he has been the 22nd and 24th President of the USA. Of the nine other presidents who were voted out after one term, only one other ever ran: Martin Van Buren, who lost the Democratic nomination in 1844 and four years later ran unsuccessfully as the candidate of the so-called "Free Soil Party."

And yet 2016 taught the world that anything is possible in the USA. Even if the hurdles he has to overcome both inside and outside the party seem higher than they were seven years ago, it would be a mistake to write off the ex-president prematurely.

As the "New York Times" journalist and Trump expert Maggie Haberman puts it in a nutshell, the Republicans are still a Trump party and Trump is still the strongest candidate. 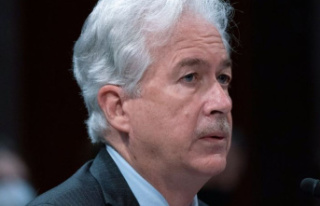