Bundestag: commemoration of the national day of mourning under the sign of the war

The victims of war and tyranny were remembered with a central commemoration event in the Bundestag on the day of national mourning. 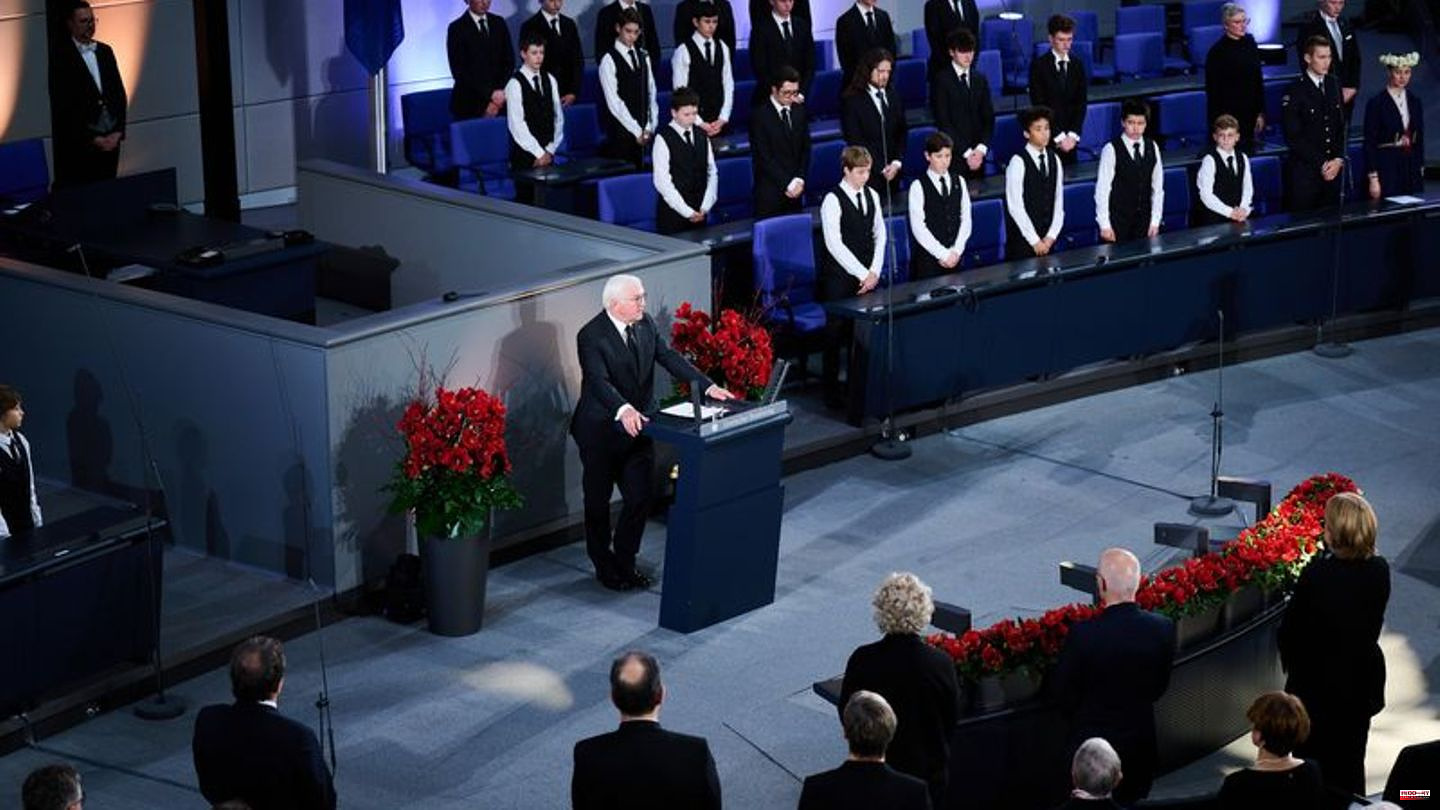 The victims of war and tyranny were remembered with a central commemoration event in the Bundestag on the day of national mourning. Federal President Frank-Walter Steinmeier spoke the traditional commemoration of the dead on Sunday. A central theme at the event was the Russian attack on Ukraine.

As a guest speaker, Latvia's President Egils Levits called for internal and external strengthening of democracy. History shows that a weakness in democracy can lead to war and violence, Levits said in his memorial speech, which was held in German. He called on the countries of the European Union to invest "duly" in their defense and show solidarity with those fighting for democracy and common values.

The Latvian President paid tribute to Germany's handling of its own history. German society has built a solid foundation of democratic values ​​by "relentlessly coming to terms with its past". Russian society has never done that. "This inability to come to terms with the past paved the way for the rebirth of the crude ideology of Russian imperialism," he said, referring to the war of aggression against Ukraine. Democracy and the West as its embodiment are actually the much greater enemy of this "violent ideology".

Every year on the Day of National Mourning, the victims of war and tyranny are commemorated in the Bundestag. The national day of remembrance - always two Sundays before the first Advent - has been celebrated in Germany since 1919, introduced by the Volksbund Deutsche Kriegsgräberfürsorge founded in the same year. Originally it was about showing solidarity with the families of the victims of the First World War. The Federal Republic now commemorates all victims of war and tyranny.

Steinmeier, Levits and leading representatives of the Bundestag, Bundesrat and Bundeswehr first laid wreaths in the central memorial of the Federal Republic in the Neue Wache in Berlin before the memorial hour in Parliament.

Harbarth: An attack on the free world

The President of the German War Graves Commission, Wolfgang Schneiderhan, said in the Bundestag: "In today's commemoration of the victims of war and tyranny, we include the dead and injured of the Russian attack. The cry "Never again war! ""

The President of the Federal Constitutional Court, Stephan Harbarth, said at a commemoration event in Stuttgart that the message of the Day of Remembrance has seldom been as urgent as it was this year. According to the manuscript of his speech, he warned that a war in violation of international law was raging in the middle of Europe and was shaking the foundations of the European peace order. The attack on Ukraine is an attack on the free world. However, the commitment to freedom and democracy has a radiance that is superior to any dictatorship in the long run.

Former Federal President Joachim Gauck also recalled the suffering of the war in Ukraine on the day of national mourning. "We live in times when there is war again in Europe, when an inhuman regime is again threatening freedom and peace," he said, according to a previously distributed speech manuscript at a military cemetery in Sinzig (Rhineland-Palatinate). And no one knows how far the ambitions of Russian President Vladimir Putin will go in restoring a Greater Russian empire. "Nobody can say that attacks on NATO territory, especially on the Baltic States - or further attacks on Georgia or Moldova - are excluded," he warned.

Volksbund President Schneiderhan, inspector general of the Bundeswehr from 2002 to 2009, had previously called for greater efforts to be made to talk to Russians. The churches should look "whether there are still civil society links in Russia," Schneiderhan told the German Press Agency. "There will be an after. Russia will not disappear from this world map." The coming challenges would be complex and complicated and different "than in 1945 after Germany's last defeat". "This situation will not be repeated in the same way. The road to peace and reconciliation will become much more difficult." 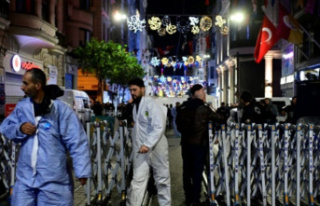 Six dead and dozens injured in attack in central Istanbul