The song that Liz Truss chose for her grand entrance seems like a caricature of the mood in her Conservative Party. 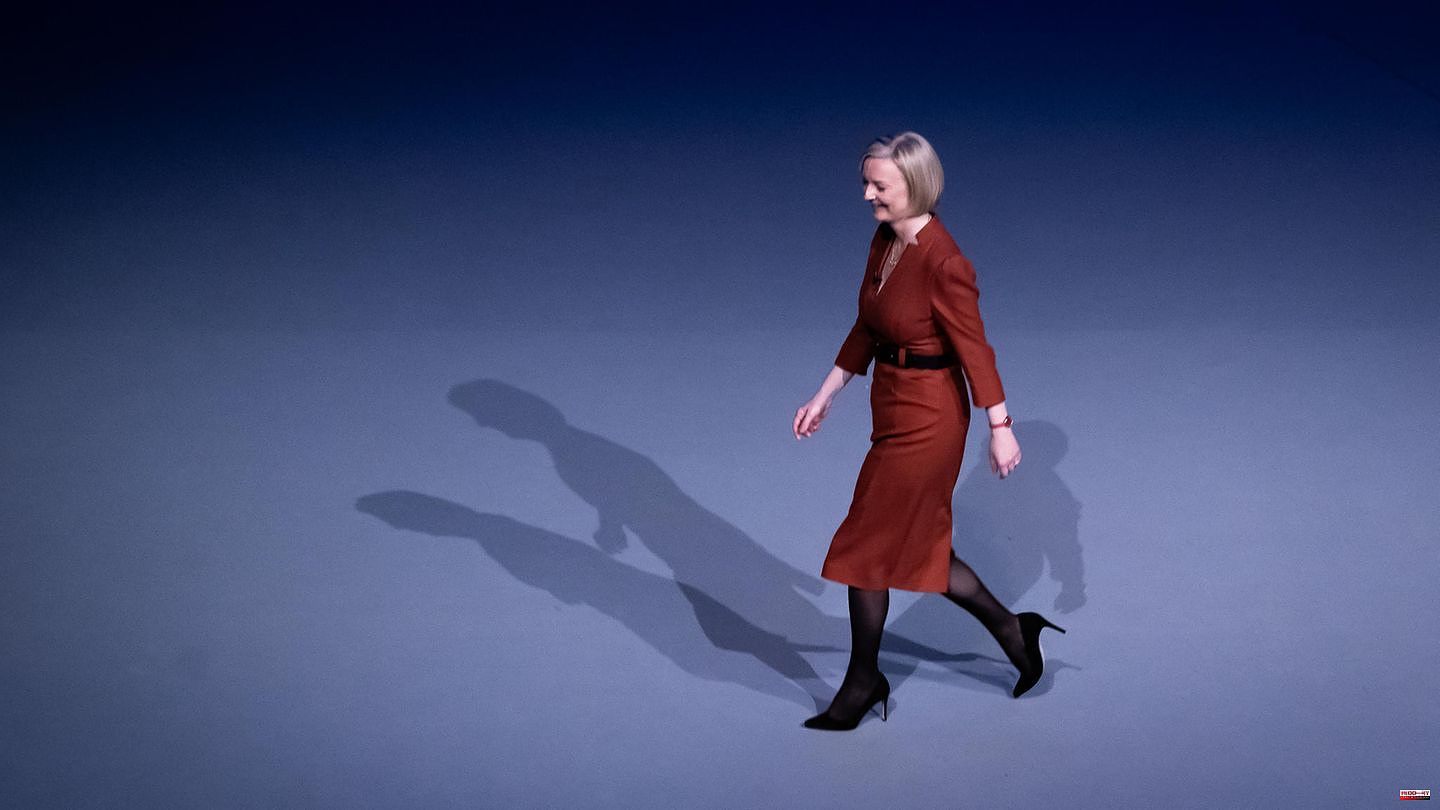 The song that Liz Truss chose for her grand entrance seems like a caricature of the mood in her Conservative Party. "Nothin' can stop me" - nothing can stop me - sounds from the speakers when the British Prime Minister bounces onto the stage at the end of the party conference in Birmingham. In fact, it seems that Truss has already been stopped after only four weeks in office. From their own mistakes and their party.

For observers, but also for many members, the party conference, the first important appearance for Truss, seems like a doomsday party. One participant felt reminded of the Titanic, on which people were still dancing, when the Tories were drinking champagne. Another says: "The party is imploding before our eyes." The "Telegraph" reporter Christopher Hope judges: "This party conference looks like a circus without a ringmaster. The lions have already eaten an acrobat – and are gnawing on another."

The problem is evidently at the top: Truss got off to a false start. After the scandalous years of her predecessor Boris Johnson, the 47-year-old had promised to restore trust in the government. It is also emblazoned on mugs and T-shirts: "In Liz We Truss" - "We trust Liz Truss", the pun is supposed to mean. The truth is different. "She lost trust because she says one thing and then something else happens," says Tim Durrant of the Institute of Government think tank.

In an interview, Truss had to be asked whether her statements would still stand up to the broadcast the next morning. Because the day before, Truss had defended the planned reduction in the top tax rate in pre-recorded interviews. When the talks were broadcast the following day, the government had already made a complete about-face. MPs who are actually attached to the head of government are now unsettled, their opponents sense the dawn. Ex-Minister Grant Shapps, whom Truss had fired, gave her ten days to get things working. Others just feel sorry.

The event in Birmingham has little to do with a party conference of the kind known from Germany, where election programs or party offices are voted on. The English term "conference" is more apt: in smaller rooms in the midst of the confusing conference center, ministers, ordinary members of parliament, lobbyists and external commentators debate various topics. Individual party groups such as the Conservative Friends of Somaliland, as well as lobby groups and companies, present themselves at stands. It has the character of a trade fair. But it offers space for many rounds of talks in which resentment increases almost every hour - on all sides.

"I am disappointed that members of our party staged a coup and undermined the prime minister in an unprofessional manner," said Interior Minister Suella Braverman. The open rift in the party has already reached the cabinet, and some are already talking about an "open war." Penny Mordaunt, who plays a central role in government as Minister for Parliamentary Affairs, made it clear that social benefits should be increased in line with high inflation. Truss is aiming for a smaller increase and wants to save billions - at the expense of poorer people, as critics accuse her. Mordaunt's open replies are "completely amazing," says expert Durrant.

Right from the start of her tenure, Truss painfully felt the tide change. The conservative newspaper "Daily Mail", which had supported her in the party's internal election campaign, called on the 47-year-old on its front page: "Get this under control!" Johnson confidante Nadine Dorries, who had originally also spoken out in favor of Truss, criticized the Prime Minister for having distanced herself from the actual government program. If Truss wanted her backing, she should call new elections, Dorries said - knowing that polls show historically negative values ​​for the 47-year-old and that the Conservatives are threatened with an unprecedented defeat.

Expert Durrant emphasizes that Truss only has the necessary majority on paper to get its projects through parliament. Truss' competitor Rishi Sunak received more votes in the group's internal votes on Johnson's successor, and their lead in the final member vote was also rather narrow. The fact that she did not appoint any opponents to her cabinet could also harm her. "There is a lot of internal opposition to the government," says Durrant.

Nothing can stop Truss? Mockers were quick to point out that the rousing song "Move It All Up" by the British band M People, from which the line comes, also says: "You're movin' on out" - "You're leaving now". Ironically, the son of singer Heather Small did not miss the punch line. "This tired and aloof government is indeed on its way out," tweeted James Small-Edwards. He is a councilor in London – for the opposition Labor party. 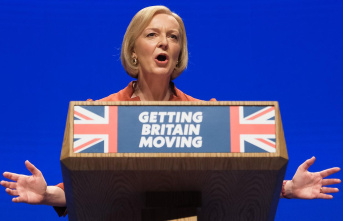