Battle for Prime Ministership: Rishi Sunak – a multi-millionaire on his way to Downing Street

Great Britain looks like a political banana republic these days. 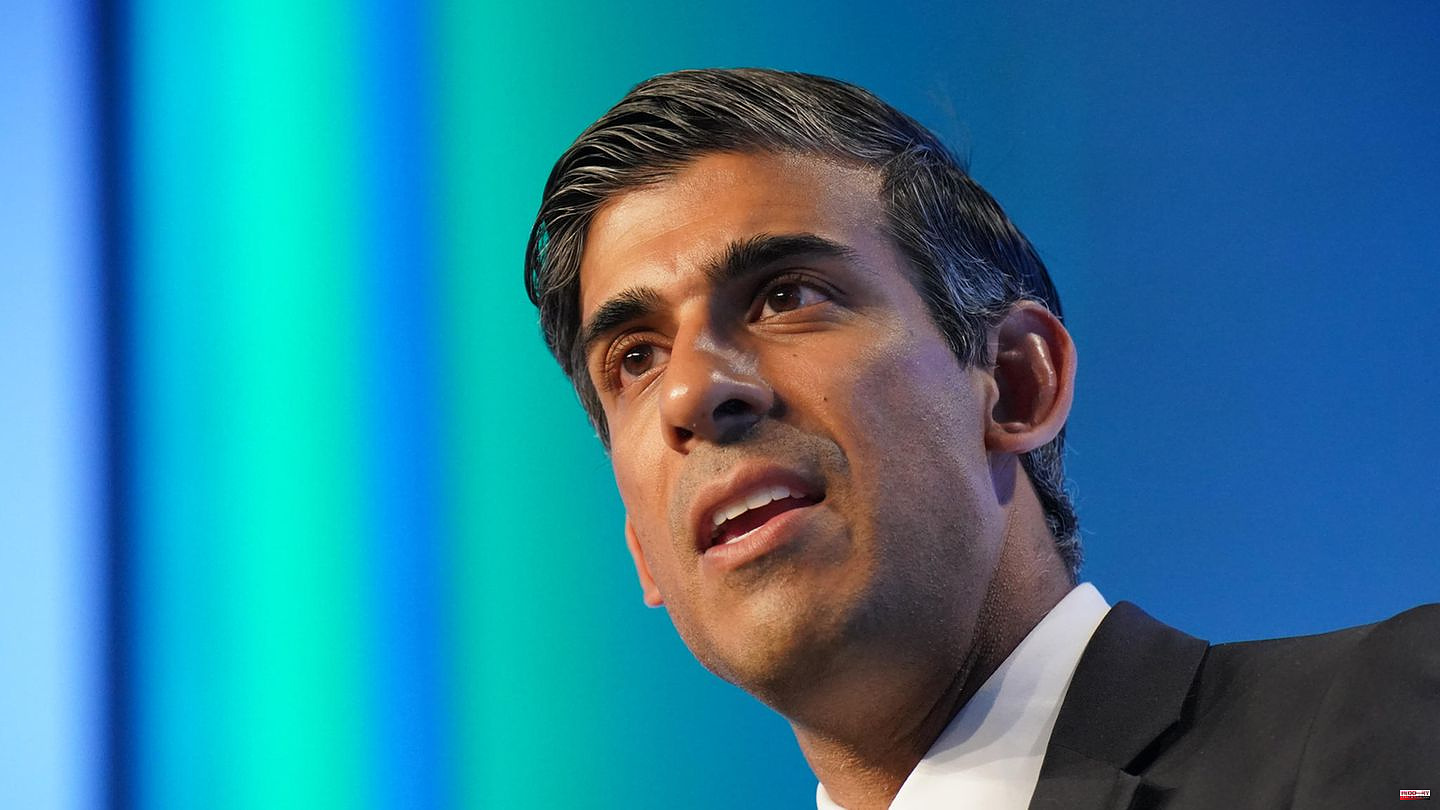 Great Britain looks like a political banana republic these days. The ruling Tory party is mired in chaos. First Boris Johnson resigns as Prime Minister of the country, Liz Truss becomes his successor. But she resigns after 44 days in office. And after it briefly looked as if "Bojo" wanted to go back to No. Downing Street. 10, Rishi Sunak now has the best chance of becoming the new prime minister.

According to the BBC, more than 140 parliamentarians have publicly spoken out in favor of the ex-finance minister. Only those who can claim the backing of 100 MPs from the Tory parliamentary group have a chance of holding office.

In addition to Sunak, Minister Penny Mordaunt, who is responsible for parliamentary issues, is also running, and by Sunday evening she had fewer than 30 supporters behind her. It is considered unlikely that enough MPs will still vote for Mordaunt.

If Sunak remains the only candidate in the competition to succeed Liz Truss who achieves the necessary support, he will immediately become party leader and prime minister on Monday. He wants to lead the country through the crisis with "integrity and professionalism," Sunak wrote on Twitter when he officially announced his candidacy on Sunday.

"The UK is a great country but we are facing a deep economic crisis," wrote the 42-year-old. He announced that he wanted to "fix our economy, unite our party and do something for our country". Sunak would be the first British leader from an ethnic minority background in Britain.

Former banker Sunak - a Brexit supporter - was finance minister from 2020 until last July, before resigning in protest at Johnson's numerous affairs, contributing to the premature end of his term. In early September, Sunak lost to Truss in the race to succeed Johnson.

Sunak can present himself as a candidate capable of uniting the party. He benefits from the fact that in the last election campaign for party leadership he warned of the very financial chaos that Truss was causing with her economic policy.

Born in Southampton in 1980 to Indian immigrants, Sunak studied politics, philosophy and economics at Oxford, where he graduated with top marks. He later earned a Masters of Business Administration from Stanford University in California. There he met his current wife, Akshata Murty, with whom he now has two children.

Sunak later worked for the investment bank Goldman Sachs and was a partner in two hedge funds. In 2015 he became a member of the British Parliament.

His background is important to him, says the ex-finance minister. "My parents emigrated here, so there's this generation of people who were born here, whose parents weren't born here, who came to this country to build a life," he said in an interview with the BBC in 2019. As a Hindu, he went to the temple at the weekend, but also to football games.

He has experienced little racism. He only remembers one incident. According to his descriptions, he was with his younger brother and sister in a fast food restaurant. "There were people sitting nearby - it was the first time I experienced it - who said some very uncomfortable things. (...) And it hurt. I still remember it. It burned in my memory. You can open many different ways to be offended.

During his time as a banker, Sunak was able to accumulate a not inconsiderable fortune: he is one of the richest Britons in the kingdom. Sunak and his wife Akshata Murty are ranked 222nd out of 250 on The Times' 2022 Rich List - with a combined fortune of around £730m. That's the equivalent of more than 860 million euros. The couple also own several properties valued at around £15million.

According to the British newspaper "The Guardian", Sunak is the first top politician in the country to be counted among the richest people in Great Britain.

But where did Sunak, a former hedge fund manager, and his wife get the money?

Rishi Sunak was already a multimillionaire in his mid-twenties, the "Times" reported in 2020. However, Sunak never spoke publicly about his fortune. According to information from The Sun newspaper, also from 2020, his net worth was estimated at around £200m.

Sunak's wife Akshata Murty, who was said to be "richer than the Queen", contributes a large part of the fortune. Her personal wealth is estimated at around £430 million, according to the Metro newspaper. The late Queen Elizabeth II was worth £350 million.

The heiress to a multi-billion dollar fortune, who was born the same year as her husband, was born into an Indian family of entrepreneurs, as the BBC writes. Her family earned their money in the IT industry, among other things. Her father Narayana Murthy co-founded Infosys, one of the largest companies in India, which operates in around 50 countries, according to the BBC. In 2021, the company made a turnover of 13.5 billion US dollars.

According to Forbes magazine estimates, Narayana Murthy's net worth is £4.4 billion - the equivalent of more than €5.1 billion.

Akshata Murty also owns shares in Infosys, according to the BBC – 0.9 percent according to the IT company's annual report. Their stake varies in value but is estimated at around £700m. She also receives annual dividend payments on the shares, which totaled £11.6m last year, the broadcaster said.

Murty is also a director of Catamaran Ventures UK, which invests in start-ups, according to her LinkedIn profile. She and Sunak founded the company in 2013, according to the BBC. Sunak stepped down as director in 2015 when he became an MP. A year later, his wife became the majority shareholder. In 2020, Catamaran Ventures UK reported the value of its investments as £3.5million.

Questions surrounding Rishi Sunak and his wife's personal wealth have tarnished the reputation of Britain's first Hindu finance minister. There was also criticism for tax tricks.

It was revealed in April, according to TV channel ITV, that Murty had a so-called "non-dom status", which normally applies to someone who was born abroad and spends a large part of his time in the UK, but a different one nonetheless country as his permanent residence.

It is estimated that Murty could have saved £20m in tax on dividends from her shares in Infosys with "non-dom status", according to ITV. Murty later agreed to pay UK tax on her foreign income and Sunak was acquitted of breaching the Ministerial Code.

But Sunak himself was also criticized for possible tax benefits. The Independent newspaper reported in April this year that he was a beneficiary of tax haven trusts when he was finance minister. Trusts in the British Virgin Islands and the Cayman Islands, which were formed to help manage the tax and business affairs of his wife's family interests, according to The Independent, name Sunak as a 2020 beneficiary.

Trusts are mergers of several companies "which give up their legal and economic independence in contrast to a group. The merger of companies to form a trust takes place either through the takeover of the assets of the transferring company by another company or through the merger of the companies and the formation of a new company". , according to the Federal Agency for Civic Education.

Politicians with equity portfolios and investments routinely set up "blind trusts" when they land government jobs, according to the BBC. This allows them to continue earning income from their investments without knowing where the money is invested. The aim is to eliminate potential conflicts of interest when making economic policy decisions that could bring them more money. A practice that is controversial.

Sunak therefore founded his trust in 2019. The Ministry of Finance said at the time that Sunak "had faithfully followed the ministerial code". According to the BBC, former Prime Minister Theresa May also had such a trust.

During the last summer election campaign, Sunak wore outrageously expensive shoes from the luxury brand Prada when visiting a construction site. In addition, a video from Sunak's student days surfaced, in which the then 21-year-old said of his circle of friends, which consisted of "aristocrats, people from the upper class and, well, from the working class" - and then added: "No, from the working class Not". 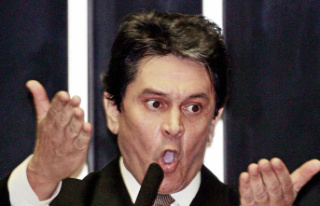