Asylum and migration policy: Bundestag passes chances of residence - tear through the Union 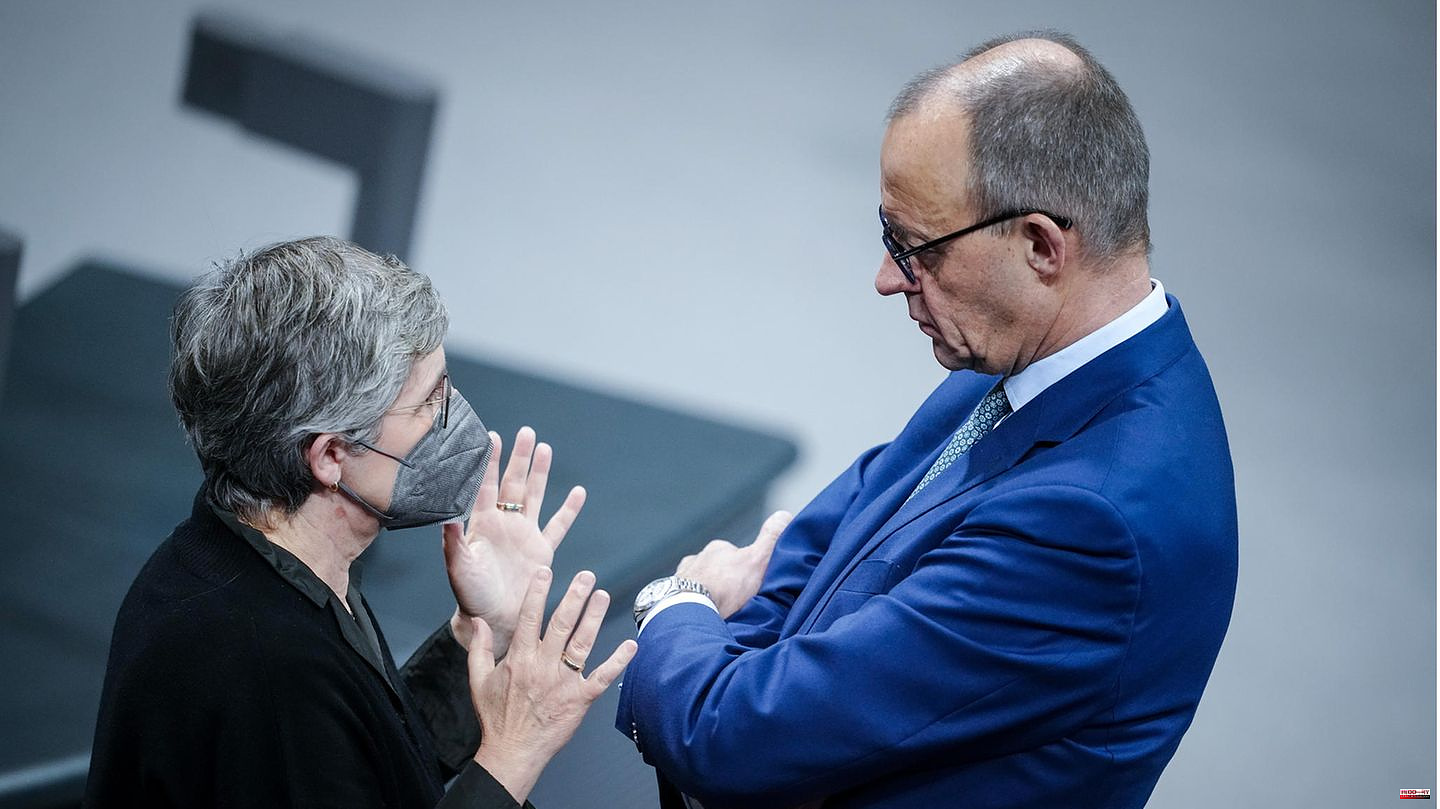 It is intended to offer prospects in Germany to well-integrated foreigners who have been living in Germany for several years without a secure status. Anyone who has lived in the country for five years as of October 31, 2022 and has not committed a crime should have 18 months to meet the requirements for long-term residence. This includes, for example, knowledge of German and securing your own livelihood.

The debate about the project revealed that CDU MPs in particular, who have worked closely with former Chancellor Angela Merkel (CDU) for years, do not position themselves so clearly against the reforms of the SPD, Greens and FDP in asylum and migration policy want like the domestic politicians of the Union faction.

In a roll-call vote on Friday, 371 members of the coalition voted in favor of the SPD, Greens and FDP bill. A total of 226 parliamentarians voted against: 157 members of the Union, 66 AfD members and three non-attached members.

The 57 MPs who abstained included 3 MPs from the FDP and 20 members of the Union faction, including former Prime Minister of North Rhine-Westphalia Armin Laschet, former Chancellor Helge Braun, Monika Grütters and Serap Güler.

All 33 MPs from the left-wing faction who cast their votes, as well as one non-attached person, also abstained. The roll-call vote had been requested by the traffic light coalition, probably to make the differences of opinion in the Union faction clear.

In the final consultation, members of the Union accused the traffic light coalition of rewarding rejected asylum seekers with their planned right of residence who had not contributed to clarifying their identity for years. In the end, they would be better off than honest foreigners who disclosed their identity and could therefore be deported more easily.

Deputy parliamentary group leader Andrea Lindholz (CSU) said it would be better to focus "on those really entitled to protection". There are already enough exceptions and pragmatic solutions for well-integrated long-term tolerated persons.

Clara Bünger (left) pointed out "that there are countries and embassies that do not issue these papers". The CDU politician Detlef Seif admitted: "This group of people that you described exists." However, this problem will not be solved by the reform of the traffic light coalition.

SPD domestic politician Helge Lindh said that many people wanted to settle and integrate in Germany was "a compliment for this country". The domestic policy spokesman for the SPD parliamentary group, Sebastian Hartmann, called for it to be time to end the "cramped immigration and asylum policy". His parliamentary colleague Adis Ahmetovic reported on his own difficult time as a tolerated person. He said the Opportunity Residence Permit is "a sign of fairness, participation, recognition and respect."

There are also many companies in the constituencies of many Union MPs where people work who could benefit from the new regulation, said the Green migration expert Filiz Polat.

In principle, the draft law adheres to the fact that a residence permit should only be granted if the identity has been clarified. However, it also offers this possibility if a foreigner has "taken the necessary and reasonable measures for identity clarification".

In the parliamentary deliberations, the FDP had insisted that only those who had spent at least a year with a toleration in Germany after completing their asylum procedure could benefit from the new regulation. In this way, the Liberals want to prevent someone from possibly belonging to the circle of those who are eligible for a long-term stay after a very long asylum procedure and a deportation that has failed due to practical hurdles.

Federal Minister of the Interior Nancy Faeser (SPD) explained: "We are ending the previous practice of chain tolerance. In doing so, we are also ending the often years of insecurity for people who have long since become part of our society."

1 State visit: Macron in the USA: A lot of glamor and... 2 Report: Real Madrid have United star on the list 3 Joe Biden invites you to the state banquet: Stars... 4 USA: "Monkey" was written on her cup: a... 5 Tradition: The Christmas tree is increasingly becoming... 6 Weak second half: "We gave our all": Spain... 7 Drop in quotas for the DFB team: fewer spectators... 8 Harry and Meghan's documentary trailer: A declaration... 9 ARD documentary on Reinhardswald: Dear Hessian Broadcasting... 10 Car importers: the slack on the new car market continues 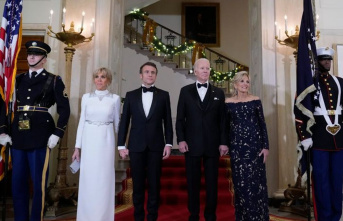 State visit: Macron in the USA: A lot of glamor and...