Shortly before the top meeting between US President Joe Biden and China's head of state Xi Jinping, the fronts between the two rivals are harder than ever. 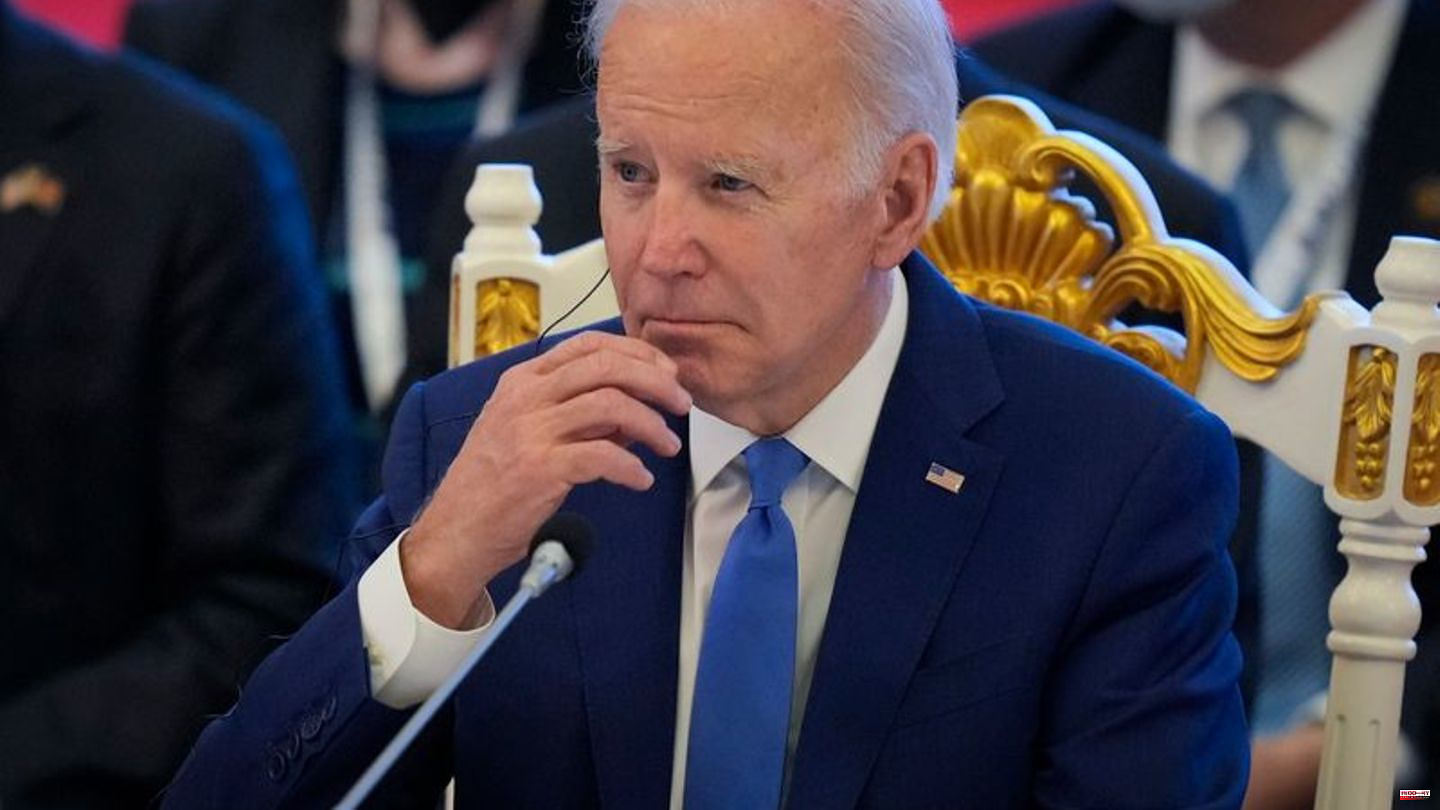 Shortly before the top meeting between US President Joe Biden and China's head of state Xi Jinping, the fronts between the two rivals are harder than ever. Freshly strengthened by the electoral success of the Democrats, Biden took a clear stance against Beijing the day before the meeting on the Indonesian island of Bali. At the summit of the Southeast Asian group of states Asean in Cambodia, the US President spoke out against China's territorial claims in the South China Sea and its threats against Taiwan.

Biden and Xi meet on Monday, a day before the start of the two-day Group of Leading Economists (G20) summit in Nusa Dua, Bali, where Chancellor Olaf Scholz is also expected. It is the first personal encounter between the two top politicians since Biden took office almost two years ago. Relations are at an all-time low and tensions are mounting.

Biden expects frank exchanges with Xi Jinping. He wanted to show the "red lines". "I know him well. He knows me," said the US President. "I've spent more time with him than any other leader in the world," Biden said, referring to his previous meetings with Xi Jinping when they were both vice presidents. "We always had open discussions." There were "never any misunderstandings" between them. "I think that's crucial for the relationship."

What are the US and China fighting about?

The list is long: China's backing for Russian President Vladimir Putin after his invasion of Ukraine, trade war and US sanctions, China's saber-rattling against democratic Taiwan and its territorial claims in the South China Sea. China accuses the US of wanting to hinder its rise in the world. The US increasingly sees China as a rival and a threat.

Biden called the decision of the International Arbitration Court in The Hague, which dismissed China's claims in the South China Sea as unlawful in 2016, "final and legally binding." The freedom of navigation and overflight must be respected.

China is at odds with Japan over parts of the East China Sea and also claims around 80 percent of the South China Sea. Asean countries also claim islands, atolls and reefs. To advocate freedom of navigation, US warships are demonstratively operating in the sea area, repeatedly encountering Chinese naval ships. A third of the world's shipping traffic passes through the resource-rich sea area.

The US President also called for "peace and stability" in the Taiwan Straits. Beijing threatens to conquer Taiwan. It considers the island part of the People's Republic, while Taiwan considers itself independent. The US has committed itself to Taiwan's ability to defend itself, which has so far mostly meant arms deliveries. But Biden has gone further than his predecessors and has promised help from US troops in the event of an attack.

The US needs China's cooperation

Biden underscored that the US wanted to compete vigorously with China in the world. They also wanted to draw attention to human rights violations. At the same time, however, the communication links should be maintained "to prevent the competition from degenerating into a conflict," as the White House announced.

Both countries must work together: Biden is looking for a "constructive role" for China in the conflict with North Korea over its missile launches and the risk of a new nuclear test. If North Korea continues like this, the US is only likely to increase its military presence in the region, said National Security Adviser Jake Sullivan. China has a vested interest in curbing North Korea's "worst tendencies."

China and US are courting Asean countries

At the summit, the ASEAN countries were courted from two sides. "Asean is central to my administration's Indo-Pacific strategy," Biden said. Both sides elevated their relationship to the level of a "comprehensive strategic partnership," as previously announced. Chinese Premier Li Keqiang pointed out that China and Asean agreed on such a "comprehensive strategic partnership" a year ago.

In addition to Brunei, Indonesia, Malaysia, the Philippines, Singapore, Thailand and Vietnam, the ASEAN also includes those with close ties to China such as Cambodia, Laos, Myanmar and soon East Timor.

Russia accuses US of hegemony

Russia's Foreign Minister Sergei Lavrov sided with China, accusing the United States and NATO of wanting to assume supremacy and "swallow" the Asia-Pacific region. Their militarization of the region is aimed at "limiting China and Russian interests in the region". Lavrov travels on from the Asean meeting to the G20 summit in Bali. He is representing President Putin there, who had canceled his participation.

Although Lavrov and his Ukrainian counterpart Dmytro Kuleba were in Phnom Penh, they did not meet. Lavrov did not ask him to meet, as is customary in international diplomacy, Kuleba said. "There is not a single indication that Russia is serious about negotiations."

The ASEAN meeting was the start of a series of three summits: The G20 summit on Tuesday and Wednesday will be followed by the Asia-Pacific Summit (APEC) on Friday and Saturday in Thailand's capital Bangkok. 21 countries around the Pacific are working together in the APEC forum. The G20 includes the European Union and the strongest economies on all continents 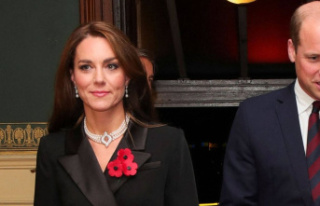 Princess Kate: With these pieces of jewelry she honors...