Few talk about what is being rushed through in eastern Ukraine. 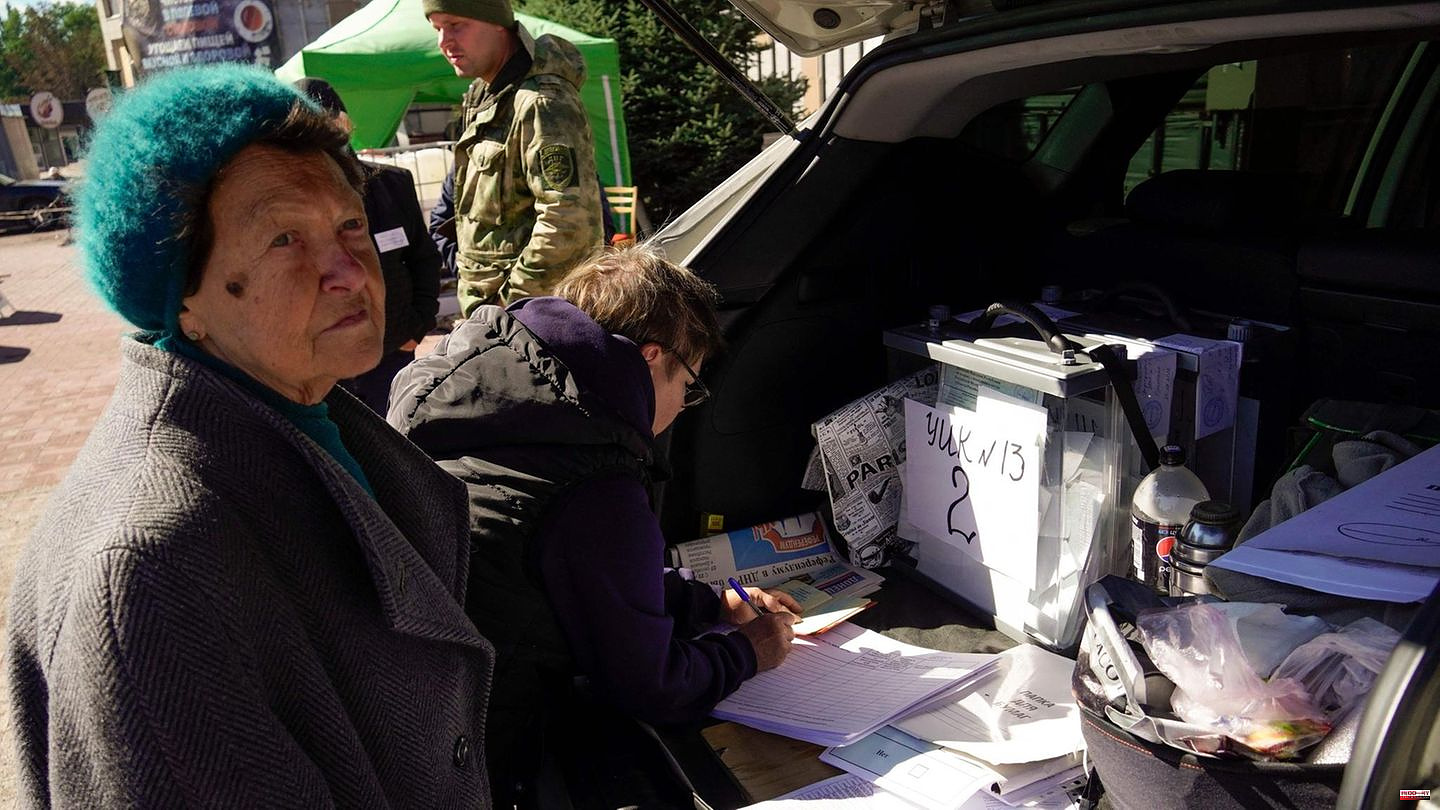 Few talk about what is being rushed through in eastern Ukraine. Anyone who speaks out publicly about the sham referendums in the Russian-occupied territories would rather not see their name in the press. The fear of possible consequences is far too great. For example with a young woman from Zaporizhia. Her brother voted against the annexation of the Donbass to Russia, she reports in an interview with German journalists. But that doesn't matter, because the result stands - regardless of the crosses on the votes cast.

The sham referendums on accession to Russia held in the occupied areas of Cherson, Donetsk, Luhansk and Zaporizhia are sharply condemned internationally. UN Secretary-General António Guterres described the planned annexation as a "violation of the UN Charter and international law".

The attitude of the Donbass residents towards the sham referendums: rather resigned. "The people who cast the votes don't decide anything. The people who count the votes decide everything," says a 60-year-old from Cherson, who also wants to remain anonymous, describing the situation in his region. How many will ultimately dare to vote against the union with Russia is uncertain. He assumes that the majority of those living there will vote in favour. Everyone else had already left the region. Those who vote for the annexation do so without coercion.

But not everyone sees it that way. Example Zaporizhia. The young woman did not vote, as she says herself. That's why she fears the soldiers who, armed with guns, ballot boxes and ballot papers, go about collecting the votes from practically the doormats of the remaining Ukrainians. The governor of the Luhansk region, Serhi Haidai, reported in an online interview that the Russian-backed officials took down the names of residents who voted against Russia. The young woman from Zaporizhia does not confirm this. The officers didn't even ask for ID or other papers when they rang her parents' doorbell.

In this context, the deputy head of the regional parliament, Yuri Sobolevsky, speaks of an "absurd theatre". The woman from Zaporizhia calls the "referendum" a "farce". "I'm sure that these voices don't matter anyway. Everything has already been decided," she says.

Residents seem to tacitly accept that Russia is about to annex the region. There aren't many options for them anyway. Refugees are prevented, especially men between the ages of 18 and 63. This feeds the fear that they will be recruited for the Russian war of aggression. That's not unlikely. If the Donbass is annexed and the residents receive Russian citizenship, they too can be sent to the front. Former Ukrainians would then have to fight on home soil alongside the attacker against their homeland, perhaps even against former comrades, acquaintances, friends or family members.

"There are already rumors that volunteer battalions are being set up here. I don't know if that's true, but people are talking about it," says the young woman from Zaporizhia.

The mayor of the occupied city of Melitopol in southern Ukraine, Ivan Fedorov, fears the same. In an interview with the newspapers of the Funke media group, he reiterated: "They will force the men to fight in their armed forces." That's why the men were advised to leave Melitopol for Crimea and from there to Georgia or the EU "But now the town and villages in the region are sealed off." Traveling between towns and villages has been banned by Russia.

But even in Crimea, people are hardly safe from Russian recruitment. The newspaper "Kyiv Independen" reports, citing the Ukrainian general staff, that the newly drafted personnel are already receiving military training in the city of Sevastopol. In addition, the Russian proxies have started to distribute summonses to residents in the Luhansk region.

With the partial mobilization, Putin is trying to compensate for the losses of the Russian army. However, experts, including those from the Denkfarbik Institute for the Study of War in Washington, consider it unlikely that Russia will be able to use mobilization to solve the basic structural problems of the army. "Since at least 2008, the Russian armed forces have not created the conditions for effective large-scale mobilization and have not built up the kind of reserve forces needed for immediate mobilization and intended to have an immediate impact on the battlefield," the think-tank report said . There is no quick fix for this.

However, the adviser to the Ukrainian presidential office, Mykhailo Podolyak, sees the recruitment of the Crimean Tatars as "nothing more than Moscow's attempt to rid the territory of a disloyal population." The mayor of Melitopol also fears that the people would be "misused as cannon fodder." Referring to similar confiscations in the Luhansk region, he said the men had no way of refusing the service.

For foreign journalists, the Russian occupiers in the Donbass present themselves as saviors. Anyone who accompanies the soldiers on a tour will see one thing in particular: prestigious reconstruction projects that are intended to make life in the region possible again. The journalists should only see the beautiful - and of course people who can gather behind the Russian occupiers, for example, shows a team from the broadcaster ntv. The team is allowed to speak to a young woman who distributes pro-Russian newspapers and says she is in favor of accession. An elderly lady, who criticizes the authorities in front of the Russian soldiers and the camera running because she herself still has to live in a basement because everything has been bombed, is resolutely pushed aside.

Despite all the skepticism towards the Russian occupiers, the already long queues in front of the authorities come as a surprise. Mainly older people are waiting to be given a Russian passport. The reason: there is no pension without a Russian passport. "We're scared, what should we do?" asks an older man.

All they have to do now is wait and see. As early as Thursday, the Russian parliament could discuss bills on the incorporation of Luhansk, Donetsk, Kherson and Zaporizhia. At least that's what Russian news agencies reported, citing unspecified sources. Putin could then speak in front of parliament on Friday and announce the connection.

Sources: "Kyiv Independent", nTV, Deutschlandfunk, Tagesschau, Institute for the Study of War, with material from AFP and DPA 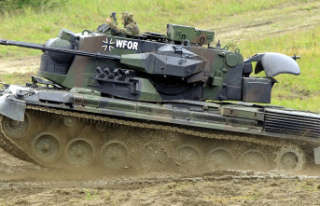