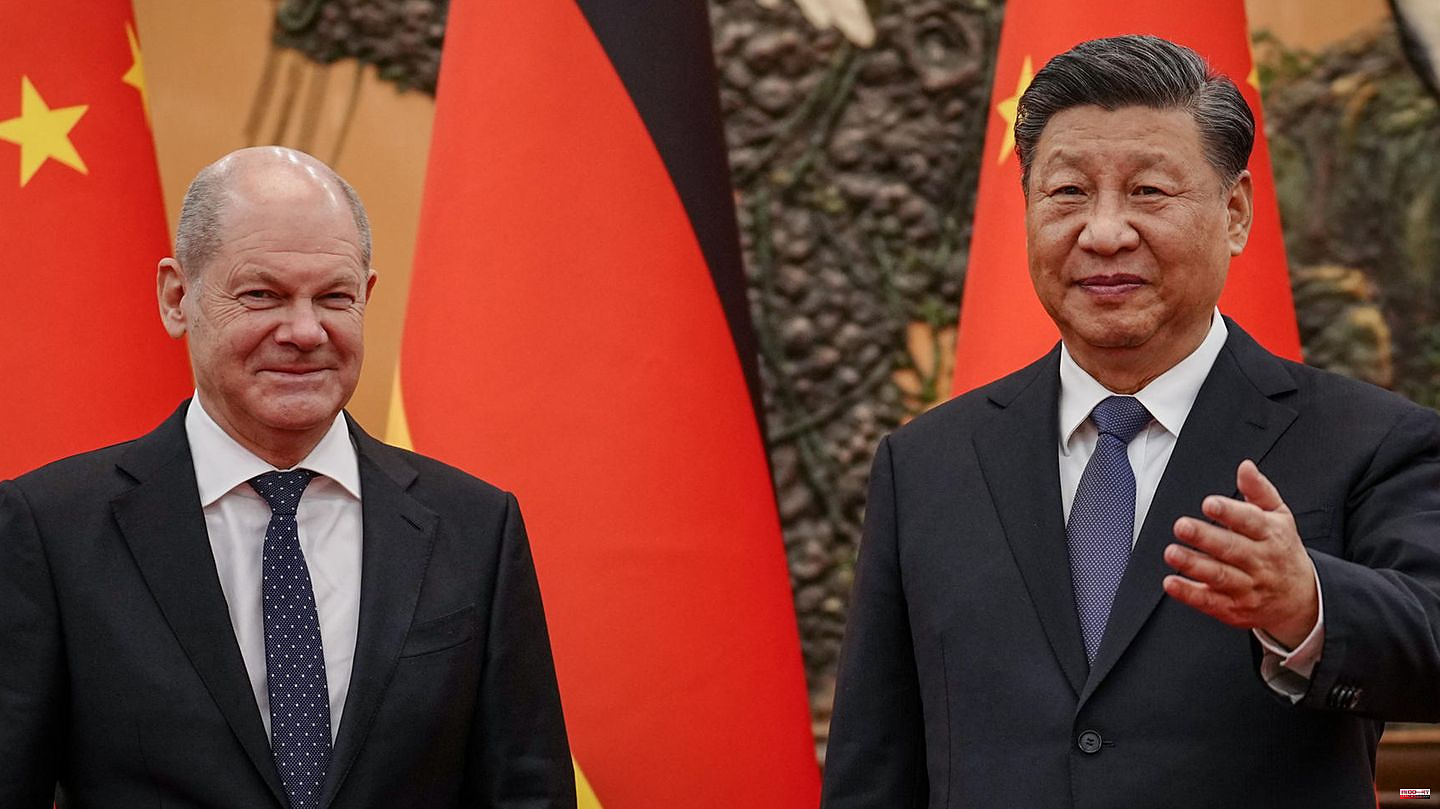 Mr. Fulda, Chancellor Olaf Scholz is traveling to China today. The criticism is huge because the visit is symbolic of the dependency on China. To what extent is the criticism justified?

ANDREAS FULDA: The criticism is always justified. There are considerable doubts as to whether Olaf Scholz really understood the lessons of the Russian war of aggression. He recently indicated that there are political mistakes in China. But he does not think the thought through to its logical end.

And that would be?

He says, for example, that we don't want to form blocs like in the Cold War. While that sounds plausible, what he means is that it is our duty to build bridges. That is the same thinking that Federal President Frank-Walter Steinmeier had about Russia. So we need integration and interdependencies, then these mutual dependencies will lead to peace. But that just didn't work out.

Olaf Scholz also said that we had to diversify the risk...

Yes, that also sounds plausible at first. At the same time, however, he is taking a large business delegation to China. These are the ones who are investing massively in China – over ten billion euros have flowed into the country this year alone. That doesn't go together and suggests that Olaf Scholz and the Federal Chancellery have learned nothing from the Russia debacle.

Companies decide for themselves where to invest. What options does the federal government have at all to discourage companies from making direct investments in China?

In fact, the federal government cannot dictate very much to companies. But what we need instead is a China policy for the entire Federal Republic of Germany and no longer for individual companies or sectors. In the past, China policy was de facto formulated by the Asia-Pacific Committee of German business. And that's where big companies like Siemens and BASF called the shots. That can no longer be in the spirit of Germany. For the federal government, this now means encouraging companies to invest in other Southeast Asian countries – or even better: back in Europe. This "re-shoring" is expensive and exhausting. But other countries like Japan are already doing this, while Germany hardly thinks about it. That's the basic problem.

Many companies would counter that without doing business in China they would no longer be competitive...

I don't find that convincing. Exactly the same arguments were put forward when it came to dependency on Russian gas. Now the changeover has been successful with a great effort within a few months. For corporations like BASF or VW, the problem is different: They have made incredibly high investments in China and they don't get them withdrawn that quickly. Their medium or long-term problem will be that there will be a military conflict with Taiwan.

Experts have been warning of this scenario for years. What do you think: when will it be?

Military experts assume two to three years. Of course, it could also be five or ten years. In any case, there would be a hard decoupling from China and companies would have to write off their investments.

Is this risk sufficiently priced in by German companies – are we already seeing diversification, for example?

The companies certainly have this on their agenda, and have been for four or five years. But the problem is always the same: Of course, companies are also looking at other markets, which certainly makes good business sense. On the other hand, they do not reduce the commitment to China. That might only pay off in the long run.

So you advocate decoupling China?

I would rather speak of disentanglement. The relationship between China and Europe seems to me like a kind of Gordian knot. Of course, you can smash it with a sharp sword, as in the case of Russia. But that would be very painful for all sides. Unbundling is difficult because it costs time, money and nerves - and it requires a European industrial policy. So far, for example, we have not been able to build European champions with state aid. There are good reasons for this, which have also been incorporated into EU law. But how is Telekom supposed to hold its own against Huawei, which according to a Wall Street Journal report has become China's IT champion with around $75 billion in tax breaks, funding and cheap resources? The EU has to move - which it is now doing in part. You just have to do that faster and define areas that you see as future markets.

Not only German companies invest massively in China. On the other hand, China has been pumping millions and billions into foreign projects for many years - most recently, for example, into the port of Hamburg. However, it is precisely these investments that are the source of criticism. Was it a mistake to allow these investments in the past few years?

You have to look at it in the context of time. Many euro countries were short of cash after the financial and euro crisis twelve years ago. Many companies had liquidity problems. This has allowed China, or the Chinese state-owned companies, to go on a shopping spree in Europe. This was not seen critically, but China was the savior in a difficult time. In this respect: Yes, it was definitely a mistake. And now we're getting the receipt.

For example, after Russia invaded Ukraine, the federal government indirectly nationalized the Rosneft refineries in Schwedt. Wouldn't nationalization also be a safeguard against a possible Taiwan conflict?

I would not be sure whether Germany has the ability to act across sectors. We are subject to the rules of a rule of law - which means that Chinese companies could also sue against it. It could be part of the solution, but you have to get that through legally first. We're not just talking about critical infrastructure like energy in the Rosneft case, but about holdings in every possible form.

How do the Chinese actually see it all? For example, how is the new federal government viewed in Beijing?

Germany is perceived there as the economic hegemon for Europe, but at the same time as the weakest link in the western alliance. This became clear, for example, when the idea came up that French President Emmanuel Macron could travel to China with Olaf Scholz. Ultimately, this seems to have failed because Macron, as president, is above a federal chancellor in the hierarchy. So the Chancellery was afraid that Macron would be perceived as number one from the outside. This is of course fatal, because in this situation it can no longer be about the vanities of individual politicians. It is about Europe acting together and reducing dependencies.

But to what extent does Europe still play a role for China in relation to the USA?

From Beijing's point of view, it is about an ideological anti-Western struggle, i.e. against NATO, against the USA. And here is the effort to keep Europe on a sort of equidistance with the US. So Europe should become a kind of onlooker. This neutral position was accepted for a long time under Angela Merkel and in the EU. Olaf Scholz would like to continue that, but the problem is that it's not about the geopolitical conflict "China versus the USA", as many people think. It is about the systemic question of “democracy versus autocracy”. And when it comes to this question of the system, Germany, as a liberal democracy, cannot be neutral at all. To believe that there is a middle way against a neo-totalitarian China is completely wrong. This repeats the mistakes made in the failed German Russia policy.

The United States has been demanding this decision from Germany for some time. Can Germany break away from the transatlantic alliance at all?

No, without the US security umbrella there would be no German and no European security. There is no way around the transatlantic relationship - unless the EU decides to build a European army. But that is utopian. As long as our security depends on the US, we cannot pretend that the decision is ours. Nevertheless, Germany could also better defend its democracy against foreign influence.

What are you thinking about?

For example, because China apparently operates a police station in Frankfurt. At first glance, this is a bureaucratic service provider that issues Chinese driving licenses, for example. Apparently, such police stations are also used to hunt down dissidents worldwide. Something like that doesn't work, and one has to ask the question of how well Germany protects its democracy against influence. Completely independent of the transatlantic alliance.

Despite all the problems and criticism, Olaf Scholz is now traveling to China. What do you expect: Which topics will he be able to push through there at all?

Olaf Scholz can actually do nothing there. The damage is already done. On the contrary, we have to fear that his trip there will be propaganda exploited by the state media. Ultimately, he is doing the Federal Republic a disservice with the visit - nothing more.

This text first appeared on Capital.de. 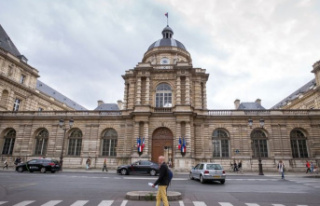 Paris: Dismay at racist heckling in the French Parliament