After the US midterm elections: Donald Trump plays the bad loser – there is method 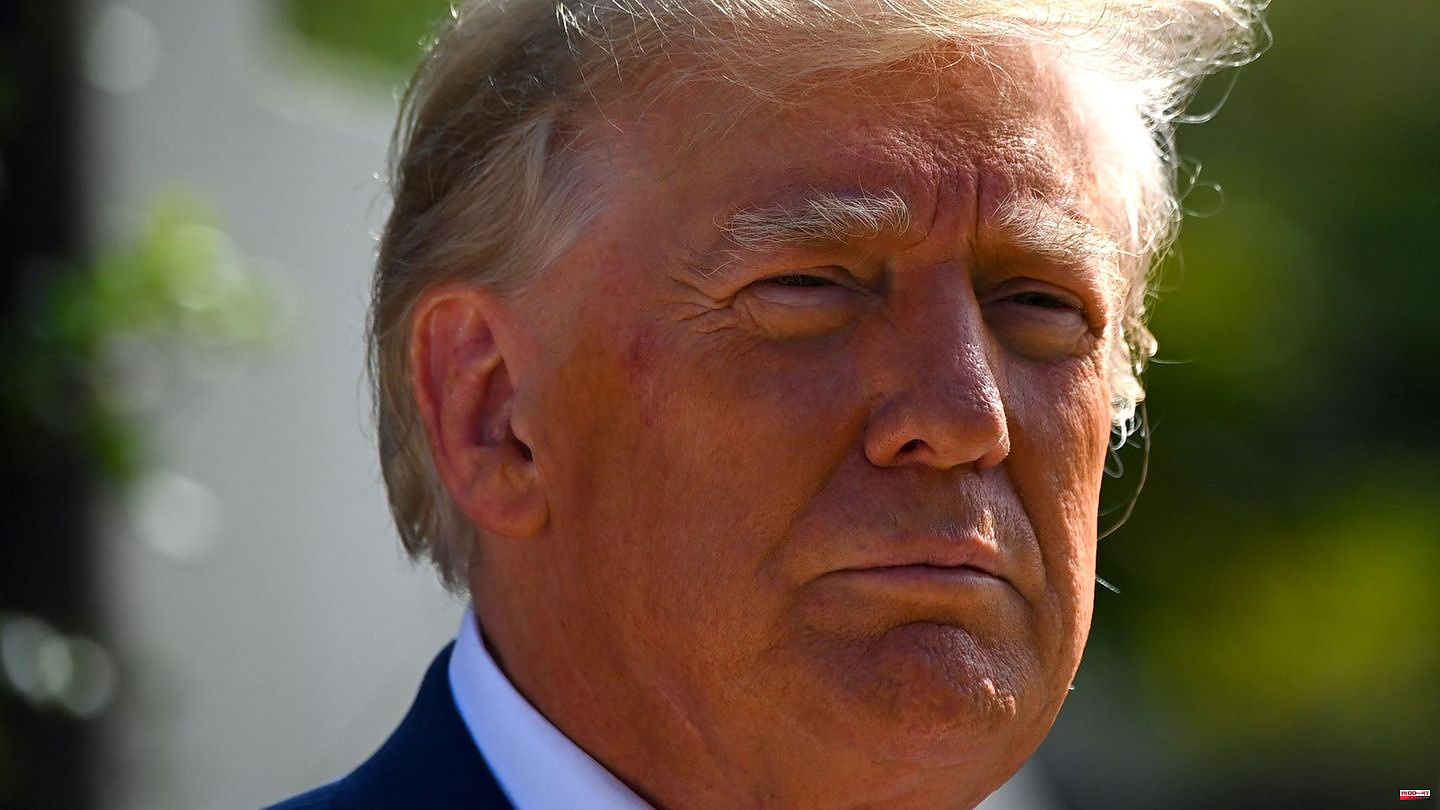 Some said like this, others like that. Donald Trump said: "Yesterday was a great day, an incredible day."

Republicans made history, exceeded expectations, nearly won a "complete victory." "We saw last night how candidates I supported achieved tremendous success," Trump said. In contrast to those who would not have sought to close ranks with him in these "incredible midterm elections". Turning to her: "Goodbye!"

That was in 2018. Four years ago, the then US President celebrated a triumph that was not necessarily one. Republicans lost their majority in the House of Representatives and some key governorships. In addition, candidates who had supported Trump had to give up their seats to Democrats, sometimes in areas that were believed to be safe.

What Trump recorded as an "enormous success" across the board was at least in the Senate: Republicans were even able to expand their power there at the time. It was at least clear that Trump, who had also declared the vote to be a referendum about himself ("act as if I was on the ballot paper"), was not entirely an aberration of history. Many millions of Americans were able to rally behind his policies full of malice, hatred and hate speech. As a result, there was no revolt in his party.

"He is widely hated and feared," the New York Times noted at the time, "but also very popular as an advocate for his constituents." And today?

Today the situation is different. The Republicans are considered the big losers in the 2022 midterm elections, which Trump is one of the reasons for. And his attempts to reinterpret the unfortunate result as a success and to brand others as scapegoats don't really want to catch on.

"Basically, it's the third election in a row that Donald Trump has cost us the win," Republican Maryland Gov. Larry Hogan told CNN, who used a baseball analogy to express his displeasure: "It's like three strikes and you're out." The midterm election should have been one of the "biggest red waves we've ever had," Hogan added, alluding to the Republican color.

Trump had also promised a "big red wave", but his full-bodied announcement was followed at best by a slight splash. While Republicans are likely to win the House of Representatives with a slim majority, votes are still being counted, but the Senate definitely remains in Democratic hands, possibly even more firmly than before after a December runoff.

Trump is also blamed for the disappointing result. A multitude of the hand-picked candidates he endorsed in this year's race for Congress failed at the ballot box. And that although the starting position had promised a perfect storm for the Republicans: the approval ratings for President Joe Biden are low, inflation in the country is high and it is an unwritten rule of the so-called "Midterms" that the party that appoints the President has to let loose a lot of feathers.

It turned out differently. Was this the "third strike" for Trump? One failure too many after the mixed midterm elections of 2018 and the lost presidential election of 2020?

In his opinion: of course not. It is true that Trump is increasingly under fire in his own ranks, and conservative media, which once supported him to the point of self-abandonment, hold him responsible for the election result. "Republicans: Trump is your problem. Wake up," wrote the National Review. But the ex-president neither wants the election to be understood as a defeat nor accept any blame.

Instead, Trump shows once again that he's a bad loser by claiming he isn't - after all, to this day he attributes his removal from office as US President to voter fraud, which is proven nonsense.

For example, after the midterm elections on Tuesday, which he described as a "GREAT EVENING", Trump released a four-page memo spelling out his supposedly "unprecedented" achievements in 2022. Special mention is also made of the alleged successes of his minions, who had spread Trump's lie about the "stolen" presidential election - and failed in many places.

When it became known on Sunday that the Republicans had missed a majority in the Senate, Trump announced: "It's Mitch McConnell's fault". The Republican minority leader in the Senate "screwed up the midterm elections," for example by backing the wrong candidates financially. It can be assumed that Trump was referring to his protégés, whom McConnell had denied the quality. On top of that, Trump repeatedly claimed, without any evidence, that voter fraud had taken place.

Trump is looking for the greatest possible distance to the previous election result, after all it threatens to reduce his public perception as a guarantee of success for the Republicans. And now of all times. The former President had announced a “very big announcement” for this Tuesday. It was widely expected to be the announcement for his 2024 presidential bid.

This obviously makes well-known Republicans nervous, who, under the impression of the failed midterms, urged their ex-president to postpone his announcement. Probably in vain, believes campaign strategist Liam Donovan. However, in a radio interview at WMAC, he emphasized that Trump's candidacy would not mean that he would not face competition from within the party. "The potential Trump competitors are currently keeping their powder dry," says Donovan.

In particular, Ron DeSantis, governor in Florida, is considered a possible rival. The 44-year-old was confirmed in office in the midterm elections with a clear majority, and thus emerged stronger from the big election day - although or precisely because he had not relied on Trump's support during the election campaign.

According to a recent YouGov poll commissioned by the US portal "Axios" after the midterm elections, more US voters want a presidential candidate DeSantis (24 percent) instead of Trump (20 percent). Even among Republican voters, Florida's governor is ahead with 41 percent and Trump (39 percent) is at a disadvantage.

The "Trump with brains", as the southpaw is also called, could be dangerous for the original. This also illustrates the reaction of the same man, who threatened DeSantis with "not very flattering" revelations after his historic election victory if he ran for the presidency, called him "dishonest" and had an adviser spread the word that he was "ready for war". be. Mind you: DeSantis has not yet declared his possible candidacy.

Two years after his departure from office, fewer Americans share his opinions than they support them, but Trump's possible presidential candidacy is not hopeless. A survey by the New York Times recently showed that 30 percent of voters still hold views that could be read as pro-Trump. Especially since there are currently no signs that the Republican base would turn away from Trump, as the newspaper notes.

That could be good news for Democrats -- at least in the short term.

Because in Georgia, where the race for the Senate seat there will be decided in a runoff election on December 6, the former football star Herschel Walker is also a hand-picked Trump candidate. Should Walker lose to the incumbent, the Democrats would actually increase their majority in the Senate.

Adrianne Shropshire, head of BlackPAC, told the New York Times: "Georgia voters rejected Trump in 2021. His presence now only reminds them why."

Others are already looking beyond the Georgia Senate race with hopes of Trump running as the Republican presidential nominee in 2024.

"As an American, the idea of ​​another Trump campaign and all of his lies and divisions and efforts to undermine American democracy is an absolute horror show," said Sen. Bernie Sanders of Vermont. "On the other hand, I have to say that as a politician who wants to see no Republican elected to the White House in 2024, his candidacy is probably a good thing from that perspective." 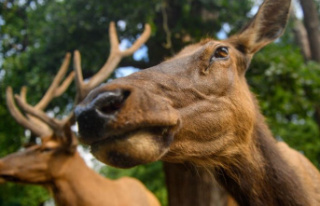 Municipalities: No rescue for the Weissewarte wildlife...