After the parliamentary elections and the historic shift to the right, haggling over the posts for a future government under Giorgia Meloni has begun in Italy. 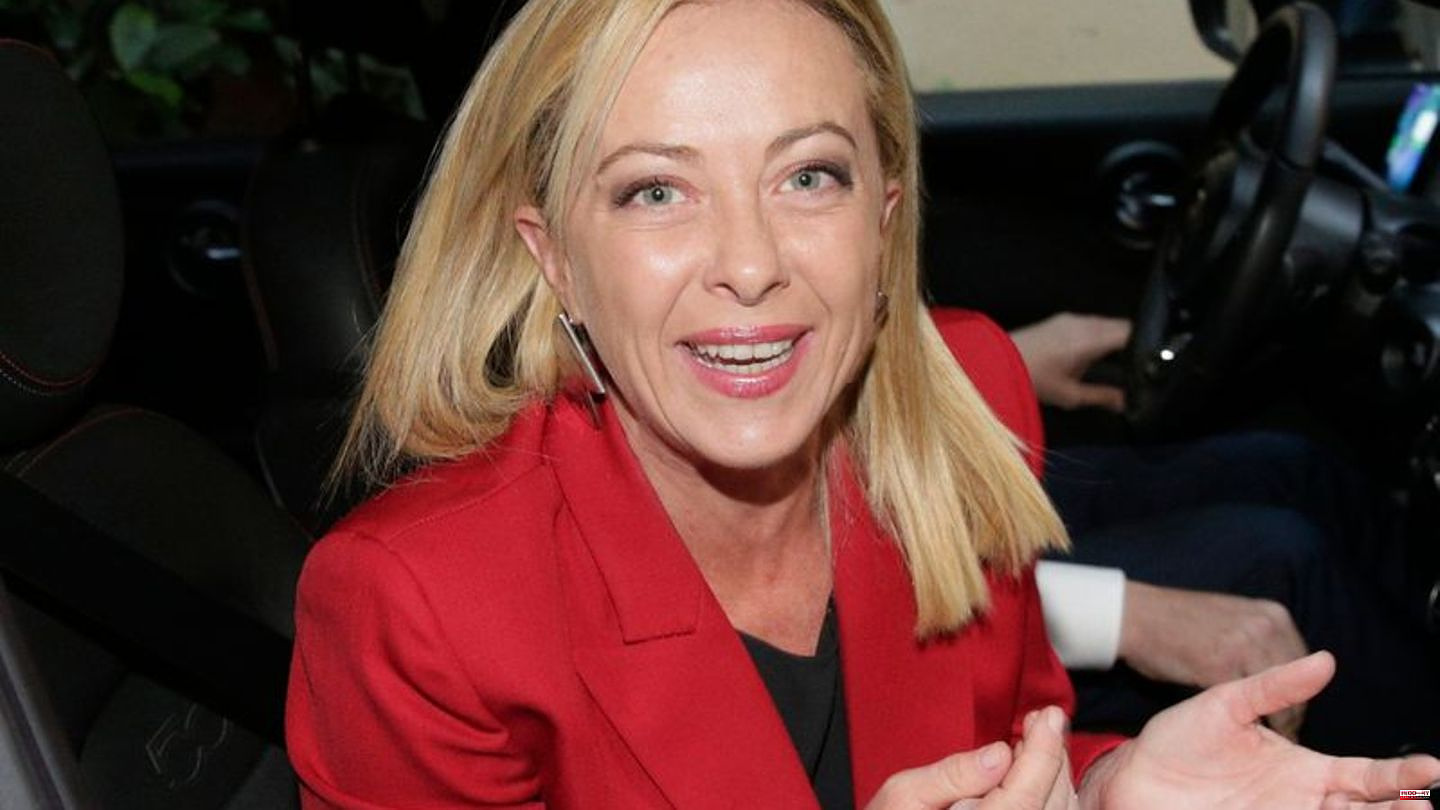 After the parliamentary elections and the historic shift to the right, haggling over the posts for a future government under Giorgia Meloni has begun in Italy.

Prominent politicians like the former Interior Minister Matteo Salvini could get nothing, Italian media reported unanimously on Tuesday. In view of the negative response to the electoral success of Melonis and her right-wing extremist Fratelli d'Italia, some are trying to calm down foreign countries and EU partners. The head of the European People's Party (EPP), Manfred Weber, has therefore already received a rebuke, Silvio Berlusconi invokes the international relationship. But where is Giorgia Meloni?

After the party leader of the "Brothers of Italy" appeared in front of the cameras and microphones of the world press just before 3 a.m. on Monday morning for a brief comment, she disappeared completely. Paparazzi caught Meloni driving her daughter Ginevra to school. At the wheel, she was barely recognizable behind large sunglasses and a hoodie. In addition, her fitness coach posted a selfie of the two doing sports. However, Meloni canceled a planned press conference on Monday. Nothing public was planned on Tuesday either, as one of their spokespersons said on request.

Conflict in the ultra-right government alliance is on the horizon

After a sleepless night from Sunday to Monday, the 45-year-old Roman woman had already started planning for the government, the media reported, citing party circles. It is about key posts in the future cabinet. The question already announces a conflict in the ultra-right coalition government.

For Salvini, as one of Meloni's most prominent allies, the second slap is on the horizon after the election night - his right-wing populist Lega fell to just over eight percent. Meloni is strictly opposed to Salvini getting his former post as Minister of the Interior back, the daily newspapers "La Repubblica" and "Corriere della Sera" reported unanimously on Tuesday.

The department is out of the question for Salvini because he is being tried because of an incident from his time in the Ministry of the Interior. In the case of the sea rescue ship "Open Arms" he has to answer to the court in Palermo for deprivation of liberty and abuse of office. President Sergio Mattarella could object to the comeback, it said.

The civilian sea rescuers were not assigned a port to dock in August 2019 and were blocked off the island of Lampedusa with up to 150 people on board. From Salvini's point of view, Italy was not responsible - he still defends his blockade at the time.

Instead of Salvini, his former office boss Matteo Piantedosi or the former prefect of Rome, Giuseppe Pecoraro, are now being discussed. It is possible that one of his confidants will take over from Salvini.

Berlusconi's hopes are unlikely to be fulfilled

The hopes of the controversial ex-Prime Minister Silvio Berlusconi are unlikely to be fulfilled either. Before the election, there had been rumors that he was flirting with the job of Senate President. The office is formally the second highest in the republic after that of the President. But because this is complex and physically demanding, according to "Repubblica" it is out of the question. Berlusconi will be 86 on Thursday - and there is still a criminal case against the media entrepreneur.

Instead of the founder of the conservative Forza Italia, his confidante Antonio Tajani could get an important post, such as foreign minister. The long-standing MEP, ex-EU Commissioner and former President of the European Parliament is believed to be able to appease international partners. In a video message, Berlusconi promised to "guarantee the international profile, the pro-European profile and the transatlantic profile of the next government". "Good relations with our historic allies in the United States and the key European Union countries are essential for Italy's future."

But how much influence will Forza Italia have with around eight percent as a pro-European force - given the predominance of the Fratelli and as the second junior partner next to the EU-critical Lega?

Discussions about Berlusconi also in Germany

Berlusconi is also being discussed in Germany. The CSU party vice president Weber had supported Berlusconi in the election campaign as head of the EPP, which also includes Forza Italia. CSU boss Markus Söder accuses Weber of having chosen the wrong partner - namely one who made a potentially anti-European alliance in Rome possible in the first place. "It is not the task of the EPP and bourgeois parties to enable right-wing national and right-wing extremist governments, that is not our job," said Söder on Monday.

Weber replied in the ARD "Tagesthemen" that he wanted "that we keep Italy on board and therefore my support for Forza Italia". The SPD MEP Delara Burkhardt criticized Weber and called Forza Italia "the stirrup holder of the right-wing extremists".

The right-wing coalition led by the Fratelli will have a comfortable majority in both houses of parliament. Together, the parties have 112 of the 200 seats in the Senate and 235 of the 400 seats in the Chamber of Deputies. The centre-left has 39 senators and 80 MPs, the Five Stars has 28 senators and 51 MPs.

It will be weeks before official negotiations are held on the future government. On October 13, the newly elected chambers meet for the constituent sessions. Only then will President Sergio Mattarella officially appoint someone to form a government. The new executive could then be determined in the second half of October. In view of the current situation with the dramatic increase in energy prices, the high level of debt and the looming recession, time is of the essence. 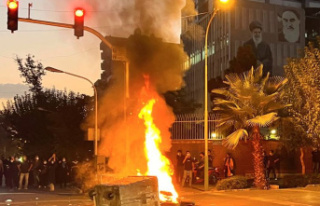 Mahsa Amini: Action against wave of protests in Iran...