This is the new Government of Pedro Sanchez

The first coalition Government in Spain's democratic era opened in 1978, will be formed by four vice-presidents and 18 ministers. This is the composition of th 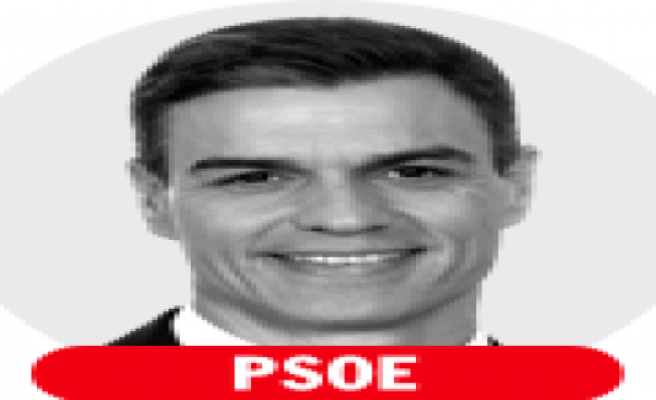 The first coalition Government in Spain's democratic era opened in 1978, will be formed by four vice-presidents and 18 ministers. This is the composition of the new Executive:

Pedro Sánchez (Madrid, 47 years old) has lived the last five years as a survivor: from his arrival at the general secretariat of the PSOE to the uneven output and the subsequent return to end up being conferred the president with a motion of censure and to renew his position after calling for two elections. To the front of the first Executive of the coalition of the last stage of democratic spain, has designed a Council of Ministers of marked economic profile.

Carmen Calvo: minister of the Presidency, Relations with the Courts and Memory Democratic

Phd in Constitutional Law and number two of Pedro Sanchez, Carmen Calvo (Cabra, Córdoba, 62 years) has had a very active role in the negotiations for the agreement of the Government, especially with CKD. Maintains the vice presidency, but loses the powers of Equality, which are integrated into a ministry directed by Irene Montero.

Political scientist and university lecturer, Pablo Iglesias (Madrid, 41 years old) will occupy the second vice president of the Executive, which will depend on two areas: Social Rights and Agenda 2030. As has been admitted by the secretary general of we Can, his “greatest fear” is “to disappoint his own” for a program “very moderately” agreed with the PSOE.

Economist and lawyer, Nadia Calviño (A Coruña, spain, 51 years old) has been director general of the European Commission and minister of the Economy with Sanchez. His great prestige and influence in the Eurogroup, have been facilitated by the European Commission's acceptance of the stability programme submitted by Spain for the next few Budgets.

Teresa Ribera (Madrid, 50 years) is one of the greatest experts in international negotiations against global warming. Director of the Spanish Office of Climate Change from 2004 to 2011, Bank will hold a vice presidency in one of the priority areas for the Executive coalition: the fight against climate change.

Arancha González Laya (Toulouse, 50 years) has been assistant secretary-general of the UN and executive director of the International Trade Centre (ITC). He worked in the World Trade Organization (WTO). He has also held several positions at the European Commission in the field of international relations, trade, communication and development cooperation.

Juan Carlos Field (Osuna, 58 years), socialist deputy, a career judge —who has just been appointed magistrate of the National court last December— and the former secretary of Justice, with Rodríguez Zapatero, between 2009 and 2011. Field has also served as member of the General Council of the Judiciary and, in addition, one of his last tasks spent by an affectation of the spokesman of the PSOE in the Justice commission of the Congress.

Judge of the Supreme Court, Margarita Robles (63 years old) has always remained faithful to Pedro Sanchez, even in their most dramatic moments. When the president won for the second time the leadership of the PSOE, the appointed spokesman parliamentarian and, later, minister of Defense, a position that now validates.

a Degree in Medicine and Surgery, Maria Jesus Montero (Seville, 53 years old) has worked in various positions related to the management of the hospital. Before being a minister in the first Executive of Sanchez held the portfolio of Finance of the Government of andalusia, Susana Díaz, with whom he has a close relationship. In the PSOE in Andalusia many eyes are on Montero since the socialists lost the Board.

The media conservative judge who uncovered the tip of ETA in the case Pheasant will occupy the portfolio of the Interior. Fernando Grande-Marlaska (Bilbao, 57 years old) came to the National Audience in 2004, where he replaced Baltasar Garzón. In 2012 he became the president of the Criminal Chamber of the National Audience and, in 2013, in a member of the General Council of the Judiciary on the proposal of the PP. Since he made public his homosexuality in 2006 has been highlighted as an activist for the rights of the collective LGBTI.

The secretary of Organization of the PSOE will occupy the portfolio of public works, renamed now as the Transport, Mobility and Urban Agenda. Unlike in the endowment failed of July, in which he had a low profile, José Luis Ábalos (Torrent, Valencia, 60 years) has played a notorious role in the negotiating team with CKD. Political very close to Pedro Sánchez, who coordinated the presentation of the censure motion that the socialist leader won in 2018.

The political career of Isabel Celáa (Bilbao, 70 years), who retains the portfolio of Education —though not the spokesman of the Government— has been attached to this field since 1987. Degree in English Philology, Philosophy and Law, was the minister of Education, Universities and Research of the Government of socialist Patxi Lopez in the Basque Country.

Attorney labor and affiliated with the Communist Party from a very young age, Yolanda Diaz (Fene, A Coruña, 48 years old) comes from a family of historical trade unionists. Signed to Paul Churches long before the " propose as minister of Labour: in 2012, hired him as a consultant for AGE (Alternative Galega de Esquerda) for the elections in galicia, a group precursor of the confluences we Can.

Jose Luis Escrivá (Albacete, 59 years) has been the Pepito Grillo of the ministers of Finance and the regional councillors of Finance in 2014 began to direct the Airef, the acronym of the Independent Authority for Fiscal Responsibility. In 2013, the then minister of Finance, Cristobal Montoro, he was commissioned to create this institution, which was imposed on Spain by the troika after the dramatic bailout of 2012. Escrivá threatened to resign five times, to ensure its autonomy.

a Degree in economics and an associate professor in the Department of Economics of the Universidad Carlos III, Reyes Maroto (Medina del Campo, Valladolid, 46 years) repeat portfolio. Built a reputation of thorough and dialogue in his three years as a member of a socialist in the Assembly of Madrid. She was also secretary of Sustainable Development of the PSOE from madrid and spokesperson for Budgets, Economy, Employment and Finance.

Bachelor's degree in Law, Luis Planas (Valencia, 67) repeat to the front of the portfolio of Agriculture. Took over the competences of Territorial Policy when Meritxell Batet, former minister of this branch, was elected president of the Congress. When he took office was being investigated in a case about the theft of water in Doñana through wells illegal, although it was soon desimputado.

a Degree in Psychology, Irene Montero (Madrid, 31 years old) passed by the communist youth and by the Platform of Affected by Mortgage (PAH) before entering into we Can. After the congress of Vistalegre II, we fractionated the party, replaced Errejón at the front of the spokesman of the parliament.

The current deputy spokesman of the socialist parliamentary group in the Assembly of Madrid, José Manuel Rodríguez Uribes (Valencia, 51 years), will be the new minister of Culture. Doctor in Law and professor of Philosophy of Law and Political Philosophy and a disciple of the father of the Constitution Gregorio Fish-Beard, was a delegate of the Government in Madrid.

The secretary of Organization of the Catalan socialists, Salvador Illa (La Roca del Vallés, Barcelona, 53 years), will be the new minister of Health. Illa was part of the negotiating team socialist in talks with ERC to achieve its abstention on the endowment. Associate professor of Economics, Faculty of Communication and International Relations Blanquerna, has developed most of his professional career in the public sector and in the political activity.

The leader of IU, the economist Alberto Garzón (Logroño, 34 years), is a militant of the PCE and proud advocate of communism. His book why I am a communist, published in 2017, does not leave place to doubts. It is also a convinced republican: The third republic is another of the six titles published. Always refers to the King as “citizen Borbón”.

Pedro Duque (Madrid, 56 years old) will be repeated in the position of the minister of Science and Innovation, but loses the competition of Universities. Aeronautical engineer, in 1992 the European Space Agency chose him to form part of his first team of astronauts. In the time that has been at the forefront of the ministry has been faced with the news that he bought a villa through a company that had their name and the name of his wife.

Manuel Castells (Hellín, Albacete, 77 years), sociologist and economist, is a world reference in the study of the information society. A tireless researcher, has not stopped publishing books and scientific papers while serving as an advisor of all sorts of international organisations, from Unesco to the European Commission, as well as numerous Governments. He is the author of 26 books, co-author or editor of 22 other and a doctor honoris causa by 18 european universities.

1 Anne Hidalgo starts as the favorite in the race for... 2 Brussels launches a plan of one billion euros for... 3 Analysis | Time for new impulses reformers 4 A fugitive in Japan, a hero in Lebanon 5 Analysis | back to the strategy of the tension 6 Palladium, the new king of metals 7 Column | Looks that trap life 8 The prime minister of Ireland announced a breakthrough... 9 Carmen Riu touch the sky 10 Robert Abela will be the next prime minister of Malta Anne Hidalgo starts as the favorite in the race for...