Visit to Germany: Harry and Meghan: hand in hand in Düsseldorf – and extra attention for a four-legged friend

With jubilation, Prince Harry and Duchess Meghan arrived in front of the town hall in Düsseldorf. 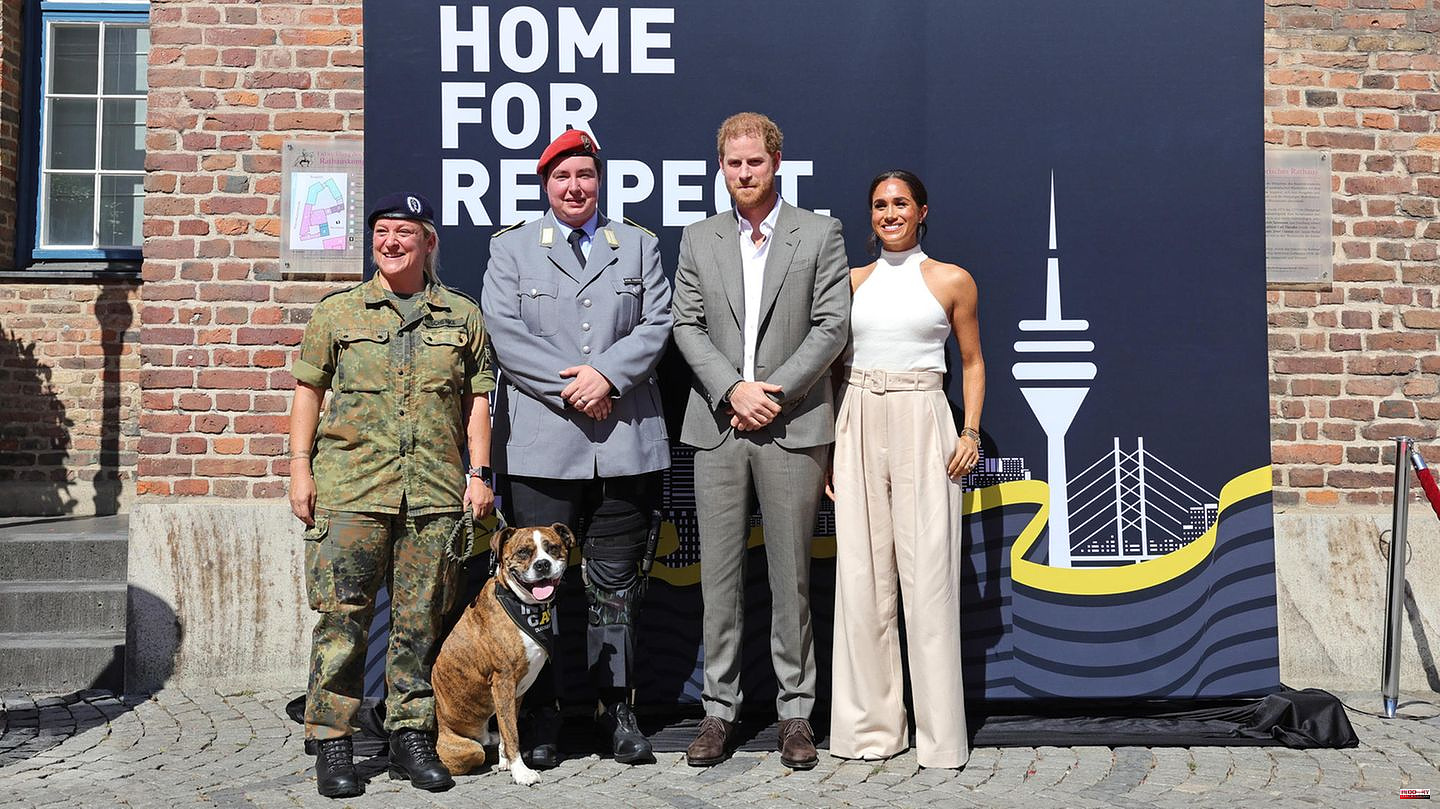 With jubilation, Prince Harry and Duchess Meghan arrived in front of the town hall in Düsseldorf. The couple traveled to the North Rhine-Westphalian state capital for a short trip to find out about the preparations for the Invictus Games taking place next year.

Around 2 p.m. local time, Harry and Meghan drove up and were greeted by Lord Mayor Dr. Stephan Keller (CDU) received. While Harry shook hands with the politician, his wife almost shyly waved at the onlookers. Harry arrived in a gray suit and white shirt, Meghan wore a white top (by Anine Bing) and wide-leg pants by designer Brian Maxwell.

Harry and Meghan welcomed an employee and an employee of the Bundeswehr. The latter had a dog on a leash wearing a bandana with the Invictus Games lettering on it. The Sussexes are considered great animal lovers. They recently adopted a beagle from an animal shelter, and they have two other dogs at their home in California. So it's understandable that the four-legged friend, a bulldog named Loki, was also given a little petting in Düsseldorf - and Harry tested whether he "sit" on his command. The Royal also unveiled a poster reading "A Home For Respect" - the motto of the sixth Invictus Games to be held in Düsseldorf in September 2023.

Before Harry and Meghan disappeared into City Hall, where the 37-year-old is scheduled to give a speech and sign the city's Golden Book, the couple posed for photographers. A boat trip on the Rhine and a visit to the Merkur Spiel-Arena followed by a press conference are planned for the rest of the day. Harry and Meghan want to fly back to Great Britain in the evening. 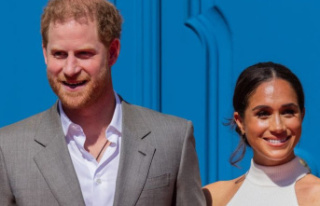