Pompeii archaeologists have unearthed the remains of a tortoise and its egg still perfectly preserved inside for nearly 2,000 years. 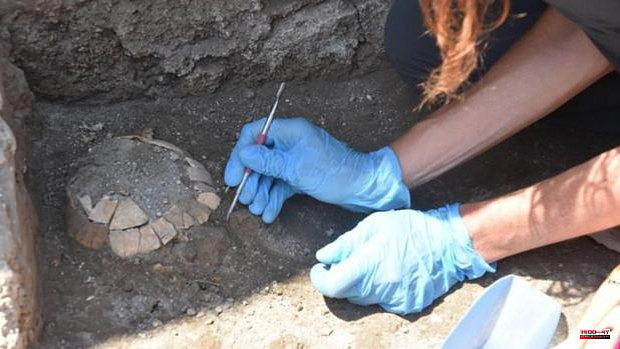 Pompeii archaeologists have unearthed the remains of a tortoise and its egg still perfectly preserved inside for nearly 2,000 years. The animal was found hiding under the clay soil and probably died before the eruption of Vesuvius in AD 79.

The unusual find came to light during excavations of an area that had been devastated by the violent earthquake of 62 AD. The site was originally an opulent domus in which researchers have found fine mosaics and wall paintings, dating back to the 1st century BC.

However, perhaps because it was too damaged, the house was not restored, but was absorbed by the famous Stabian Baths that were built later.

"Both the presence of the tortoise in the city and the abandonment of the sumptuous domus illustrate the extent of the transformations following the earthquake in 62 AD," Gabriel Zuchtriegel, Pompeii's director general, told Reuters.

According to Zuchtriegel, "the extension of the baths is proof of the great confidence with which Pompeii restarted after the earthquake, only to be crushed in a single day in the year 79." This specialist has emphasized that, after the earthquake, not all buildings were rebuilt and certain areas, even those that were part of its urban core, were hardly frequented, “to the point of becoming the habitat of wild animals. At the same time".

The tortoise, 14 centimeters long, "had dug a burrow in which it could lay its egg, but it did not, which could have caused its death." The females of these animals usually retain their eggs inside them in the face of adverse environmental conditions, stress, or while looking for the most suitable place to lay their eggs, among other factors.

1 The cultural bonus collides with empty Spain 2 A Goya painting does not find a buyer at an auction... 3 A video shows dozens of immigrants piled up by Moroccan... 4 Vox denounces in the Cortes that they have entered... 5 The vice president of the Generalitat Valenciana de... 6 These are the cheapest hours of electricity this Saturday,... 7 The EU will present a common emergency plan in July... 8 Borrás and Franceschi from Menorca lead the Spanish... 9 «Platoon», just three points behind «Quantum»... 10 Uriarte wins the Athletic elections, which will be... 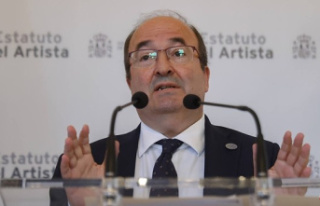