It's dark, it's cold, there's no cell phone reception. 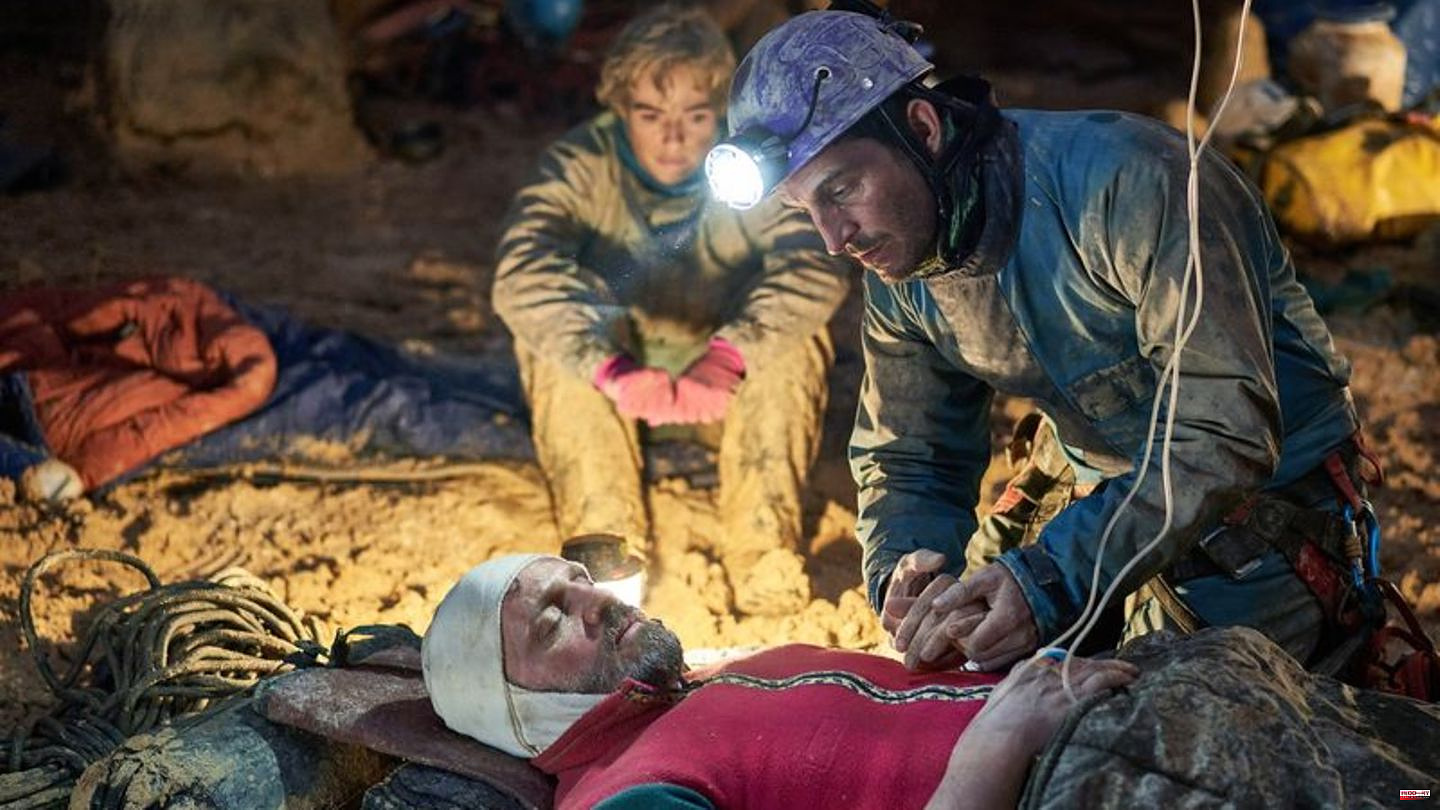 It's dark, it's cold, there's no cell phone reception. Far away from civilization at a depth of 1000 meters, on Pentecost Sunday 2014 in the Riesending cave near Berchtesgaden something happened that simply shouldn't happen there: an accident. Cave researcher Johann Westhauser is hit in the head by a chunk of clay. A seriously injured person at Germany's lowest altitude - that pushes even experienced helpers to their limits. A good 700 cavers travel from half of Europe. The chances seem slim - but after eleven days Westhauser is saved.

Filmmakers have now taken up this story: the television two-part series "Riesend - every hour counts" is now available in the ARD media library. The question around which director Jochen Alexander Freydank ("Toyland") based the film is: When do you give up on a casualty? In doing so, he sometimes stays very close to what happened at the time, only to then deviate significantly from it.

A case for the intensive care unit

The cave researcher - in the film: Josef Häberle (Roland Silbernagl) - is several days away from the cave entrance with his comrades when the lump hits him. The friends provide first aid. But his condition is bad. Severe craniocerebral trauma - a case for the intensive care unit. He has to be revived several times.

Bertram Erhard, the leader of the mountain rescue service, played by Maximilian Brückner ("Tatort") comes under more and more pressure. Can he risk the lives of helpers? Can the injured person be brought out of the depths of the Unterberg over steep walls and chasms, waterfalls and bottlenecks in this condition? Can he survive the transport?

These are impressive images from the darkness that trace the extreme and dangerous mission. With spectacular shots, Freydank conveys an idea of ​​the underworld. The light from the headlamps throws wild shadows on the rock faces. Huge shafts are vaguely recognizable, footsteps echo, water drips. Then again it goes through narrow places - claustrophobia.

Very few are familiar with the Giant Thing Cave and have the skill to descend. Birgit Eberharter (Verena Altenberger) is one of them, a speleologist from the close circle of friends around the victim. She wants to lead a doctor to the injured person - but the doctor can't do it and has to give up.

Operations manager Bertram Erhard is at a loss. Can he let the cavers who have traveled in large numbers from half a dozen countries into the cave? He doesn't know them, the responsibility lies with him.

It's about human fear

He is strong on the outside: "We are the mountain rescue team. We have everything under control." But he hesitates. Once before, two comrades died in an operation he led. Valuable time passes. The cavers are angry and want to leave. The mountain rescue service cuts a bad figure in the person of Bertram Erhard. Occasionally the image of the mountain rescue service seems more important to him than the cause. The representative of the Ministry of the Interior (Marcus Mittermeier) does not come off well either.

"Film is fiction. This film isn't just about the rescue process down there. It's also a film about human fears, bureaucracy and about the fact that we can achieve more in Europe if we think about things we have in common", explains director Freydank. "The conflict: 'Do you want to endanger other human lives in order to save someone' is a very complex conflict. There are no easy answers." And as always with an artistic work, it is also about exaggeration.

Freydank, who also wrote the screenplay based on a story by Johannes Betz, basically follows the events of the time almost up close - that's what makes deviations difficult. blurring fiction and reality.

The conflict between the mountain rescue service and cave rescuers depicted in the film never existed, says the spokesman for the Bavarian mountain rescue service, Roland Ampenberger. In many crucial places, the real events were deviated from extensively in favor of the dramaturgy. "It is well known that television feature films do not aim to depict reality, but rather to create tension and emotions in order to offer entertainment for the viewer," says Ampenberger. The television viewers would have to decide whether this was successful here.

Freydank gives the story - here again fiction - a new twist: Overwhelmed, Bertram Erhard hands over the command of operations to his colleague Helene Rechlin (Anna Brüggemann). Now it's moving forward. You, the speleologist Birgit Eberharter and an Italian doctor (Sabine Timoteo) courageously advance the rescue. Real was the researcher Birgit, who had a different name in real life. She stayed close to Westhauser for long stretches, gave him courage - and died a year later in a cave from falling rocks. But neither the head of operations nor the doctor existed in reality.

Show girl power? That was dramaturgically wanted, says Freydank. For example, some characters were created that were inspired by multiple characters in reality.

In the credits, fictional last names of the partly fictional characters are abbreviated, as if identities had to be protected. A mini-biography tells how things went on with them. Here, too, fiction and reality are mixed up. If you don't know the history of that time, it will be difficult to separate the two.

1 Princess Kate: That's what Christmas was like... 2 Economy: Family businesses are more pessimistic about... 3 Devaluations because of mineral oil: Mineral oil residues... 4 Pete Davidson and Emily Ratajkowski: I guess they're... 5 Alexander Zverev: This is how he deals with his diabetes 6 Refugees: UN: More than 100 million people displaced 7 Great Britain: Many British organizations have to... 8 Rhein-Neckar-Kreis: Fire in a large bakery: Fire site... 9 Crime: Armed robbers attack supermarket in Edemissen 10 Storm: Heavy rains in parts of the Arab world 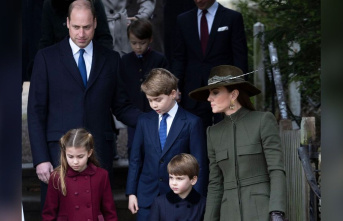