TV program: What does the television autumn bring?

Gradually, many well-known TV programs are coming back from the summer break, such as "Tatort", the talk "Anne Will" or the "heute-show". 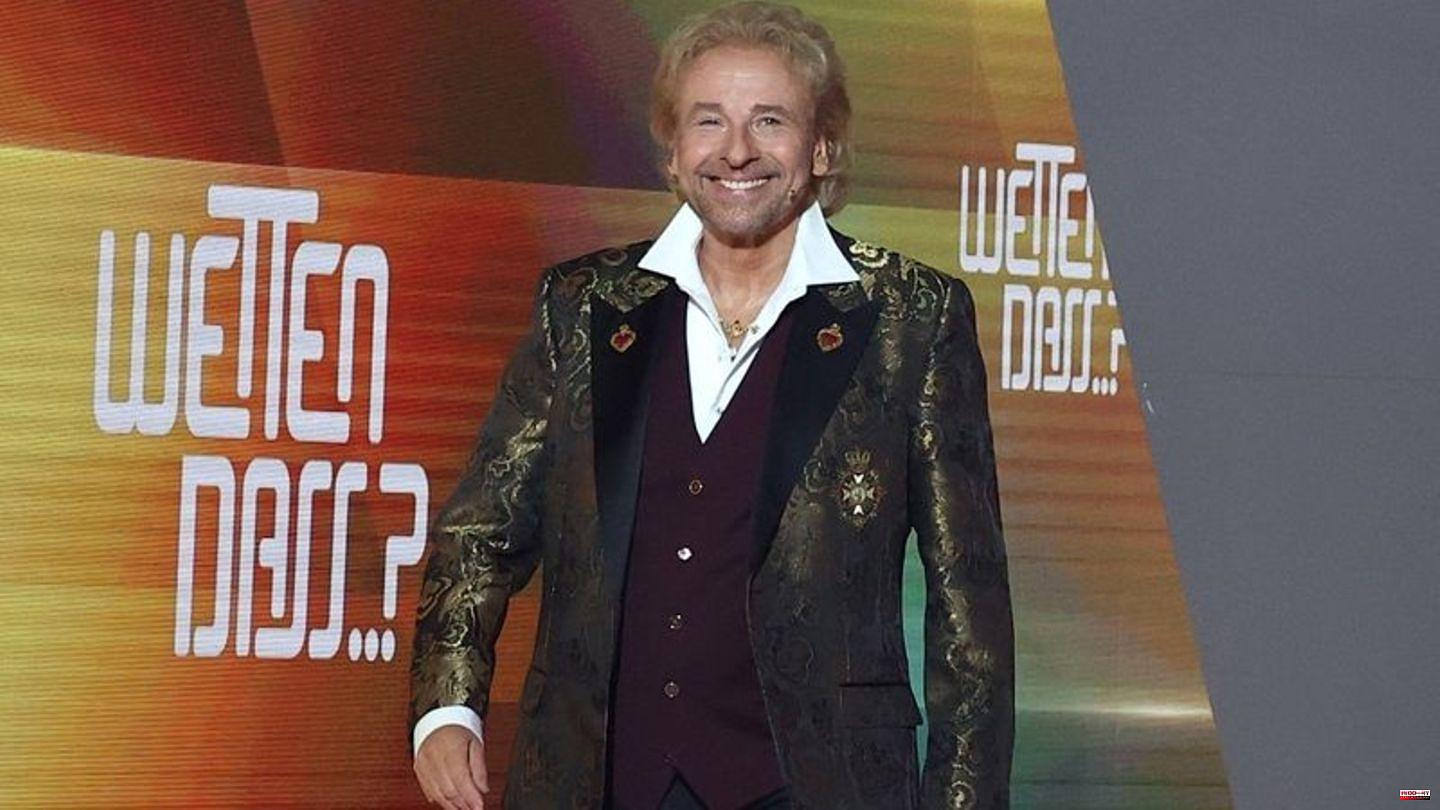 Gradually, many well-known TV programs are coming back from the summer break, such as "Tatort", the talk "Anne Will" or the "heute-show". The TV year continues and is heading towards the final sprint.

ARD and ZDF still have many thrillers ready, ProSieben on November 12 "Die TV total Wok-WM", Sat.1 already from September 21 "The Taste" and RTL, among other things, again its popular dome soap "Bauer sucht Frau". A selection of upcoming TV highlights until the end of the year:

With more than 14 million viewers, the revival of the traditional live show "Wetten, dass...?" with Thomas Gottschalk on November 6, 2021 one of the TV hits of the last year. In January it was announced that the ZDF fun will not remain a one-off revival, but should also come in 2022 and 2023.

This year's "Wetten, dass..?" edition is planned for November 19 (one week before the 1st Advent) and should come from Friedrichshafen. At the Revival 2021, Helene Fischer and the two Abba stars Björn and Benny were among the guests. Who will come in 2022?

The retro trend on German television continues: RTL has announced the gala show "RTL Saturday Night - The Reunion" for autumn, a revival of the 90s sketch show. The stars from back then like Olli Dittrich, Wigald Boning, Stefan Jürgens, Tanja Schumann, Tommy Krappweis, Mark Weigel and Esther Schweins should be there.

The regular cast also included Mirco Nontschew, who died at the end of 2021 at the age of only 52, and who should be remembered. Former producer Hugo Egon Balder will lead through the show evening.

According to ProSieben, the seventh season of the plush celebrity show starts on October 1st. In it, as is well known, celebrities sing masked in full-body costumes and have to be guessed. Previous winners of the seasons since summer 2019 were Max Mutzke, Tom Beck, Sarah Lombardi, Sasha, Alexander Klaws and Ella Endlich. Yvonne Catterfeld was the winner of a Christmas special.

For the "Stern" journalist, it felt like the coup of the century in the early 1980s. He had opened Adolf Hitler's diaries. Just stupid: They were fake. The series, starring Lars Eidinger, Moritz Bleibtreu, Sinje Irslinger, Daniel Donskoy and Ulrich Tukur, which first ran on RTL and contains many fictional elements, is now available on Vox on two Wednesday evenings (September 14 and 21) as free TV -Premiere.

The follow-up series to the cult production "Sex and the City" (SATC) celebrated its highly acclaimed premiere last December and has so far been shown in Germany on Sky and Wow respectively. From September 13, the ten episodes with the current big city adventures of Carrie (Sarah Jessica Parker), Miranda (Cynthia Nixon) and Charlotte (Kristin Davis) will be broadcast on German free TV on Vox. From September 10th they can also be found on RTL.

The medical drama series previously available on RTL will be included in the RTL program – on September 20th and 27th from 8:15 p.m. The story told by Dr. Eric Leonhard (Moritz Otto), who gets hired on a cruise ship because he is looking for his missing wife. He can't trust anyone on board, and so begins a journey between working as a doctor and secret investigations on his own.

The white house on the Rhine

The day of German unity is on the ARD in the sign of German history as a family epic. In the evening, the first shows this long-announced two-parter (three hours in total) full-length. It tells the story of a family of hoteliers on the Rhine between the end of the First World War and the eve of the Second. Jonathan Berlin can be seen in the lead role as Emil Dreesen. Pauline Rénvier, Benjamin Sadler, Katharina Schüttler and Nicole Heesters also play.

The popular ZDF series "Terra X" has been reporting on the nature and culture of the world for 40 years. For the anniversary, both are to be combined into one large overview. How has the nature of our planet shaped and influenced cultures?

34 years after the Ramstein air disaster (August 28, 1988), the accident at the US military airport was shown on ARD television. Probably at the end of October, SWR is supposed to release the fictional drama as a way of dealing with the accident, as well as an accompanying documentary in the first.

The Voice of Germany

Music legend Peter Maffay (72) is also looking for talent in the twelfth season of "The Voice of Germany". He sits next to colleague Rea Garvey, Silbermond singer Stefanie Kloß and "Voice" veteran Mark Forster. The final as a live show is planned for November 4th. The 20th and last season of the RTL casting show "Deutschland sucht den Superstar" will come in early 2023 - with Dieter Bohlen returning.

Game on the Abyss

In the context of the soccer World Cup (November 20 to December 18), ARD is bringing an international series project to the program in cooperation with Beta Film and Red Bull Media House. Degeto is responsible for the German part of this project, which was once called "The Net", and was one of the creative minds of ex-Burgtheater director Matthias Hartmann.

There are five nationally independent but narratively intertwined series. It's about the dark side of football, i.e. the world of the transfer market, the betting mafia, bribing referees and dubious betting shops.

Probably in November around the 80th birthday of gay pioneer Rosa von Praunheim (November 25th), this film will be released in the Praunheim-typical mix of documentary and feature film. The film shows pop star Rex Gildo ("Fiesta Mexicana"), who died in 1999, between public appearances and private longings. The work tells of the anti-gay pressure in show business and society at the time.

From December 1st, Marwa Eldessouky (39) will moderate the ARD tabloid magazine. So far she has worked for the RBB youth wave Fritz or the WDR radio station Cosmo. The previous "Brisant" frontwoman Mareile Höppner will switch from ARD to RTL in autumn after 14 years. In addition to "Extra", she should also represent Dieter Könnes and Steffen Hallaschka on "stern TV" and "stern TV am Sonntag" at the private broadcaster where she once started.

The tenth season was expected by fans as a matter of course in late summer, but according to Sat.1 it should only come "at the end of the year". 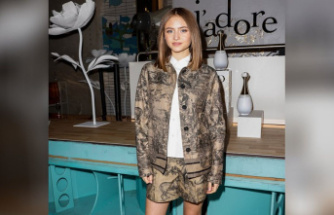 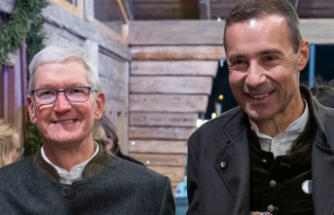 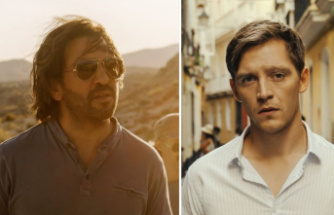 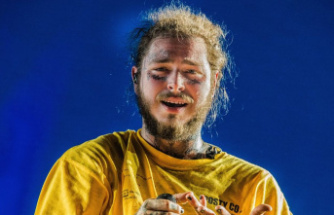 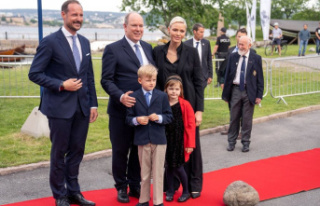