For the final applause, everyone rushes onto the stage: the monumental performance of hundreds of performers, musicians, choir members and other participants marks the end of the Oberammergau Passion Play 2022. 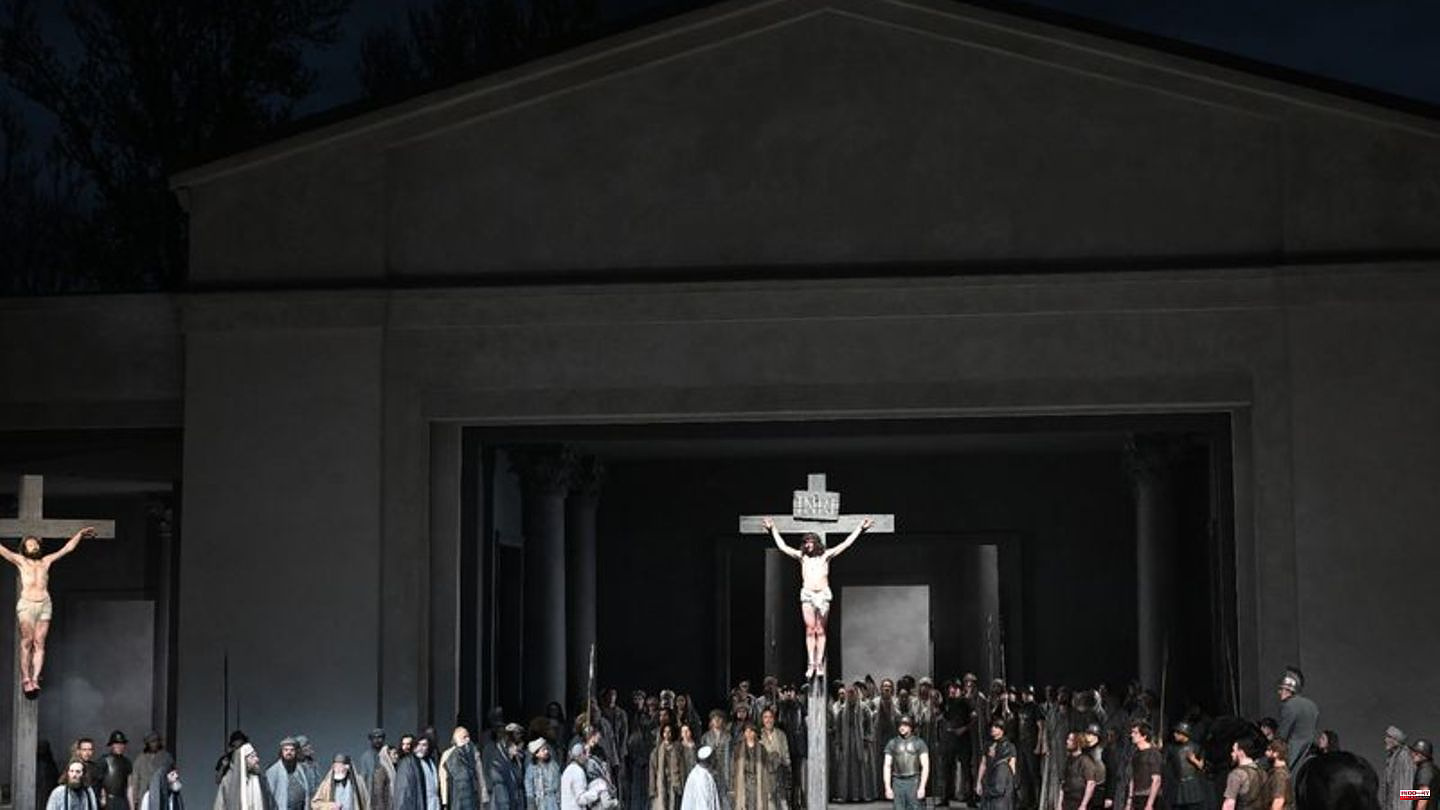 For the final applause, everyone rushes onto the stage: the monumental performance of hundreds of performers, musicians, choir members and other participants marks the end of the Oberammergau Passion Play 2022. "It's done," said director Christian Stückl on Sunday, visibly touched. The audience in the fully occupied Passionstheater rose to applause.

The more than 100 performances since May have been seen by around 412,000 people, many from abroad. Following an almost 400-year tradition, the mountain village puts on the world-famous amateur play about the suffering, death and resurrection of Jesus Christ every ten years. 1,700 people from Oberammergau took part, a third of the residents.

Some have tears in their eyes. After the long time together, many feel sadness, but also relief. He was "glad it's over now," said Stückl recently. He had to overcome many hurdles this time. Because of the pandemic, he had postponed Passion 2020 by two years. When rehearsals restarted in January, it was unclear how to play. Players with Corona kept falling out, roles were hastily reassigned.

In the end, a good 91 percent of the tickets were sold, more than we had hoped. It was extremely lucky that it went that way, says Frederik Mayet, who - alternating with Rochus Rückel - gave the Jesus for the second time.

The cross is now disappearing with other props in the store - for the time being. Preparations for the Passion in 2030 will begin in just two years. It is unclear whether Stückl will be ready again - an era could come to an end. For him, too, there are many unanswered questions about how things will continue after the Passion Play, says the 60-year-old, who is staging the Passion for the fourth time. Musical director Markus Zwink, who was in the position for the fourth time, has already announced his retirement.

Stückl, Zwink and stage designer Stefan Hageneier had modernized the Passion Play in many ways since 1990. As a director, Stückl promoted dialogue with representatives of Judaism and freed the play from anti-Semitic content.

Again he had the "Shema Israel", one of the most important prayers of the Jews, sung in Hebrew. Jesus and the disciples wore kippahs. By emphasizing the Jewish element in the Passion, Stückl also took a stand against current anti-Semitism. Appropriately for a world gone haywire, he also showed a pugnacious and sometimes angry Jesus who radically calls for non-violent resistance.

A production that was widely liked - and provoked. Just at the end of the Passion, the Judaist Peter Schäfer commented in the "Süddeutsche Zeitung". He spoke of a "Judeo-Christian mishmash" and of "folklore" with regard to words and prayers in Hebrew. Stückl received praise and top-class awards for his commitment from other representatives of Judaism and Jewish organizations, such as the Buber-Rosenzweig Medal, the Abraham Geiger Prize and the Isaiah Award from the American Jewish Committee.

The Archbishop of Munich and Freising, Cardinal Reinhard Marx, came again for the final presentation with several bishops. While Jesus was crucified one last time on the open-air stage in the autumn cold, the local hairdressers were already busy. Already in the afternoon many came who no longer had to go on stage to have their hair and beards cut. Since Ash Wednesday 2021, almost all those involved have had a hairdressing ban, according to tradition.

The Kretschmar hairdressing salon got reinforcements from Garmisch-Partenkirchen: Barber Rainer Herrmann took care of the beards. After a year and a half of growth, shaving is a special thing. "The skin is sensitive. You can't just shave over it." Herrmann has taken precautions: "I have stocked up well with gentle blades for the people of Oberammergau."

For a long time, the hairdressers were only allowed to shape it so that it didn't look too wild. Now you can give men and women short haircuts again - and dye hair pink or green. Everything had to look natural on stage, colors, but also artificial fingernails and eyelashes or bright nail polish were forbidden. Beautician Carina Purzner is also experiencing a "booking boom".

Cases of hair will accrue. Katharina Daisenberger from Salon Kretschmar is promoting a hair donation to customers: to organizations that make wigs for cancer patients, for example - or for water protection. Because hair has a useful property. They absorb grease, mineral oil or sunscreen residue. One kilogram can absorb up to eight kilograms of oil, says Daisenberger. She supports an organization that makes water filters out of hair. Oberammergau hair, whether from disciples or Pharisees, could soon contribute to the cleansing of seas, rivers and lakes. 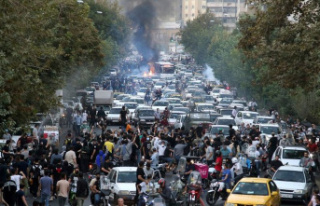 Human rights: Security forces in Iran use force at...