Las Palmas de Gran Canaria is a cosmopolitan city where international cuisine restaurants already proliferated when they were still taking their first steps in Madrid or Barcelona. 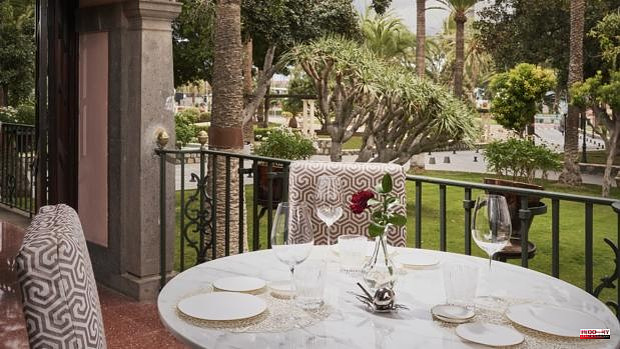 Las Palmas de Gran Canaria is a cosmopolitan city where international cuisine restaurants already proliferated when they were still taking their first steps in Madrid or Barcelona. In fact, Gran Canarians boast that the first Japanese restaurant in Spain was opened there. And also the first establishment of Indian cuisine, something logical since the colony of that country has been numerous and influential there for a long time. But the progress made in recent years has been more than remarkable.

Precisely Las Palmas de Gran Canaria has just received its first star. And it has been, paradoxes of life, for the restaurant of two brothers from Tenerife, the Padrón, who already have another star restaurant in the south of Tenerife, El Rincón de Juan Carlos.

Now the two islands are united by the solid cuisine of these brothers. The one in Las Palmas, called Poemas, is in the magnificent Santa Catalina hotel, opened in 1890 and recently restored, recovering all the luxury of its beginnings. At the helm of the kitchen, the young woman from El Hierro, Icíar Pérez, perfectly interprets the work of the Padrón family, with a menu that recovers many of their classics, including those 'ravioli' with Parmesan cheese and lentil broth that remain to be remembered.

And with Poemas, the other great restaurant in the city is Muxgo, by Borja Marrero, installed in the Catalina Plaza hotel, the only hotel establishment in the Canary Islands that is eighty percent sustainable, operating practically without energy consumption. There, on the top floor, is this restaurant, with a large panoramic terrace where he has installed some orchards where he grows vegetables that are picked at the moment for some dishes. Most of the dishes are made with products from his farm in Tejeda, less than an hour from Muxgo. The work that this chef from Gran Canaria is doing with the meat and other products of the sheep that he raises on that farm is outstanding. Two tasting menus that are a true reflection of the setting with successes such as the cheese soup with gofio rock, almonds and mandarin pearls, or the watercress stew with ribs, millet, beans and gofio.

Poemas and Muxgo are the spearheads of this renovation of the kitchen in Las Palmas, but the offer is much broader. Starting with informal places like Cuernocabra or Vinófilos. The first is from Safe Cruz, from Tenerife, who has become the best ambassador of Canarian cuisine in Madrid with his restaurant Gofio, which has one star. Located in the Gourmet Experience area of ​​El Corte Inglés, it is a small space with a very short menu of dishes inspired by popular cuisine, rich and well resolved, with very affordable prices and designed to share. As for Vinófilos, it is a winery-shop with nearly a thousand different wines, eighty of them served by the glass, and an attractive offer of traditional tapas ranging from spiced liver "trout" or a juicy omelette with Iberian cold cuts to rabbit in salmorejo or a good assortment of cheeses from the islands.

Among the restaurants that give prominence to the product and the local recipe book, I especially like El Equilibrista and La Solana. In the first, Carmelo Florido designs and perfectly executes what we call the kitchen of memory. Dishes adhered to the Gran Canaria tradition, with the right ingredients and lots of flavour. A refined vision of the island's popular cuisine, with dishes such as burgados (periwinkle) rice, with a light touch of lemon, or the popular escaldón de gofio with grouper. At La Solana, the veteran chef Juan Miguel Sosa has been joined by his son Alejandro and his daughter-in-law Marina Tudanca, who have returned to the island after an interesting period working with Dabiz Muñoz in Madrid and London. The result of this family reunion is an apparently informal but high-end cuisine. As an example, its stew of cod tripe with white beans and frog legs or the matured cow meatballs stuffed with half flower cheese.

In a similar vein, another good address in Las Palmas is Majuga, where chef Braulio Rodríguez offers an attractive cuisine based on Canarian products with a peculiar contrast of flavors in which sweet touches predominate. Among his dishes, the reinterpretation of the popular millet broth. Another highly recommended restaurant is Tabaiba. Abraham Ortega defines his work as 'evolutionary Canarian cuisine'. There is creativity in some dishes in which the local product serves as a base but which are open to international influences. A good example of this is their mojo-mole, which combines the traditional red mojo with a mole from Puebla. And if you want to eat rice, go to La Bodega de la Avenida. Alex Santana makes five different ones, which are changing. He highlights the sweet knuckle confit and snails.

THE WAREHOUSE OF THE AVENUE. Av. Mayor José Ramírez Bethencourt, 18.

1 La Pegatina: «During the pandemic we were lucky to... 2 No news of the unicorns in Italy 3 China pushes its global economic ambition to the limit... 4 When Tres Cantos was at the forefront of semiconductors 5 Spain sprints to rejoin the industrial platoon of... 6 US and S. Korea launch missiles at sea to match North's... 7 The new delegation of the Generalitat in Slovenia... 8 Sánchez will explain his pact with Rabat after 82... 9 A fighter-bomber in the garden 10 Sit-ins and insults embarrass Biden at his American... 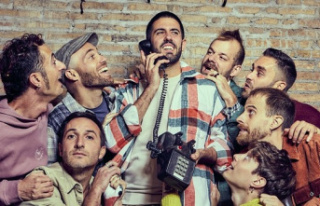 La Pegatina: «During the pandemic we were lucky to...