Tomás Rufo and Malvarrosa: a fight to the death

The scream of horror sharpened by seconds. 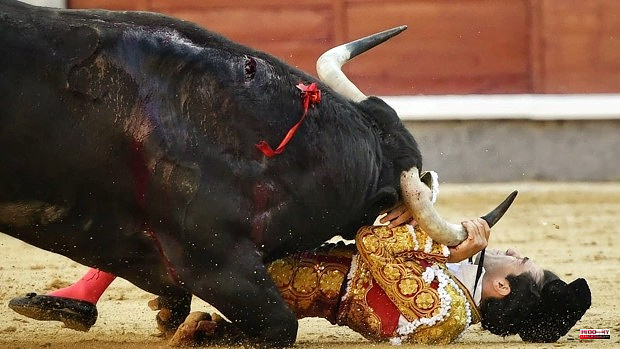 The scream of horror sharpened by seconds. There was no way to turn off the "ouch!" from the line, a hoarse voice of a funeral opera. It pumped the heart of Las Ventas. "Boom, boom, boom," sounded in every blow, in every punch between animal and man. This was a fight to the death. Foreman versus Ali. Malvarrosa against Rufo in the Kinshasa Monumental. That mulatto and bragado black bull launched all his fury against the bullfighter of blood and gold. "He is going to kill him," was heard in the frightened stands. He frightened every encounter, that python blow that unbuttoned his shirt and his soul, those hands that gloved and grabbed the murderous daggers with a force that not even Rufo knew he possessed. There nobody got out of the ring, as if there were no big or small enemy.

Another 'Rumble in the jungle'. A brutal melee, in which not even God bet that Tomás would come out alive. The "ouch!" they rose to that Madrid sky that Cristina Tárregas spoke of in the slaughterhouse. At seven forty in the afternoon the blue empyrean joined the earth, with Malvarrosa blowing Rufo up into the air. A dry punch from the bull, with the iron from Salamanca from the Port of San Lorenzo, ripped the bullfighter's bowtie off, with the iron from Toledo from Pepino. That fight grew and grew. An animal of 46 arrobas in front of a man of 70 kilos, but possessed by Cratos. "It looks like a scene from Greek mythology," the historian Pablo managed to say. Few words were poured onto the concrete beyond "ouch." In the eyes of Luis Figo, in the front line from a burladero, all that horror was reflected. Because the fight went on and on on the sand. Low and high blows that David Gistau would have spelled masterfully.

The novel that was written in this neighborhood of Lucero had as a prologue a chest pass with the cape as a brooch to some gaoneras. The author: Tomás Rufo, who brought the buzz of the Puerta Grande in confirmation of him. The dream of his figure chased him in each attack and he did not forgive the turn of removes in that bull that corresponded to José María Manzanares. And the one who did not forgive was Malvarrosa: only a divinity prevented those pythons from sinking beyond the buttons and the bowtie. After those anguished seconds in which life waded through death, the bullfighter who thought of nothing more than his D-day and his H-hour stood up. He was being explored by crews like emergency room doctors. Nothing visible, except a massive beating. And with her on top he then faced her lot. Once the lines discovered that he had escaped unharmed – «yet another miracle», said Francisco Álvarez, always clinging to his club in the lead of 3 –, the voices that followed throughout the bullfight were those of «bull, bull!" or "kill that invalid goat." Until he showed up the sixth and knocked down Manuel Sayago in a resounding way. Beneath his breastplate was the varilarguero: "He has crushed him," he heard himself. Walking he went to the infirmary while Daniel Duarte fishtailed Dormouse.

The ovation of the bullfight was taken at 9:03 p.m. by Fernando Sánchez. "Superb pair, how he has squared and has come out of the bull's face!" Said a connoisseur while the pools were divided between him and Ángel Otero as the best banderilleros of the fair. The lines boiled so much that the “Long live Spain!” was born. of each carnation Friday. Rufo, with everything in his favor – «come on, we are with you», encouraged Inmaculada Arroyo, from Cervera de los Montes –, revealed at her 22 springs the mysteries of the temple in a captivating task. There was no longer any 'ouch', only 'oles'. An ear of law strolled in the middle of a double request. New assault won in the Venteño ring by the boxer from Toledo, the great sensation of San Isidro. "I want to be," he sentenced. And it will be. 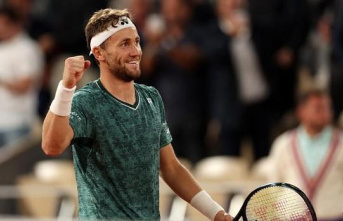 Casper Ruud meets his idol Nadal in the Paris final