Tomás de Perrate: «We must continue in the classic but setting foot in modernity» 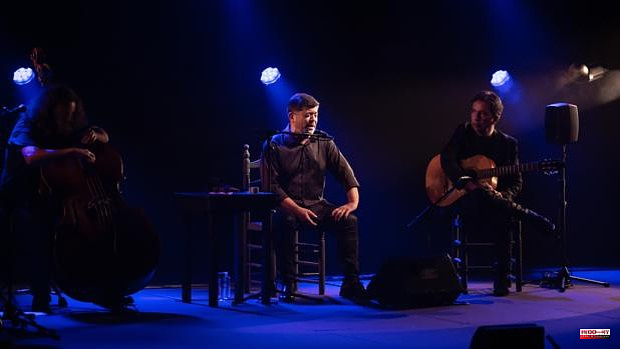 'Tres coups' is the first album in eleven years by cantaor Tomás Fernández Soto, Tomás de Perrate (Utrera, 1964). Produced by Raül Refree under the artistic direction of Pedro G. Romero, this new work by the singer from Utrera is, in the words of his director, “his radical commitment to the present of his last name”. And the fact is that Tomás is a descendant of one of the great gypsy dynasties of flamenco singing, that of the Perrate de Utrera. Grandson of Manuel Torre, son of Perrate de Utrera and nephew of María la Perrata, he is also related to the Peñas (cousin of El Lebrijano and second uncle of Dorantes), the Agujetas and Bambino. Some echoes that, through soleá, seguiriyas and bulerías but also through folía, chaconne and jácara, he updates in this work.

How were these 'Three Blows' born?

I have always been very fond of, shall we say, popular and classical music from the Golden Age: Folías, jácaras, chaconas, romances,… And when I started working on this project, my artistic director proposed a series of themes that were based on that period. At the same time I was also very interested, as a result of the discovery of America, in the slavery of the time, since apparently much was colonized in what had been the province of Seville and Cádiz. In fact, in Utrera, my town, there were quite a few black Africans, as there were also in Seville and Cádiz. And of course, all this together with the discovery of America had a great influence on what was, let's say, "Spanish" popular music at that time. Evidently the flamenco that came later was also very influenced by all of this. And from there starts the basic idea of ​​this work.

The artistic director of the album is Pedro G. Romero and the producer Raül Refree.

I have been working with Pedro G. for many years, first as a result of a project that he proposed to me about the music of Piazzolla and Goyeneche and later with Israel Galván. I met Refree through Pedro G. and «A Negro», the production company I work with, who proposed him as a producer. Personally I didn't know him, I knew that he had triumphed with Rosalía's first job but it seemed to me that he had clarified many voices, let's say, white and mine was too dark. However, I really liked his arrangements and the way he treated music. And well, I ventured. I already had my model made because I didn't want anyone to take my invention away from me and the truth is that afterwards it was an incredible contact. He perfectly understood what my intention was and he respected it. And he has done an exquisite job. He has made it shine by respecting my proposal.

The repertoire is not the usual for a flamenco album…

Indeed, it is all the music, let's say, from the Golden Age, which has always caught my attention and which I have made my own. I start from the argument base that I imagined that I was a gypsy dockworker in the Port of Triana, where the first treasures that arrived in Seville already abounded and that coincides with the arrival of the gypsies in Spain. So I thought how a gypsy, who already brought his own culture of bulerías, seguiriyas and tonás, was not satisfied with that knowledge but rather adapted to the popular music of that time that had that folkloric form. And it is true that what in some way identifies us gypsies is the ability to adapt to the environment in which we find ourselves. And that has been my premise when inventing. I have put myself in the shoes of that gypsy adapting to these new times.

There is chaconne, folía, jácara, street fandangos,… but also traditional styles, such as seguiriyas, soleá or bulerías… in which repertoire do you feel more comfortable, in the traditional one or in the evolved one that you have included on the album?

Normally I am comfortable with everything I do, both with traditional repertoires and with nods to other musical disciplines. And also, of course, with research, as is the case, as well as with other universes such as improvisation or electronic music, which I'm now putting my head into. And of course with the conceptual works that I do within flamenco with the bailaores Israel Galván, Ana Morales, Paula Comitre, Leonor Leal, … all of these are proposals completely different from the usual styles in which I also feel very comfortable.

Do you think this path that you show on the album is where the future of flamenco can go? Go renewing with one foot in tradition and the other in modernity? Do you think there could be something else?

I do not think so. Staying anchored in tradition is not going to get us anywhere. Classical flamenco is a very interesting thing, but to the public in general and especially to the new generations we have to give it something or other that is more familiar to them, more appropriate to the times and, of course, more accessible to their ears. That's my intention, through, perhaps, a folia to take them to a cante por seguiriyas from the deepest. That's the idea.

What do you think your father would say about this job?

My father? I think he would hit me twice if he saw that I didn't do anything. He was especially modern and restless and I think that if he had stayed in his world he would have told me: «Child, adapt to the new times and be consistent with your contemporaneity. Don't go doing the same thing I've done because we're going to end up in the hands of the gentlemen again. And investigate, investigate. He would see it as nonsense not to advance. Today I am doing classic recitals and nods in other ways. It is about following the same line a bit, continuing in the classic but setting foot in modernity.

1 Ence projects in As Pontes a complementary plant to... 2 The Galician PP does not close to reforming the Statute... 3 New SER zones come into force in Madrid: these are... 4 The PP calls on Puig to put an end to his "water... 5 Airef estimates that extending the anti-crisis package... 6 Caruana against Nepo, the United States against Russia:... 7 The Diputación asks for a Faculty of Medicine for... 8 «Alejandro was always a child, in his ID he continues... 9 The new Gran Montecelo Hospital in Pontevedra will... 10 The new Minister of Education of Ximo Puig promises... 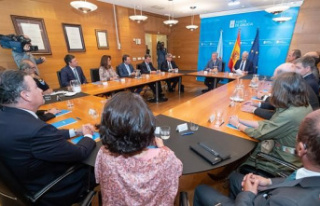 Ence projects in As Pontes a complementary plant to...