The legendary "Listen, who's hammering" duo made up of Tim Allen (69) and Richard Karn (66) is returning to German television with a new home improvement show. 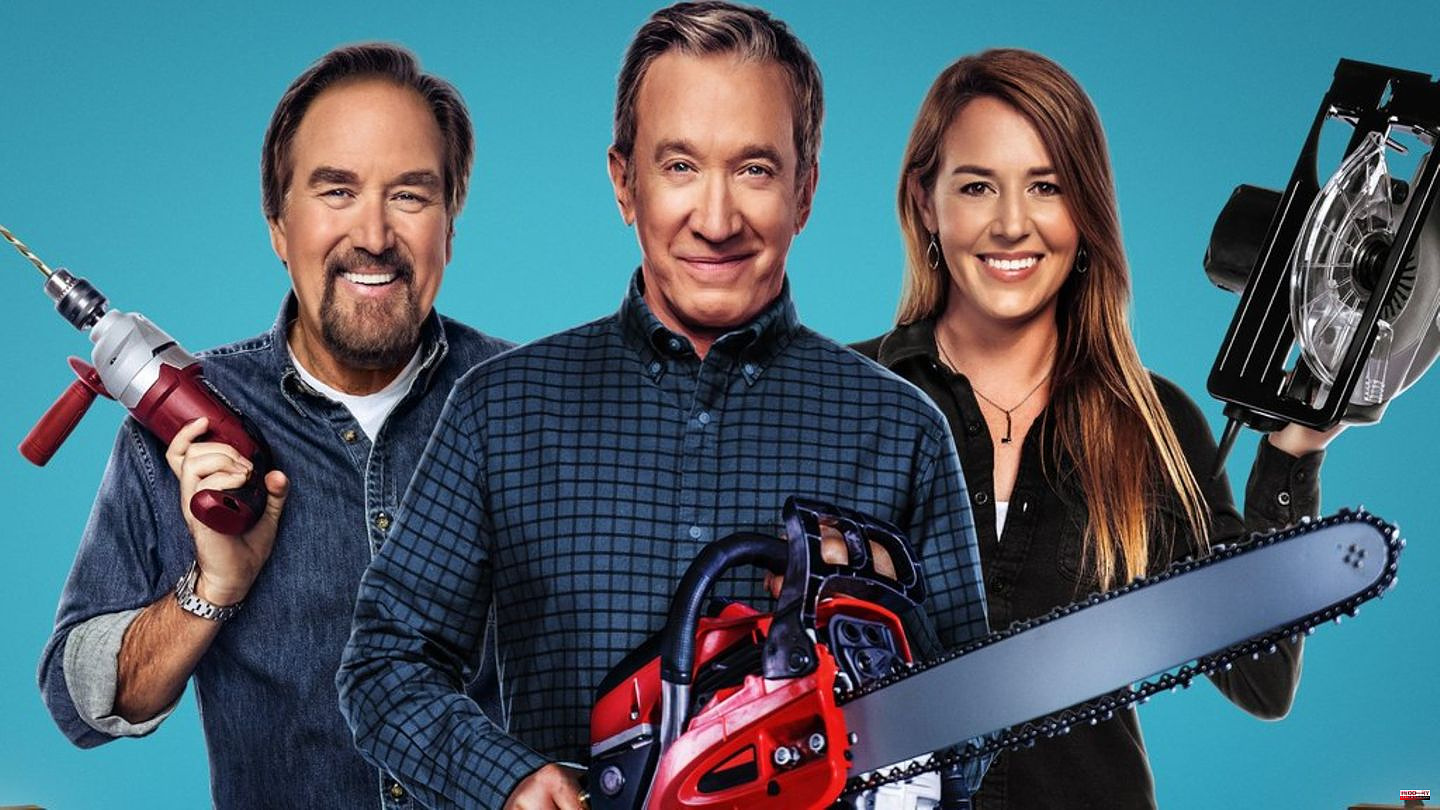 The legendary "Listen, who's hammering" duo made up of Tim Allen (69) and Richard Karn (66) is returning to German television with a new home improvement show. The History Channel shows "Tim Allen - Volle Heimwerker-Power" as a German TV premiere from December 1, weekly from 8:15 p.m.

Allen and his iconic sidekick Karn explore the history and functionality of tools including lasers, blades, magnets, batteries, cranes and more in the new show. The duo is supported by YouTuber April Wilkerson (35), who specializes in do-it-yourself topics.

In each episode of the documentary format "Tim Allen - Volle Heimwerker-Power" the trio takes on a tool. It looks at its history and development as well as the wide range of possible uses and tests its limits. It all starts in Allen's workshop in Los Angeles, but the moderators also have tools and machines demonstrated on site or test them themselves. The range of tools presented ranges from bulldozers and excavators to guillotine shears. In addition, all invited experts set challenges in order to get the full do-it-yourself power out of the devices and machines.

Hosts Allen and Karn rose to prominence in the 1990s on the home improvement sitcom Hear Who's Hammering. In the fictional home improvement show "Tool Time," Tim Taylor (Allen) and his assistant Al Borland (Karn) solve home improvement problems that Tim often tries to solve with excessive use of technology. In Germany, the series ran on RTL's afternoon program for years. Allen and Karn's new colleague Wilkerson has around 1.5 million subscribers with their YouTube channel.

At the start of "Tim Allen - Volle Heimwerker-Power" four half-hour episodes will appear on Thursday evening at 8:15 p.m. The remainder of the episodes will air in double episodes on The History Channel for the three following Thursdays at the same time.

Once broadcast, the episodes will be available to stream via the video-on-demand platforms of - among others - Sky, Vodafone and Telekom.