This will be the Rolling Stones concert at the Wanda Metropolitano

While their Satanic Majesties are on a family jaunt around Madrid, enjoying flamenco parties, Reina Sofía Museums, Retiro Parks and other benefits of the self-baptized City of Liberty, Rolling Stones fans bite their nails waiting for the great event of this night at Wanda Metropolitano, starting at 8:30 p. 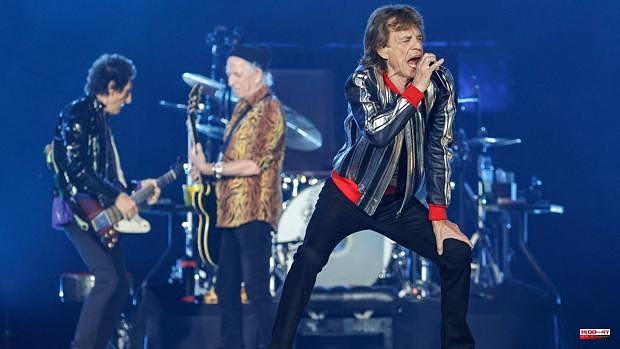 While their Satanic Majesties are on a family jaunt around Madrid, enjoying flamenco parties, Reina Sofía Museums, Retiro Parks and other benefits of the self-baptized City of Liberty, Rolling Stones fans bite their nails waiting for the great event of this night at Wanda Metropolitano, starting at 8:30 p.m. What will the concert be like?

The first will be emotional and symbolic. Much. We are talking about the first show without Charlie Watts, rest in peace, who will be replaced by Steve Jordan, a great friend of Keith Richards. We also talked about the fact that it will be the first macro-concert in a Spanish stadium after two and a half years of the pandemic (the last one was Muse on July 26, 2019), there was already a desire, an unbeatable starting gun.

And let's not forget that it is the start of the European tour of one of the most important bands in the history of popular music, entitled 'Sixty', for the six decades that they have been together and scrambled. The doubt about whether it will be the last time we see them on stage has been recurring for a gazillion tours... that always gives it an added marketinian morbidity. This will be his 23rd concert in our country, the last one took place in 2017 in Barcelona. We'll see how long they endure emulating their old bluesmen idols who never retire. They withdraw them.

Precisely because of what has been said, since it is the first concert of this European tour, the setlist is not yet known with precision. Comparing with the one they played on their North American tour of stadiums in 2021, and what has been leaked (via Rock FM) by a legendary fan of the group who has been sticking his ear in rehearsals at the Wanda, we can see that they will obviously not be missing classics like: 'Gimme Shelter', 'Paint It Black', 'Jumpin' Jack Flash', 'Tumbling Dice', '(I Can't Get No) Satisfaction', 'Street Fighting Man' or 'Start Me Up'. And some more like '19th Nervous Breakdown', 'You Can't Alway Get What You Want', 'Honky Tonk Woman'... The one they seem to have definitively marginalized is 'Brown Sugar', eliminated from their repertoire due to their references to slavery.

In addition, the British group has confessed that it has also prepared a selection of more surprising songs for the delight of its devotees, which, of course, we cannot venture to specify, but we can hypothesize based on these rehearsals and the previous tour . Among those who will play there will be many of these: 'Living in a Ghost Town', 'Slipping Away', 'Miss You', 'Midnight Rambler', 'Bitch', 'She's so Cold', 'Like a Rolling Stone', 'Monkey Man', 'Shattered', 'Neighbours', 'Hot Stuff'. 'Sweet Virginia', 'Ruby Tuesday', 'Mother's Little Helper', 'Criss Cross Men', 'All Down The Line', Sad Sad Sad', 'Out of Time', 'Dead Flowers', 'Get Off My Cloud ', 'Under My Thumb', 'Can't You Hear Me Knocking', 'Fool to Cry', 'Mothers Little Helper', 'She's a Rainbow', 'Criss Cross Man', 'Out of Time', 'Beast of Burden' or 'Happy'.

In any case, let's remember what was the setlist of his last concert, the one held at the Seminole Hard Rock Hotel

2. Let's Spend the Night Together

5. You Can't Always Get What You Want

6. Living in a Ghost Town

14. Sympathy for the Devil

Important also, the scenery. As usual for the Rolling, there will be a spectacular new production for this 'Sixty' tour, with a huge stage, innovative lighting and state-of-the-art video design that will be unveiled tonight by entertainment architects Stufish, usual suspects of collaborators They have worked together on tours for decades. It is the world's leading company in its sector as it works with Beyonce, Stormzy, Madonna, Lady Gaga, Elton John and they were the creators of U2's impressive 360º stage.

We must also remember that before Richards, Ronnie Wood and company, the Rolling will have two opening acts. First, the Vargas Blues Band will perform, with John Byron Jagger, Mick Jagger's nephew, as a guest, who will have half an hour or forty minutes. And, later, it will be the turn of the Barcelona trio Sidonie, during a similar period of time and where, to celebrate such an occasion, they will present a new song to the massive fans of more than 45,000 people: 'Heavy and stupid', it's called.

After this start of the European tour, the Estonian entourage will make stops in Germany, the United Kingdom (in Liverpool, specifically, their first concert in the city of the Beatles in 50 years), the Netherlands, Switzerland, Italy, Belgium, Austria, France and Sweden already throughout the satanic summer.

1 Juan Mayorga, Princess of Asturias Award for Letters... 2 The executive who changed fashion by making potato... 3 These are the 81 towns in Castilla y León where you... 4 Barcelona soccer coach arrested for alleged abuse... 5 Festival de les Arts 2022 in Valencia: schedules,... 6 CCOO values ​​that 51% of university students... 7 Vox, Cs and PP take to the Council of Statutory Guarantees... 8 More than 185,000 counterfeit stationery products... 9 The number of Mossos agents who report sexual abuse... 10 Mañueco, to Felipe VI: «Castilla y León continues... 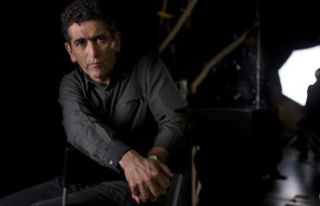