A team from the Institute of Cultural Heritage of Spain (IPCE) has recovered from the Valdecañas reservoir (Cáceres) a stone boar from the time of the Vettones, in a unique attack position, which is now at the IPCE headquarters in Madrid for study and restoration. 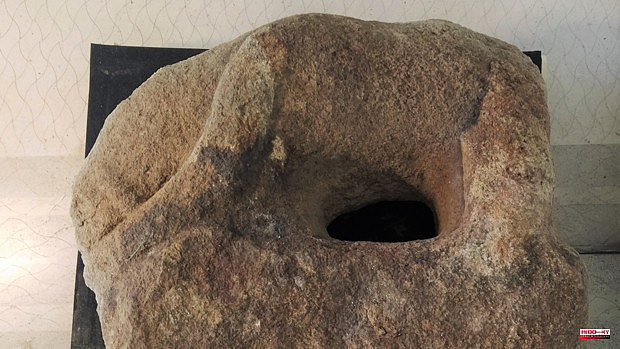 A team from the Institute of Cultural Heritage of Spain (IPCE) has recovered from the Valdecañas reservoir (Cáceres) a stone boar from the time of the Vettones, in a unique attack position, which is now at the IPCE headquarters in Madrid for study and restoration.

The figure, which was recovered on June 8, "is a suido made with careful execution, in a kinetic position, with its head lowered and its front legs flexed in a clear gesture of attack," according to the Ministry of Culture and Sport in a note.

This type of boar in an aggressive attitude is very unusual. Only 30 have been found in the Tagus basin, compared to the 119 represented in a static position.

From the IPCE it is pointed out that "these sculptures in an aggressive or attacking attitude could be carved with a protective purpose of the castro or town against external threats, as guardians".

The piece was removed from the reservoir by boat and later transferred by land transport to the Spanish capital, to the IPCE building known as Corona de espinas, where another boar recovered last summer in the municipality of El Gordo is currently being studied. This granite sculpture from the Iron Age is also unique, as it is one of the few with two conjoined boars on the Peninsula.

The unusual drop in the water level of the Valdecañas reservoir in 2019 revealed elements of great archaeological interest, such as the ancient Guadalperal Dolmen. With the aim of documenting, recovering and protecting the historical heritage of the reservoir, a Working Group was created made up of the Junta de Extremadura and the Ministries of Culture and Sports and of Ecological Transition.

Within this framework, the IPCE has since carried out archaeological work on the land that has the status of hydraulic public domain, within the flood zone of the reservoir, owned by the state. The reservoir has been studied through photogrammetry to geolocate the archaeological elements and urgent measures are being identified and adopted due to the risk of looting to which some pieces have been exposed.

1 Manuel Agujetas: the Bukowski of flamenco singing 2 The Government declares Nativity Scenes as a Representative... 3 The new Latino Museum in the United States reduces... 4 Sónar starts rolling in search of lost time (and... 5 Azkena and Sonorama, two great anniversaries between... 6 The PP asks for explanations for the participation... 7 The emotional video in which Manuel Carrasco dedicates... 8 "Spain has to rebalance the balance in North... 9 Twelve Dads Talk About How the Pandemic Changed Their... 10 Aspiring national police: "This is not an opposition,... 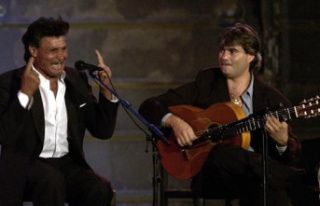