The Lidar laser has revealed evidence of unknown settlements built by a "lost" pre-Hispanic civilization in the Amazon basin, according to a study published in the journal 'Nature'. 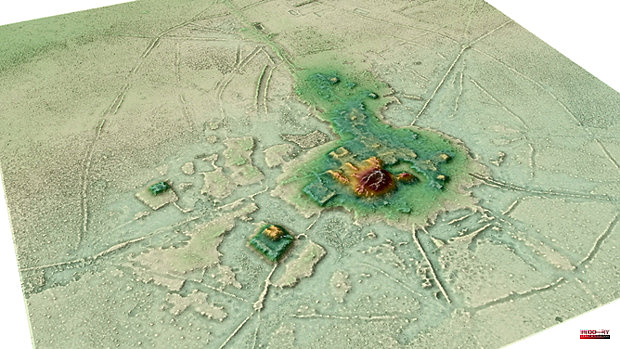 The Lidar laser has revealed evidence of unknown settlements built by a "lost" pre-Hispanic civilization in the Amazon basin, according to a study published in the journal 'Nature'.

Heiko Prümers, from the German Archaeological Institute, and Carla Jaimes Betancourt, from the University of Bonn, have been studying the Llanos de Mojos region, in the southwest of the Amazon basin, for more than twenty years. There they have followed the trail of the mysterious Casarabe people, who inhabited the area (between 500 and 1400 AD) and have discovered several unknown settlements within a network of roads, causeways, reservoirs and canals.

The findings show that this culture was much more numerous than previously thought, and that it had developed an extensive civilization.

The region of is a tropical lowland savannah. It has different wet and dry seasons each year: in the drier months there is no rain, but during the rainy season, between November and April, much of the area is flooded for months. For this reason and because the Spanish missionaries only found isolated communities living there in the 16th century, and scientists had assumed that the pre-Hispanic population in the area was scarce.

However, these latest discoveries finally refute the idea that the region was sparsely populated, and show that the Casarabe had instituted "low-density tropical urbanism," according to experts.

Thanks to Lidar, two remarkably large deposits have come to light in Cotoca and Landívar, 147 and 315 hectares respectively, in a dense four-tier settlement system. Both knew each other before, but their true extent has only been revealed now. It is not yet possible to calculate how many people lived there. "However, their arrangement tells us that there were many active hands at work here," Heiko Prümers said in a statement.

Some modifications made, such as the expansion of the wall moat system in Cotoca, also speak of a reasonable increase in the population. "For the first time we can refer to pre-Hispanic urbanism in the Amazon and show the map of the Cotoca site, the largest settlement of the Casarabe culture that we know of up to now", Prümers stressed. “With a north-south extension of 1.5 kilometers and an east-west extension of approximately one kilometer, the largest site found to date is as large as Bonn was in the 17th century”, Jaimes Betancourt stated.

The settlements were linked by roads and causeways, and had been built in roughly concentric circles around these two main Casarabes sites. The Lidar laser has revealed the architecture of the large squares of the settlement. Tiered platforms crowned by U-shaped structures, mounds and conical pyramids (up to 22 meters high). Causeway-like pathways and canals connect individual settlements and indicate a close social fabric.

The researchers stress that, despite all the euphoria over site maps and the possibilities they offer for reinterpreting settlements in their geographical environment, the real archaeological work has only just begun. "Time is running out because the expansion of intensive agriculture is destroying a pre-Columbian structure every month in the Llanos de Mojos region, including mounds, canals and causeways," Betancourt denounced.

1 The Louvre Abu Dhabi will appear in the case against... 2 The attacker of the 'Gioconda' sneaked into... 3 Francisco López-Seivane: "Wisdom often arrives... 4 The Nicaraguan dictatorship orders the closure of... 5 They find in the Egyptian necropolis of Saqqara 250... 6 Madrid resurrects the most festive Shrimp 7 The Government will invest 35 million euros in the... 8 'The other stories of the volcano', the... 9 The Madrid City Council declares six new areas saturated... 10 The judge dismisses five resources not to go to trial... 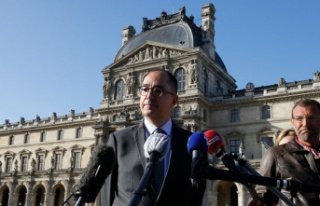 The Louvre Abu Dhabi will appear in the case against...