The US wants to increase cooperation with tribes in land management

Chuck Sams, Director of the National Park Service, stated Tuesday that he and other officials are committed in increasing the role of Native American tribes in managing public lands throughout the U.S. 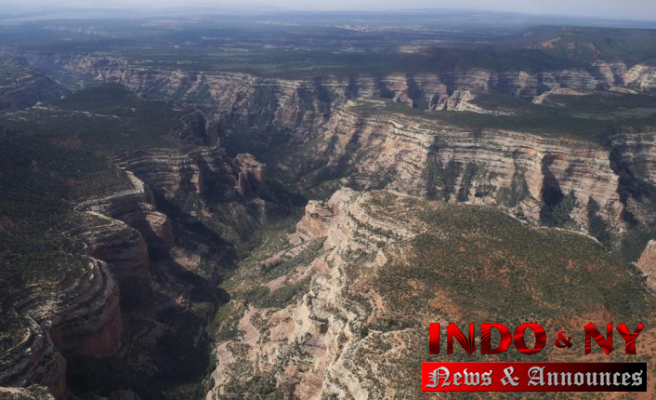 During a virtual hearing, he told congressional committee members that part of his effort included integrating Indigenous knowledge in management plans and acknowledging that federal lands once belonged the tribes.

Sams was asked how the National Park Service could make use of existing authority and the most recent executive directives by federal officials in order to fulfill the latest round promises to tribes about meaningful consultation and having a place at the table.

Sams, a Cayuse and Walla Walla native and a citizen of the Confederated Tribes of the Umatilla Indian Reservation is the first Native American to head the Park Service. He stated that education is key to bringing about changes on the ground.

He said that "Much of the above has been missing in our history books," and that the federal government is obligated to ensure tribal voices are heard.

Sams stated that his agency currently has around 80 agreements with tribal tribes and that he expects this number to increase.

The Acadia National Park Wabanaki Nations of Maine are involved in a multiyear project that focuses on sweetgrass traditional gathering. This is based on centuries of ecological knowledge.

Carleton Bowekaty is the lieutenant governor at Zuni Pueblo. He is also a member the Bears Ears Inter-Tribal Coalition. Bowekaty told lawmakers that the tribes of the Southwestern U.S. joined forces to protect their mutual interests in the fight for the Bears Ears National Monument, Utah.

Bowekaty stated that although some tribes may be located far from the monument's location, they still play an important role in traditional ceremonies and practices. He also said that the Bureau of Land Management is asking for traditional knowledge to help them create a management plan.

He asked, "What is the best way to restorative justice? Giving tribes the chance to manage lands their ancestors were removed?" He added that co-management will work only if there's a shared problem-solving approach and an open exchange of views.

Doug Kiel, a Oneida Nation citizen and assistant professor of history at Northwestern University told Congress about the Oneida Nation's long-term planning philosophy that is important to many Native American tribes. He stated that it is about what is in the best interests of all people for seven generations.

He said that land managers can draw on thousands of years worth of historical data to help them today, given the increasing pressures of global instability and climate change.

He said, "One way to consider what it means for Indigenous thought to be included in these dialogues is to think of depth of time. A different perspective." "This is a lot of what I'm talking about when we talk about traditional ecological knowledge.

Prince Andrew is officially dismissed in a sexual...