A world around Isabelle Huppert quickly takes on surreal features. 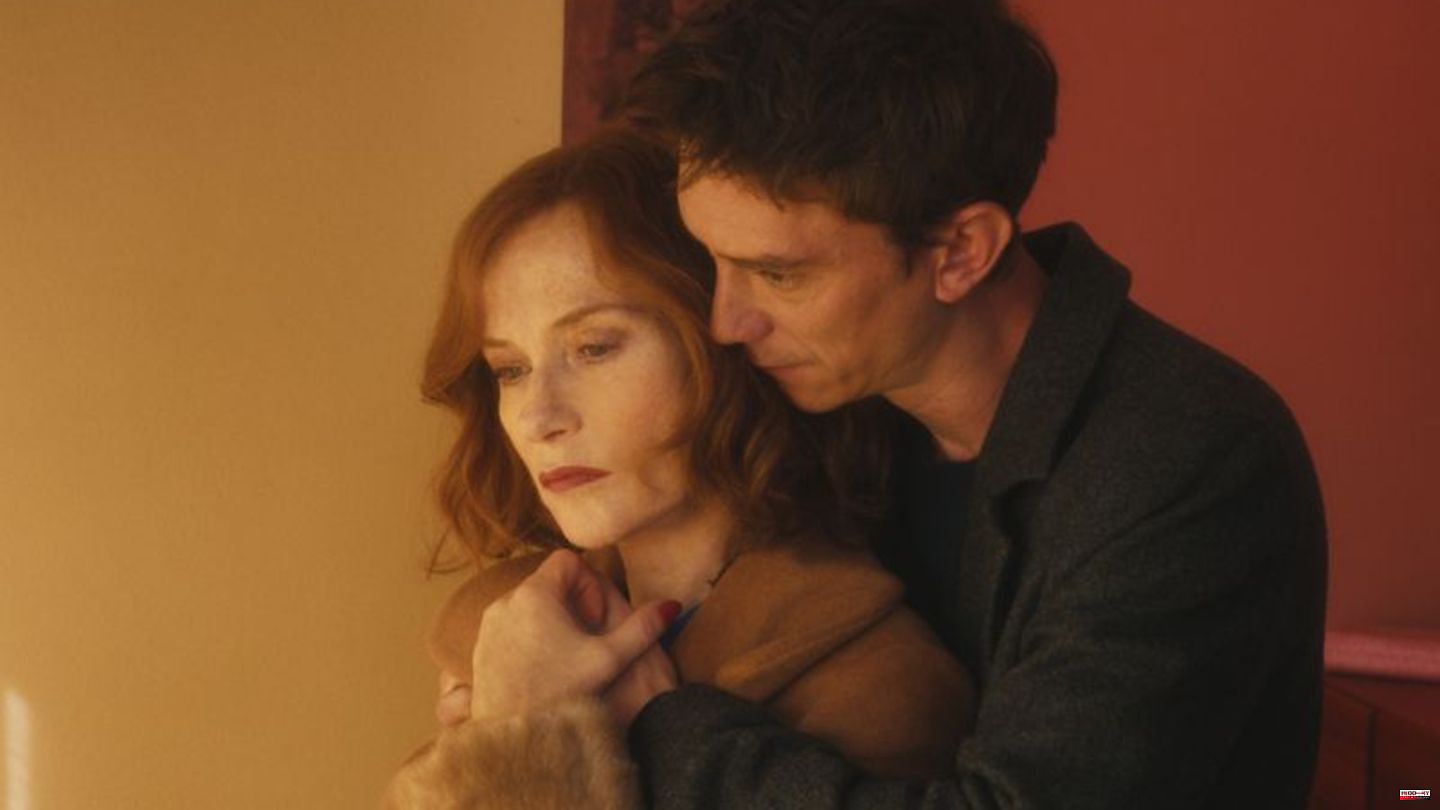 A world around Isabelle Huppert quickly takes on surreal features. When the French actress confidently fills the center of a film, she often acts in an aura of mysterious aloofness. With her roles such as "Elle", "The Piano Player" or "Greta" she has provided celebrated examples.

As Joan in her latest film "The Time We Share", the 69-year-old expert for idiosyncratic roles also has a guarantor for exposed characters at her side with Lars Eidinger.

"À propos de Joan", as the film is called in the original French, ran this year as a special gala at the Berlinale. Huppert was awarded the Honorary Golden Bear at the Berlin Film Festival. Awards line her career: Huppert twice received the French César ("Beasts", "Elle"), received the Silver Bear at the Berlinale ("8 Women"), the Silver Palm in Cannes ("Violette Nozière", "The Piano Player") , European Film Awards, the Golden Globe and an Oscar nomination for "Elle".

The French director Laurent Larivière makes it clear right from the start in what is only his second full-length film "The Time We Share" that he will send Huppert's Joan on a journey of interwoven levels, changing times and unclear realities.

The successful publisher Joan introduces herself while driving at night, seems to address the viewers in the cinema directly through the windscreen, and gives a little information about her life. A chance encounter with the sweetheart of her childhood will entangle her in a contradictory construct of memories.

The history of the young lovers lets Larivière play in Dublin. A fast-paced episode of wild emotions that only ends in jail. Joan returns to France pregnant, lives with little Nathan (Louis Broust) with her parents, whose marriage also fails between dreams, illusory worlds and realities.

All of this only seems to make single Joan stronger. As a French publisher, she discovers the German writer Till, played by Eidinger. Both are linked by a wonderfully told amour fou, apparently fueled rather than endangered by the author's alcohol excesses and public insults. The publisher is not intimidated by his successes.

Bored with the new manuscript, she asks him, "Wasn't that in your last novel? And the novel before that?" The author is unimpressed: "Repetition is my stylistic device." He'd rather see her breasts.

Ironically, this egocentric stinker seems to be an anchor point in reality. Because Joan gets lost in her fantasies. The adolescent Nathan (Dimitri Doré), with whom she dances in Cologne clubs, is a product of her dreams, as is her son (Swann Arlaud), who will eventually grow up and whom she welcomes as a visitor to the country house.

Beyond childhood, Joan's encounters with Nathan always have something strangely remote about them. The older Nathan acts exclusively with Joan, regardless of whether there are many people around mother and son or whether Joan and Till seem to be traveling with Nathan. Director Larivière is late in explaining the initially confusing scenes in the form of an early stroke of fate.

Between dream and reality

But film and plot continue to work, Joan's contradictory imagination seems to be infected when you look at it. "We know that it's an illusion that it's cinema, but we want to believe in it," Larivière was quoted as saying in an interview.

Joan will free herself from her excursions into the past and illusory worlds, will send away the imaginary companions from her life, will sell the country house with its memories. "You saved my life," she admits to her idiosyncratic author before they both dream of a future together.