The Madrid Costume Museum dressed in its best clothes to host the presentation of the Spanish Fashion Academy Foundation (FAME), a non-profit organization that was born in June 2021 but has not been presented in society until today. 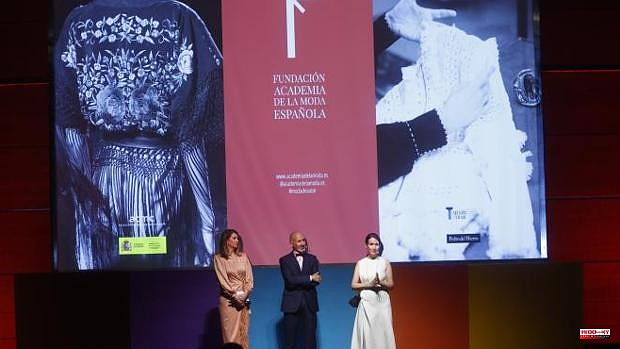 The Madrid Costume Museum dressed in its best clothes to host the presentation of the Spanish Fashion Academy Foundation (FAME), a non-profit organization that was born in June 2021 but has not been presented in society until today. Its objective, to promote the promotion and recognition of our signature fashion. They have several projects for them: the awarding of the FAME awards, whose first edition will be in 2023, and still has no defined name, but Delfin sounds in the pools; the creation of the High Crafts Training School; the promotion of cultural projects whose purpose is to disseminate the talent of the creators of Spanish fashion, and business support, creating a collaborative body between institutions.

With these goals to achieve, FAME dressed up in an act led by the journalist Ana García-Siñeriz and attended by the Minister of Education, Pilar Alegría, as well as the main Spanish designers and firms, Lorenzo Caprile, Juan Duyos, Agatha Ruiz de la Prada, Beatriz Peñalver, Laura Corsini, Fernando

The firm Pedro del Hierro, which has become the first benefactor company of the foundation, dressed some of those attending the presentation, such as the host of the event, Ana García Siñeriz, the minister Pilar Alegría and the writer Alejandra Remón. Teresa Helbig was in charge of the costumes for the singer Lourdes Hernández, from the group Russian Red, who returned to the stage yesterday to put the finishing touch to the presentation.

Some of the creators' muses did not miss the appointment: the actress Ana Rujas, Laura Ponte, the models Carolina Verd and Juncal Rivero. In addition to the 'influencers' Pelayo Díaz and Marco Llorente. He didn't want to miss it either, Begoña Gómez, Pedro's wife

FAME is chaired by Modesto Lomba, creative director of Devota

Spanish fashion is thus 'guarded' by this Foundation, which will promote it to the place where it should be, at the top. In the words of Modesto Lomba: “We started walking”.

1 Doña Letizia repeats fuchsia at the Book Fair 2 Practical guide to hit with sunglasses this season 3 Elsa Pataky and Chris Hemsworth dazzle together on... 4 Shein, far from closing in Spain, opens a store in... 5 A youtuber, about the Balenciaga parade: «The models... 6 Ángel Schlesser, National Fashion Design Award 2022 7 Bronzing powders: how to apply them correctly to achieve... 8 Acrylic or gel nails: how they differ and which one... 9 Queen Letizia skips protocol and dazzles with one... 10 The 'eurovision' style of Chanel Terrero,... 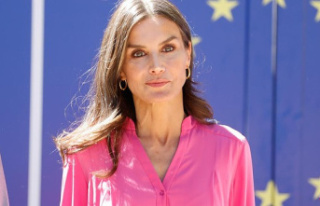