The smallest art movement in history: it had two members and lasted four years

It is the least known 'ism' in the History of Art in Europe. 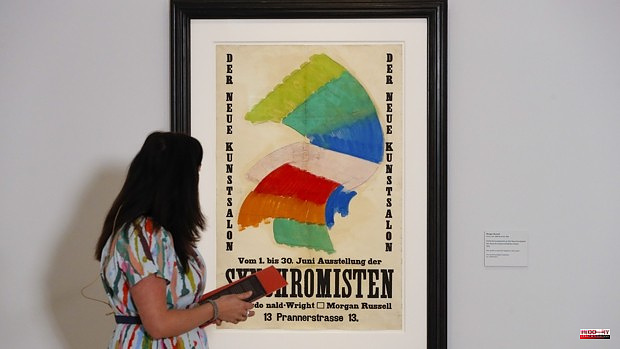 It is the least known 'ism' in the History of Art in Europe. We all have in mind movements such as impressionism, expressionism, cubism, surrealism, fauvism, futurism... But few have heard of synchromism. It was the first American abstract movement. Created in Paris in 1012 by the North American artists Morgan Russell (1886-1953) and Stanton Macdonald-Wright (1890-1973), his aim was to deepen the relationships between colour, form and space and to convey with his works a sensation musical. His activity focused especially between 1912 and 1916.

After the opening of the Alex Katz retrospective, an explosion of color, the Thyssen Museum closes its exhibition season with this small and colorful sample, which brings together, until November 1, in one of the rooms of the art gallery eight synchromist works (six by Russell and two by Macdonald-Wright), from the Vilcek Foundation in New York, an institution created in 2000 by Jan Vilcek, a molecular biologist, and his wife, Marica, an art historian, who worked at the Metropolitan Museum in New York.

The selection includes gouaches, watercolors, oil paintings..., in which the color stains are the absolute protagonists. In an adjoining room hang nine works from the Thyssen Collection by artists such as Sonia Delaunay, Theo van Doesburg, Frantisek Kupka and Patrick Henry Bruce that contextualize synchrism.

Russell and Macdonald-Wright met in Paris in 1911. While Cubism and Futurism were rampant, they "experimented creating color scales and harmonies, like musical notes, ranging from yellow to violet, from light in the shadow". In 1913 they exhibited together first in Munich and then in Paris. Both then claimed that they did not want to create a school, but rather to avoid mislabeling them, such as cubists, futurists and orphists. Three posters from those exhibitions, hand-painted by Morgan Russell, have survived. Two of them (they were discovered in 1946 in the artist's old house) are present in the exhibition, curated by Emily Schuchardt, curator of the Vilcek Foundation and whose technical curator is Clara Marcellán, curator of modern painting at the Thyssen Museum. They exhibited again in 1914, this time in New York, and in 1916 in a show with other artists. In the 1920s they returned to figurative painting.

1 The Windcatcher Association and the 'Revista... 2 Transport and fishing, again against the ropes 3 Canary Islands and Morocco, face to face to talk about... 4 Rubén Albés, student of Benito Floro, new trainee... 5 Damiano Tommasi, from playing for Levante to becoming... 6 Torrejón, prepared for the NATO summit: 28 delegations,... 7 Silván trusts that the PP leadership "will not... 8 A woman dies run over by a van in Zamora 9 France asks to allow Iran and Venezuela to return... 10 Until when can the income statement be made? 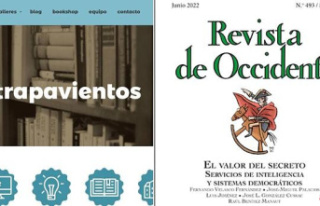 The Windcatcher Association and the 'Revista...