"The Lion's Den": This ingenious idea can save lives

The number of e-bikers and e-scooter drivers is increasing enormously in many cities, but unfortunately there are always serious accidents. 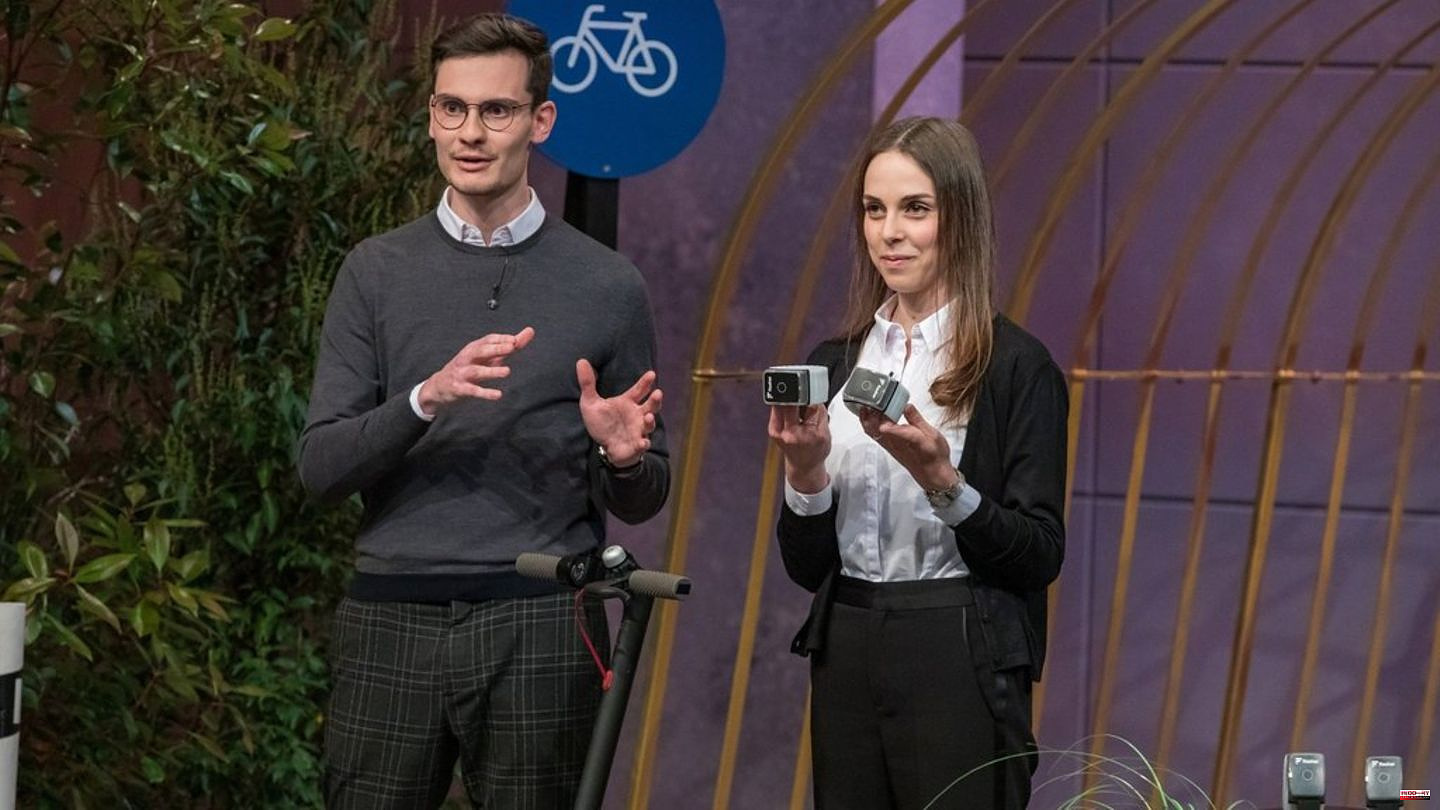 The number of e-bikers and e-scooter drivers is increasing enormously in many cities, but unfortunately there are always serious accidents. The founders of "Flasher" want to help to avoid exactly that. In the latest issue of the VOX start-up show (also available on RTL), the claws are also properly extended: Judith Williams (51) does not agree with a comment from her colleague Nico Rosberg (37). With her snappy return attack, she causes a stir among the lions.

Ines and Alexander (both 29) lined up in the cave to bring light into the darkness and ensure more safety on the streets. The couple invented bracelets for this, which are attached to both upper arms and act as indicators. This makes it easy to see when the driver of an e-scooter or e-bike wants to turn without having to leave the handlebars. The indicator is triggered simply by lifting your elbow. In addition, the bracelets light up when you brake, so that other road users can immediately notice a stop. To ensure even more safety, the "Flasher" has a night mode that makes it even easier to see the driver.

"I think you're the strongest thing that's ever been in the lion's den," says Ralf Dümmel enthusiastically. Because the glowing bracelets are not only useful, they also look stylish. Then all the lions start haggling over the desired 150,000 euros for a 10 percent share in the company. Judith Williams, Nils Glagau (46) and Nico Rosberg would like to give the founders the money for a 20 percent share in the company. "Actually, the 'Lion's Den' is turning and we're pitching for you," says the lioness.

Ralf Dümmel (55) and Carsten Maschmeyer (63) then join forces, offer the same thing and add a large-scale poster campaign on top. Nico Rosberg sees that he can't keep up. He withdraws his offer and confirms that the offer from Dümmel and Maschmeyer is really strong. Even the "Flasher" inventors can't say no and give the lion duo the contract. As soon as the founders are gone, Rosberg's comment causes trouble in the cave. "There were three strong offers, anyone can advertise on a poster," says Judith Williams, spreading her claws. "It wasn't summed up neutrally," Nils Glagau sees it similarly and is visibly annoyed.

Yoga teacher Lara (30) is convinced of Ayurvedic medicine and wants to bring love into the world with "Guru Granola". She wants 90,000 euros for 15 percent of her company. For this, the 30-year-old brought her granules, which consist of various organic ingredients such as oatmeal, hemp and nuts. There are seven topping variations for sweet and savory dishes. It guarantees a wholesome meal that should make you forget cravings.

"Really a taste explosion," confirms Nils Glagau. Ralf Dümmel and Glagau hope to do business with Lara for a higher stake in the company. However, the founder is only willing to give up more shares if more money comes out of it. She receives an offer of 120,000 euros for 20 percent from each of the two lions. The spirit between Lara and Nils seems to fit better. Therefore, the deal between the two is perfect.

The heart of the founders Dominik and Michael (both 34) beats for sales. With their "Hyrise Academy" they want to bring people who actually come from other professions but are sales talents together with companies that need exactly such sales people. The need for this is particularly high for software companies. In the "Hyrise Academy", interested people take online courses and are supervised during the short training in the company. What is special about this headhunter variant: It is not a question of a good school education, but skills such as excellent communication skills and a willingness to learn are decisive. In order to expand with their academy, the two hope for 500,000 euros for 10 percent of their company. The founders ultimately choose the lion duo Maschmeyer and Williams. From them they receive 750,000 euros for 20 percent.

Moritz (30) and dog Benni (7) are less successful. The organic snack, which is intended for both dogs and their owners, is noticeably not well received by Georg Kofler (65). He's obviously not a big dog lover. While Judith Williams thinks the idea of ​​sharing the treat with her dog is cute, there's no such thing as a "natural goodies" deal.

The pitch for the father-son team from "Easy Mirror" was also unsuccessful. Oliver (58) and Simon (27) offer large mirrors to make your own garden look bigger or to hide ugly things like the neighbor's fence or garbage cans. These are glass-free and weather-resistant. Unfortunately, the idea falls through with the lions. 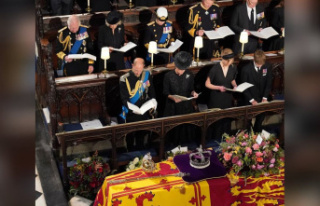 Farewell to the Queen: why the place remained in front...