Valued at almost five million dollars, the dress that went down in history by dressing Marilyn Monroe the day she sang the famous 'Happy Birthday, Mr President' to John F. 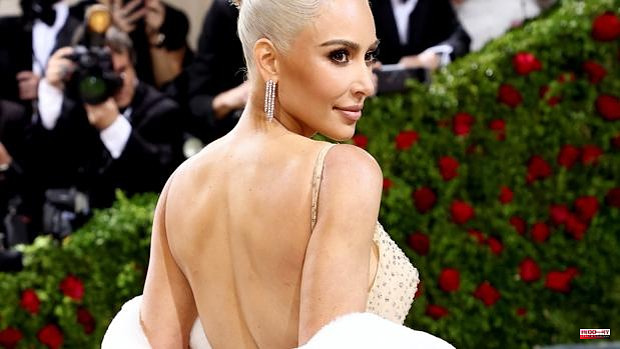 Valued at almost five million dollars, the dress that went down in history by dressing Marilyn Monroe the day she sang the famous 'Happy Birthday, Mr President' to John F. Kennedy in 1962, came out of the closet again this time to parade down the carpet of the Met Gala 2022 in this case wearing Kim Kardashian.

The famous assured in various media that she had lost up to 7 kilos to be able to dress in the historical design of the blonde temptation, but apparently the significant loss would not have been enough. The dress has been in the news again a month later, this time to show the damage that the most famous of the Kardashians would have caused.

The Ripley's Believe or Not Museum, in charge of the largest collection of objects belonging to Marilyn Monroe, has shown on its social networks the damage that Kim Kardashian allegedly caused the iconic dress when she wore it at the aforementioned Met Gala.

The garment was designed by Jean Louis, who materialized a sketch by Bob Mackie in which the objective was to enhance Monroe's curvaceous figure to the maximum, creating an effect of nudity thanks to the color, in dusty pink, and the subtle fabric. The piece had a pronounced V-neckline and was embroidered with more than 6,000 crystals that sparkled in the light of the flashes.

The museum gave Kardashian the dress for the occasion under strict conditions, such as that she would not apply any cream to her body so as not to stain it and would only wear it to climb the steps of the museum and pose before the photographers, because then she would have it. to exchange for a replica.

The original owner of the piece, Scott Fortner, sold the dress to the Ripley's Believe or Not Museum and now accuses them and the influencer of causing damage to the collection piece. "So committed to maintaining 'the integrity of the dress and its preservation,' was it worth it?" Fortner wrote on his The Marilyn Monroe Collection museum account. The former owner has detailed that the dress is missing crystals and some of them hang from a thread.

Pop Crave has also posted photos of the alleged before and after dress. Compared to an image captured in 2016 where one of the brooches shows signs of stretched fabric and crystals are missing, particularly around the back closure of the dress.

1 Free service of the buses of the new night network... 2 A group of former ETA prisoners organizes a tribute... 3 The PNV law to limit the inviolability of the King... 4 The Digital of Castilla-La Mancha celebrates its 'Enclave... 5 The employers reduce the sites to build new wind farms... 6 Ayuso recommends that Madrid schools use last year's... 7 Palo Market Fest 2022 in Valencia: dates, times, location... 8 Aparicio, on the reduction of subsidies: "It... 9 14 immigrants arrested for using forged Ukrainian... 10 The rental aid will arrive this week to the 15,221... 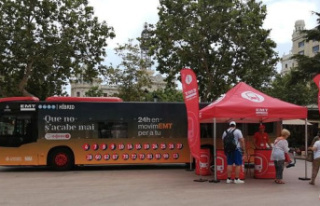 Free service of the buses of the new night network...