In addition to the clothes and the models, when it comes to presenting the fashion collections of the big brands, there is a determining factor so that each look and the entire style proposal transmits the message that it wants to give and causes the desired impact. 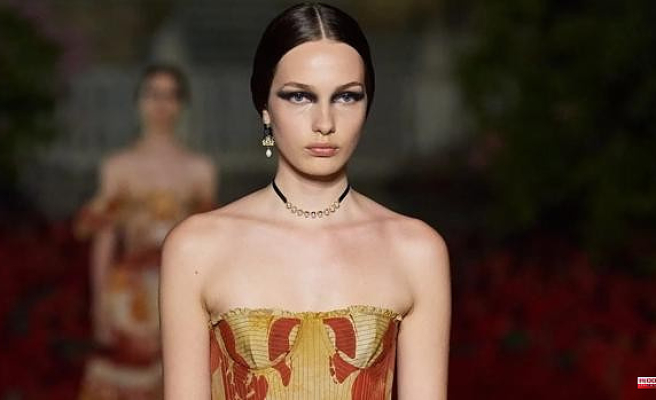 In addition to the clothes and the models, when it comes to presenting the fashion collections of the big brands, there is a determining factor so that each look and the entire style proposal transmits the message that it wants to give and causes the desired impact. It's the makeup and the hair. Whoever is behind this part of the work follows a path parallel to the brand designer to define and then design the image of the launch and, on the day of the event, carry it out.

In the case of the Dior parade that has revolutionized Seville, where the French house chose to present its Cruise 2023 collection to the world this Thursday from a superb Plaza de España decorated like an Andalusian fair and with the most stylish 'celebrities' in the world, the mind creative that built this part is Peter Philips, artistic director of the makeup of the big event of the 'maison'.

The Belgian created a style that would reinforce the idea of ​​the designer María Grazia Chiuri of linking to flamenco and Andalusia to recover that Spanish inspiration that Christian Dior himself received and transferred to the house in the 1950s, which was later taken up by the Gibraltarian John Galliano with a very Spanish collection in which he himself came out as a bullfighter in the final salute.

With this backbone idea in mind, in which the image of dancers, bullfighters and musicians of Andalusian roots were erected as emblems that had to be transferred to fashion and therefore also to the beauty of the collection, Philips gave birth to a sketch in which the eyes, above the rest of the face, took center stage.

The Cordovan hat, which Dior commissioned for the parade from the Sevillian firm Fernández y Roche for its objective of working with local artisans and promoting trades and manual labor, should be seen like this, in the eyes of the expert, reinforced by a marked, deep gaze and with character, ripped and deep.

To achieve this, Philips revealed to ABC in an interview minutes before the collection was presented in Seville, he decided to apply the smoky eye technique but work it in layers and only paint the upper eyelid, without even touching the lower one. He started with a gray shadow with which he drew the shape, on it he then stamped -without tracing, but with touches with the brush from the shadow box itself- the black color of the palette and finally outlined with thick pencil strokes also black. . He finished off with mascara and well-painted and defined eyebrows, filling in the same hair color and combing well with a brush.

“I knew I wanted a fresh, natural look, but when I got to know the collection and where it was going to be presented, I knew I had to add impact: the smoky eye, with some shine, subtle, to get a good effect with the lights at night. », he explained. For the expert, that dramatic and defined look also brings mystery and has a clear Spanish reference.

The make-up of the 'Cruise 2023' collection parade presented a great challenge: the heat of Seville in summer, underpinned by the wave of high temperatures that all of Spain is experiencing.

Philips resorted to a technique that he confesses he likes more and more, and that he recommends especially for mature skin: applying makeup in thin layers. Instead of applying a lot of product - "one of the biggest mistakes that many women make, because it stiffens and does not last well or resist shine," she warned - she decided to work with 'primer', concealer, makeup base and powder in small overlapping doses (“waiting a few minutes between one and the other, if possible, it is good that the products are integrated but with this climate it is better to let them settle”).

To do this, he sought a "fresh, clean, natural, very bright complexion that was not too overloaded to withstand this climate and be outdoors," he explained. He finished the skin with a very special product, very transparent pressed powders but with a luminous finish, to set without weighing down or cracking the skin or weighing it down.

In this sense, he shared a beauty trick. There is her, she said, that "at the last moment apply a touch of powder in areas such as cheekbones, forehead and eyebrows, where the shine of sweat is most noticeable."

In addition, he had to adapt both the fur backgrounds and the application of color to the eyelids according to the different needs and characteristics of the models, since of the hundred that Dior hired for the parade there was an equal distribution of Asians, Caucasians and Africans.

To carry out all this work, Philips had an entourage of 50 professionals, who set up a 'backstage' of long tables with dressing tables where the models passed in shifts that began six hours before the parade, and after a dress rehearsal in the afternoon previous.

Finally, for the lips, the Belgian defined a sweet but 'nude' look, for which he used a very moisturizing colorless balm in the parade. This is another trend, along with the dark and dramatic eye, that Dior anticipates for 2023. And more tricks, as Philips applied a very light touch of color on darker skin.

As most of the models were going to wear a hat in the looks devised by Chiuri, the make-up artist opted for hairstyles that were adapted to the accessory and also to the Andalusian style, for which he resorted to slicked-back and lacquered pigtails, many of them parted medium. However, again, she adapted to the particularities of each model, and there were many with braids and others with shaved hair or short bobs. Those who had hair like a ponytail wore a fine black velvet bow, again Andalusian-inspired.

All the celebrities who attended the Dior parade in Seville, which was the event of the season in the Andalusian capital, were dressed by Dior. And they were not few. From Elle McPherson, Chiara Ferragni and Jeanne Damas to Victoria Federica, Belén Cuesta or Gala González accepted the invitation to the 'front row' of the 'maison'.

Thus, they wore various looks from different collections and editions of the luxury firm, with a predominance of black and white, transparencies, lace, tulle, flowers and corsets. They were also previously made up and styled by the Philips team, who applied the same trends to them as to the models, with the addition of a red mouth and, in Ferragni and, for example, María de León, red carnations in their hair. in line with the thousands and thousands that adorned the Plaza de España with the lanterns and booths.

The only exception, Marta Ortega. His thing, of course, was Zara's 'total look'.

1 The most desired sustainable sneakers of the summer 2 The new generations will take the helm: «Traditional... 3 Ten places to try good sushi 4 "The more horrible, the better": this was... 5 Sónar recovers full normality with 122,000 attendees... 6 C. Tangana is crowned as the new king of the Sónar... 7 July 4, a key date for the future of Vicente Aleixandre's... 8 Bullfighting loses Andrés Vázquez, the flag of classic... 9 Sónar comes back to life between experimentation... 10 G men take another triumphal walk in the US: "It's... 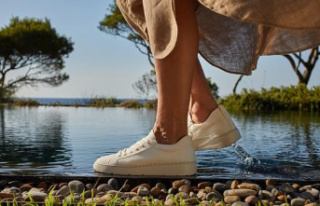 The most desired sustainable sneakers of the summer