The auction of Velintonia, the historic house of Vicente Aleixandre in Madrid, has ended up detonating a war that, in a more or less hidden way, has been fought in recent years by part of the heirs to the Nobel Prize and the president of the Association of Friends of Vicente Aleixandre (AAVA), Alejandro Sanz. 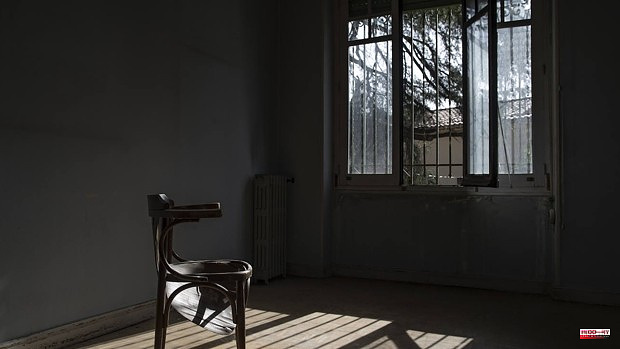 The auction of Velintonia, the historic house of Vicente Aleixandre in Madrid, has ended up detonating a war that, in a more or less hidden way, has been fought in recent years by part of the heirs to the Nobel Prize and the president of the Association of Friends of Vicente Aleixandre (AAVA), Alejandro Sanz. Sanz's latest statements about the poet's house, asking that no one bid for it in the auction decreed by judicial means, are going to end up in court.

The branch of the Merlo-Usera, owners of 40 percent of Velintonia, announced this Thursday that it plans to initiate criminal legal action against Alejandro Sanz in the coming days, understanding that his statements violate the law.

Specifically, what the president of the AAVA asked yesterday is that no one bid in the "ignominious" auction of Velintonia. The house will go on sale in the next few days for 4.6 million euros after a judge dissolved the existing condominium on the house and decreed the judicial public auction.

"We appeal to the responsibility of the Spaniards, of all citizens who love our historical and cultural heritage, so that no one bids in the ignominious public auction of Velintonia and thus remains deserted," said the president of the AAVA. Let us avoid what our rulers have not wanted to avoid.” Although Alejandro Sanz acknowledged that his was a "more symbolic than effective" request, the Merlo-Usera understand that with these statements they are violating article 262 of the Penal Code, which can lead to prison sentences of one to three years and fines of 12 to 24 months to those who in a public auction "try to keep bidders away from it by means of threats, gifts, promises or any other artifice."

Already in the allegations presented against the file initiated by the Community of Madrid to protect Velintonia with the figure of the Asset of Patrimonial Interest (BIP), the Merlo-Usera accused Sanz of trying to boycott the auction "knowing that it was a matter of weeks or months that it ended up being executed ». In that letter, from last February, these heirs recall that in October 2021 the judge ordered the execution of the sentence issued in April on the auction and that, four months later, Sanz declared that "the only good thing about being declared BIP is that it discourages potential investors.

Already in July 2021, the president of the AAVA said, to defend that Velintonia should be declared BIB and not BIP, that this superior patrimonial protection would be "a way to put the feet on the ground to the heirs, so that they keep it in an acceptable state of conservation and is not sold to any investor to do business with that land. Alejandro Sanz has been defending for years that Velintonia should be acquired by public administrations for its restoration and conservation as 'House of Poetry', a project that the Community of Madrid rejects. The only attempt to buy the house occurred in 2007, when the Ministry of Culture offered 1.9 million euros. It is less than half of what is now being asked for.

The Merlo-Usera family assured in their letter presented in February to the General Directorate of Patrimony of the Community of Madrid that "Mr. Sanz [...] is making a declaration of intent in the middle of a judicial auction process of which he is perfectly connoisseur", punishable by the Penal Code. And they added: «Our intention is to avoid as much as possible any unnecessary lawsuit to have to protect our property and we would regret having to face, even with judicial protection, an alleged collusion of Mr. Sanz with the collusion of the Administrations to try to blow up the judicial auction and avoid its sale at all costs». The reactions to the news of the auction have ended up unleashing hostilities.

A few days ago, the Community of Madrid approved the declaration of Vicente Aleixandre's house as BIP -second level of protection provided for by law-, due to its special historical significance in having included "cultural gatherings and gatherings, attended by, among others, members of the Generation of 27 such as Dámaso Alonso, Gerardo Diego or Rafael Alberti». The figure of the BIP imposes some urban limitations on housing, such as the obligation to maintain the layout of some rooms or not to modify the facade or height of the chalet. All the parties involved – heirs and association – opposed the BIP, but the Ministry of Culture dismissed the allegations.

1 They rescue from the Valdecañas reservoir a singular... 2 Manuel Agujetas: the Bukowski of flamenco singing 3 The Government declares Nativity Scenes as a Representative... 4 The new Latino Museum in the United States reduces... 5 Sónar starts rolling in search of lost time (and... 6 Azkena and Sonorama, two great anniversaries between... 7 The PP asks for explanations for the participation... 8 The emotional video in which Manuel Carrasco dedicates... 9 "Spain has to rebalance the balance in North... 10 Twelve Dads Talk About How the Pandemic Changed Their... 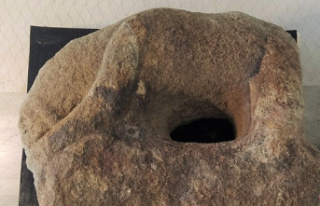 They rescue from the Valdecañas reservoir a singular...