What is the defining scent of childhood that the stars like to remember - or that takes them away from everyday life for a brief moment? Celebrities asked themselves this question at the launch of the latest variant of the perfume classic "J'Adore Parfum d'eau" from Dior, which does not contain alcohol but instead contains concentrated perfumed water. 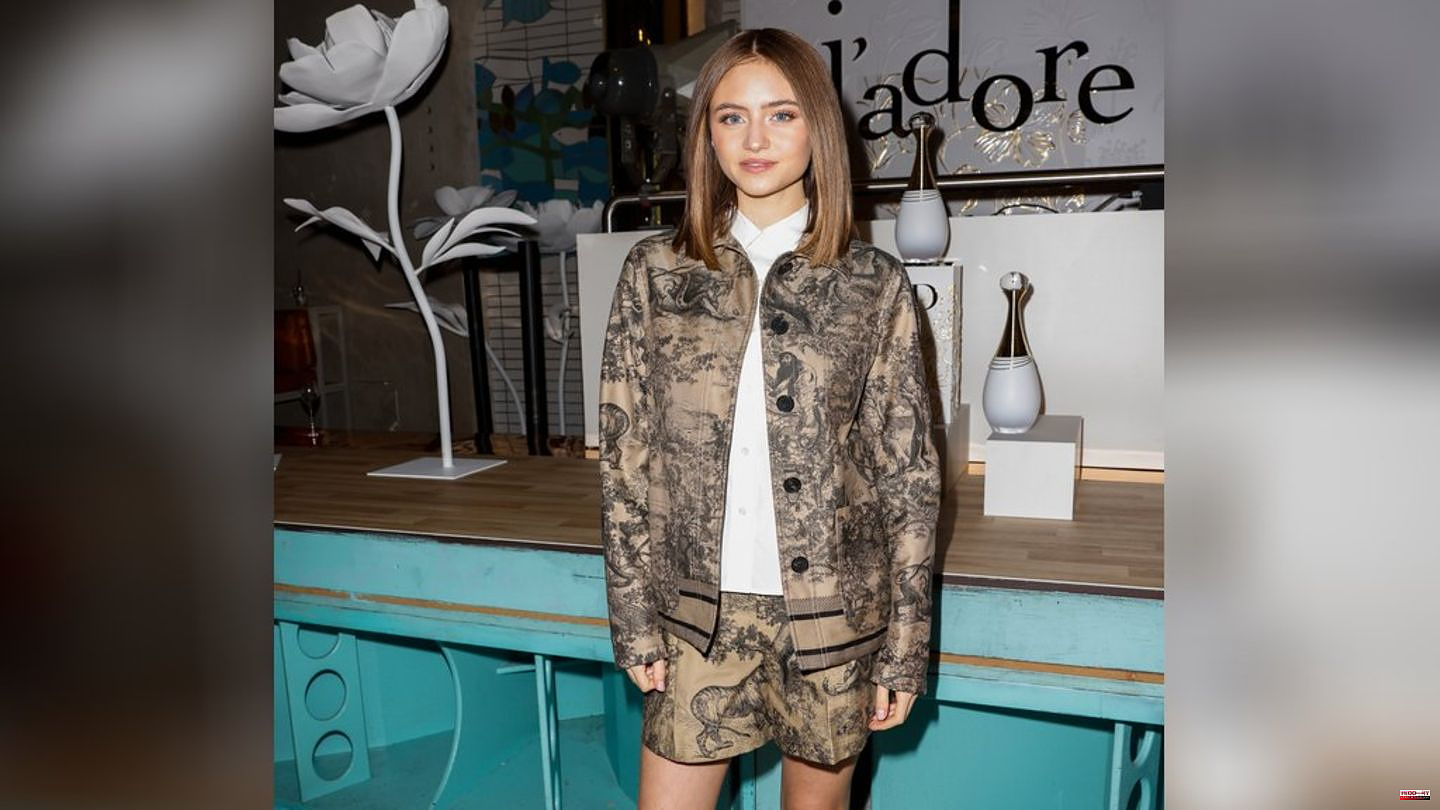 What is the defining scent of childhood that the stars like to remember - or that takes them away from everyday life for a brief moment? Celebrities asked themselves this question at the launch of the latest variant of the perfume classic "J'Adore Parfum d'eau" from Dior, which does not contain alcohol but instead contains concentrated perfumed water. The fashion house invited to the Berlin club "Prince Charles" - and numerous guests from the fashion and media world celebrated - and became sentimental.

Steffi Graf's niece and model Talia Graf (23), who recently moved to Milan for love with her boyfriend, may miss the "scent of the ocean" she raved about at the party. "I was born and raised in Miami," says the model. "The smell of freshness, of salt and fish" brings her back "to childhood" every time and triggers her "wonderful memories" and makes them "alive". What Graf could possibly comfort after moving to the fashion metropolis is the smell of "warm pasta with fresh tomato sauce".

The daughter of actress Veronica Ferres, Lilly Krug (21), has also moved - but in the other direction from Europe to the USA - to Los Angeles. She recently shot her first international production there, taking on one of the leading female roles in "Swing". The multi-talented actress is also studying psychology at the same time. Krug loves the smell of rain and explains what she likes about it: "When everything is clean, everything smells fresh."

Supermodel Tatjana Patitz (56) brought her son Jonah to the party, who is already a head taller than his tall mother. The two made themselves comfortable on the sofa next to the bar. According to the passionate horsewoman, who now lives in Santa Barbara, California, her favorite smell is the smell of horses. "Only a rider can understand that," she added with a laugh and confessed her love for the "scents of nature". When it comes to floral scents, she particularly likes gardenias.

Leni Klum (18), who is now successful in the fashion business herself, came from Milan Fashion Week and appeared at the party with "Long Bob". It was created out of sheer necessity, the "tips were totally broken," says Heidi Klum's (49) daughter honestly. Irrespective of the event, her favorite fragrance has long been "J'Adore", said the 18-year-old and enthusiastically reported on a gift she had received shortly before: an exclusive bottle with her name on it.

Presenter Annemarie Carpendale (44) likes it sweet: "As a child we had coffee and cake every afternoon. My mother baked every day and we sat together with the family from 5 p.m.." The memory of this coziness is still triggered by the smell of freshly baked cakes: "Plum cake, apple pie - or pancakes and crêpes," Carpendale listed and became enthusiastic. "Germany's next top model" winner Alex Mariah Peter (24) also loves the smell of sweet food and raved about the smell of yeast dumplings: "My nanny cooked them often, they were my favorite food and remind me of my childhood".

Larissa Kerner (32), daughter of the singer Nena, who inherited the voice and intonation almost identically from her famous mother, is fascinated by the idea of ​​a "very own scent that characterizes each person individually", a "scent of the soul" that one exudes , if you are "at peace". According to Larissa, her mother no longer uses perfumes at all. "She makes her cosmetics herself," revealed the musician and raved about the "peeling made of coffee grounds".

Presenter Annika Lau (43) - in addition to the smell of her husband, "I love him more than anything" - especially the smell of her three children's heart. "They all smell different, of course," says Lau, listing: "My youngest, the three-year-old smells of chocolate. The six-year-old smells of grass, because he plays football a lot." Her eight-year-old daughter, on the other hand, after "biscuit". Model Nico Poturalski is also enchanted by the smell of her baby: "It smells like heaven," says the model, who once made headlines because of Brad Pitt, poetically.

The favorite smell of actor Daniel Donskoy (32), who appeared with a glittering earring and necklace, is not entirely child-free. He loves the smell of "marijuana," he confessed, which has a calming effect on him. Actor Artjom Gilz (35) also swears by the calming scent of plants, but prefers legal lavender. "I planted it on my balcony to sniff it regularly," he said.

Presenter Mareile Höppner (45) admits her weakness "for men who smell good". "I turn around when someone walks past me," she whispered. Otherwise, she was very taken with the "scent of sunscreen", which she puts on her skin in winter to "put you in a good mood", "because it smells like summer!". But winter also has nice smells ready: "I only baked my grandma's cookie recipe just to get it back in my nose." What she doesn't like at all, however, are synthetic fragrances. The worst thing for her is "scented trees in the car with the window closed - a childhood trauma!".

Actress Dennenesch Zoudé (55) loves room fragrances of all kinds and creates a very special scent at home, without which she cannot feel at home: "Our facade was recently renovated, it smelled of rubble and cement. I like that Not at all! My apartment must smell like me!", she explained. During the winter months, Zoudé likes "warm scents" such as "oranges peppered with cloves" or "Spekulatius".

Actor Sönke Möhring (49), who will soon be back in front of the camera for the second season of "The King of Palma", already experienced as a child how important smell is. His father, a former German army soldier, had lost his sense of smell. "As a child, I was very touched by how my father tried to enjoy food just from the memory." He himself therefore began to perceive smells very consciously at an early age. The actor, who grew up as a child in a wooded area near Herne, still likes the smells of nature best: "Flower meadows, freshly cut hay, earth in the summer rain, freshly fallen leaves..." Every season has its own scent, that's fascinating, says Möhring.

1 Quick help: leaf protection for gutters: these simple... 2 Food: Beer from the imperial era tasted and examined 3 Low-cost airlines: Expensive kerosene and high demand... 4 28,000 euros for a seat: 5000 instead of 50 inquiries... 5 Ukraine war: is Putin bluffing or not? Why the referendums... 6 28,000 euros for a seat: 5000 instead of 50 inquiries... 7 Music: End of season of the Berlin Philharmonic with... 8 Extreme Weather Congress: Experts warn of irreversible... 9 Disasters: The situation of the flood victims in Pakistan... 10 If Kovac has to go: Reis' top candidate at VfL... 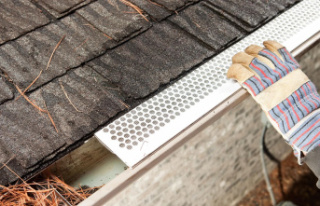