The ten best Spanish bartenders have competed this Monday, May 23 for the leadership and the prize for the Best Bartender in Spain 2022 in the center of Madrid. 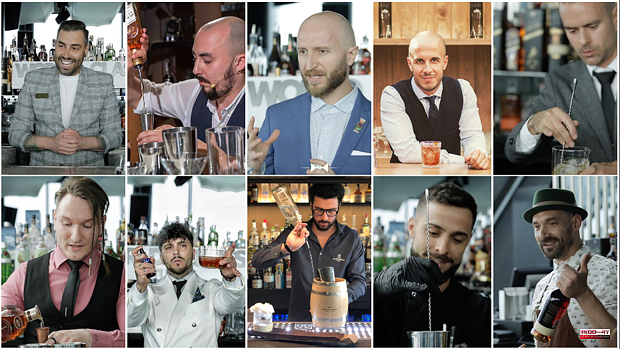 The ten best Spanish bartenders have competed this Monday, May 23 for the leadership and the prize for the Best Bartender in Spain 2022 in the center of Madrid. After proving his agility, speed and dexterity in the art of mixology in front of spectators in four events at the World Class Competition, the title will be announced later tonight.

The 'top ten' of the best Spanish mixologists is made up of David Navarro, Borja Insa, David García, Cristian Martínez, Diego Pan, Daniel Álvarez, Jorge Nicolás, Giorgio Zanini, Joaquín Manrique and Konstantinos Panagiotidis. The best of them will be proclaimed national winner and will represent Spain in the long-awaited world bartenders final in Australia, of which some participants such as the winner from Costa Rica, José Daniel Pacheco, are already known.

David Ríos, winner of the title of Best Bartender in the world 2013, was one of the members of the jury. The expert, who travels around thirty countries a year to assess the best bartenders, claims to have seen great growth and development in the cocktail industry in the last ten years. «The evolution at the liquid level in Spain is incredible. We have Paradiso in third place in the world, and there are many places that are positioning themselves », he explains.

There are many parameters to assess to choose the best bartender in the world. For David Ríos, the essential thing is not to find the best cocktail, but the best 'barman'. He must control all aspects: hospitality, cleanliness, order, 'storytelling', knowledge of the product and its sale, and, finally, that the drink is balanced and balanced. “It is useless to have the best cocktail in the world, if it is not served to you with a smile”, he concludes.

The different challenges have tested the resolving capacity of each finalist. The 'bartenders' occupied the bars in shifts and gave everything in each of the exams, which ranged from making a cocktail in less than six minutes to preparing a drink from a box with certain components. Spectators surrounded each of the tables and applauded at the end of each round as the judges watched intently and sampled the drinks.

The national final of the World Class Competition 2022 is being held in the perfect setting: ten days after World Cocktail Day and in a context in which the art of mixology continues to grow. A dozen outstanding restaurants in this art have been represented in this act in which, although there is only one winner, they are all true artists and representatives of Spanish cocktails.

1 Albert Adrià reopens Enigma without a tasting menu... 2 Manu Buffara, the Brazilian chef who wants to change... 3 Carme Ruscalleda will reopen the historic Sant Pau... 4 Fulani cuisine and a nomadic chef: why African fonio... 5 Marqués de Vargas Reserva 2017: a perfect gear 6 Gastrofestival 2022: from eating at the Palacio de... 7 Picanteras and guisanderas, so close, so far 8 Féminas 2022 brings together in Asturias cooks and... 9 The 50 best pizzerias in Europe 10 Jordi Cruz, on the hunt for a place to open an 'ABaC'... 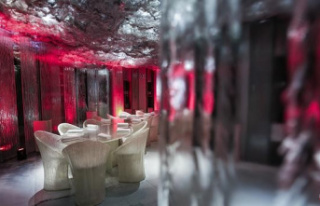