Sónar comes back to life between experimentation and perreo

As if time had not passed, as if the clock had stopped in the summer of 2019, Sónar reopened its doors yesterday at Fira de Barcelona and the SonarVillage artificial turf was still there, as it was two years ago. 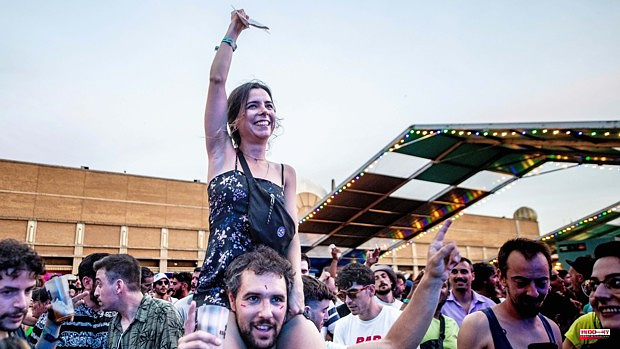 As if time had not passed, as if the clock had stopped in the summer of 2019, Sónar reopened its doors yesterday at Fira de Barcelona and the SonarVillage artificial turf was still there, as it was two years ago. Almost empty. Without people. A barely trampled atomic green. And no, it is not that the public had deserted or forgotten about the festival after two years of the pandemic. On the contrary: there were the usual ones, those who don't miss any opening and hurry up any premiere, only huddled together and covered under the pergolas that flank the jewel in the crown of Sónar by Day. Anything that wasn't that was yesterday synonymous with sunstroke and fainting. Well thought out, as in 2019, although in XXL version.

Wildly. That year it was the Sónar that had to delay its dates to July, with the consequent thermal explosion, and this has been the summer that has been brought forward. All in order.

Because summer is here and Sónar is here, a festival that began yesterday to uncork its XXIX edition, showing that, in the absence of great claims, imagination and inventiveness are good. Actually, the latter has almost always been a house brand, although in a year without any outstanding headliners, the Barcelona festival has made a virtue of necessity, going almost all the way from vocal experimentation to the wildest dog. Or, what comes to the same thing, from the exquisite fifteen-voice avant-garde feast of Tarta Relena to the explosion of rhythm and dance by Ms Nina. The two faces of Sónar del Día, the Apollonian and the Dionysian, merging in a sticky embrace and making up for lost time under a blazing sun.

Thus, between the exquisite a cappella loops of Marta Torrella and Helena Ros and the recreational joy of Jorgelina Andrea who even started with a piece of Lorna's 'Papi Chulo', Sónar began to walk avoiding the heat and making its commitment to innovation and local talent. A good example of the latter would be the premiere at the festival of Barcelona's Rojuu, watchword for what has been dubbed 'emotrap' and which the festival programmed, what things, on the same stage where C. Tangana began take off a few years ago. The author of 'Kor Kor Lake', it's true, still needs a bit of filming to do, but he has enough self-confidence to be crowned the new generational idol before what is probably the youngest audience that has ever set foot in Sónar. "This is the crazy hour," suddenly announced the very young Roc Jou. And although it was only five in the afternoon, anyone would disagree with such a display of omnipresent bass drums and jet autotune. The trap, spinning himself to shake off the bad post-adolescent vibe. Pure punk to start injecting speed into the Sónar of reunion.

In the early afternoon, the mayor of Barcelona, ​​Ada Colau, stopped by to say hello and the directors of the festival had the happy idea of ​​accompanying her to the stage where the French Cocou Chloe was trying to tame an electronic witch coven. Colau couldn't take much inside her, although the strange thing would have been the opposite: that was like the sound equivalent of putting your head in the centrifuge.

Under cover and accompanied by four dancers, the Argentinian Ms Nina invoked dancing and perreo and the public was there, with accumulated desire, ready to pick up the glove. And although the sun continued to play its tricks and press hard, the irruption of the rapper Uniqu3 Live in the Village was enough of an attraction for people to begin to leave behind the shade and leave their hiding places. A good session of fast and elastic hip hop is well worth the risk of burning.

1 G men take another triumphal walk in the US: "It's... 2 "It would be more convenient to make the underwater... 3 Madrid begins the procedures to protect the Aleixandre... 4 Patti Smith and the glory routine 5 An exhibition reveals the most mature look of Laxeiro... 6 Play the 'online escape room' created by... 7 The Government considers the crisis in Catalonia to... 8 Traveling by direct Alvia train from Castilla y León... 9 Government discards breakwaters that could save Albufereta... 10 This is how the Civil Guard caught the fugitive Miguel... 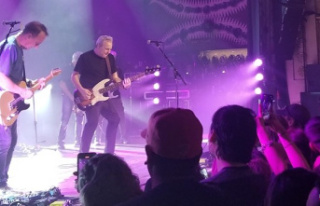 G men take another triumphal walk in the US: "It's...