Shock moment at wake: security guard collapses in front of the Queen's coffin and slams onto the stone floor

Hundreds of thousands of mourners lined up to pay their respects to Queen Elizabeth II after her death in Balmoral on Thursday. 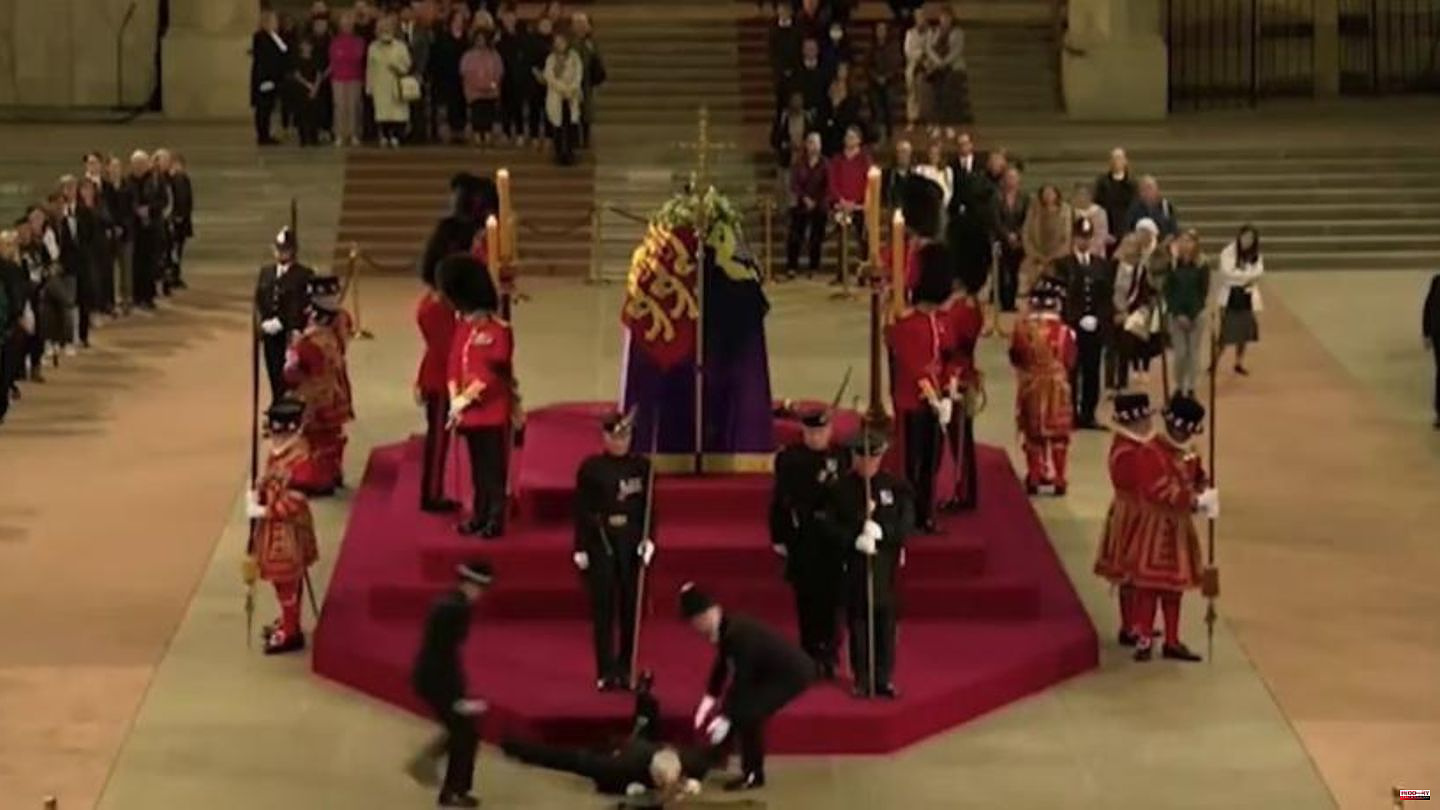 Hundreds of thousands of mourners lined up to pay their respects to Queen Elizabeth II after her death in Balmoral on Thursday. The Queen's coffin, which stands on a raised platform in Westminster Hall known as a catafalque, is guarded around the clock by units of the bodyguard, the Household Division, or the Yeoman Warders of the Tower of London.

But keeping watch is exhausting: Church visitors were horrified when a guard began to stagger on his feet shortly before collapsing. He was supposed to be substituted, but only a few seconds later he passed out and fell forward, where he landed on the stone floor.

The bystanders screamed loudly, the police rushed to help. And all during a live BBC broadcast, which switched to the outside view of the Westminster during the incident. It is not yet known how the security guard is doing. The royal guards often have to wait for hours, similar incidents have already occurred in the past due to circulatory problems.

For five nights and four days - until Monday morning, the coffin of Queen Elizabeth II is laid out in the British Parliament and is open to the public around the clock. Hundreds of thousands of people are expected to pay their respects once again to the Queen.

If you want to say goodbye to the deceased monarch, you have no choice but to stand in a gigantic queue. According to media reports, this can take up to 30 hours, depending on how many people are queuing. On Wednesday evening, the queue from London Bridge on the south bank of the Thames led upriver to Lambeth and over the bridge of the same name to Parliament - almost four kilometers. The current endpoint can be viewed on Youtube.

1 Justice: Heart patient sues for treatment without... 2 "Ready and willing": Venezuela's president... 3 Road traffic: Statewide controls with a focus on distraction 4 Comments on Leipzig's defeat in Madrid: "Not... 5 Crime: Children's bodies in suitcases: Suspects... 6 Customs: "Layla" makers: new text for the... 7 Comments on Leipzig's defeat in Madrid: "Not... 8 BVB: Kehl shoots back against Akanji 9 In front of the Queen's coffin: A security guard... 10 Traffic: More and more cars in Germany 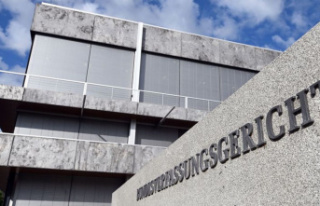