Despite being an increasingly used element in haute cuisine and an ingredient that can be used in a wide variety of occasions and types of dishes, vinegar remains largely unknown. 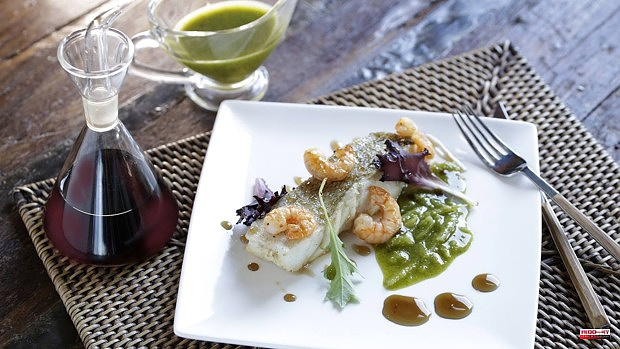 Despite being an increasingly used element in haute cuisine and an ingredient that can be used in a wide variety of occasions and types of dishes, vinegar remains largely unknown. In Spain, Sherry Vinegar is one of the most prominent and a hallmark of national identity that offers numerous possibilities, so much so that it has won the hearts of great chefs in the country such as David Muñoz, from DiverXo, or Quique Dacosta, owner of three Michelin stars.

For chefs, acid is a great tool to "keep the diner's palate awake," says José Ferrer, ambassador for gastronomy for the Sherry Regulatory Council. Various resources are used to introduce acids internationally: lime in Peru or yuzu –Japanese lemon– and rice vinegar in Japan.

That is why this liquid can be a great ally, not only to give strength to dishes, but to make proposals with edges that cause a whole roller coaster of flavors and sensations.

Sherry Vinegar is the first seasoning to receive a European quality seal. Of noble origin, this element is made from wines in American oak barrels aged for several years. The complexity of these sherry wines is transferred to the vinegar, which means that more and more international cooks are using this seasoning to give a Spanish touch to their dishes.

Far from its basic use in salads or snacks, such as pickles, there are many more options where vinegar can make a big difference. For Javier Muñoz, chef at La Carboná restaurant, who only uses Sherry Vinegar in his dishes, the key is to get to know it, "lose fear and discover it little by little", he says. Due to the power of the ingredient, it is necessary to introduce it progressively in the dishes. In the right measure, according to the cook, it can be a great option as a flavor enhancer in meals.

There are countless elaborations in which Sherry Vinegar can be decisive and play a leading role. "Personally, I love using it in marinades, because I love how it brings out the flavor of the vegetables," explains the chef. In cold soups –such as gazpachos or ajoblanco– it also plays a fundamental role, but according to the chef, the ingredient is largely unknown and a very good option in hot cooking. An example of this is one of the dishes at La Carboná: a sticky rice with spherifications of Sherry Vinegar. It is also possible to do it in grilled meats, fish and even pasta, in which a few drops added at the end of the pasta preparation can make a difference.

The possibilities are not limited to savory dishes. As strange as it sounds for those who are still unaware of the use of this ingredient, Sherry Vinegar is an excellent option to give a different touch to fruits and desserts. Strawberries tempered and sautéed with this element is an example of this, as is the classic flan, in which the caramel would take on completely different tints with a few drops of vinegar. Ice creams are not far behind. A Sherry Vinegar ice cream is the perfect accompaniment to a heavy dessert, such as a chocolate candy, as it achieves, according to the chef, "freshness, cleanses the palate and adds a fresh touch"

This ingredient of which so much remains to be explored was discovered by mistake, and blessed mistakes. The origin of the vinegar takes place in a 'poor elaboration' of the wine. According to Javier Muñoz, the acetic bacteria transform the particles of the wine into a volatile acidity. At that time, the winemakers accepted with shame that a boot of wine had turned vinegary, and they released the liquid by giving it to employees, acquaintances, or even the family that owned the winery kept it. With the passage of time it has become a virtue, since they discovered a new ingredient.

Gone are the accidents and coincidences. Although it can always occur in such long aging as sherry wines, it is now possible to contaminate these beverages in a noble way to obtain vinegar. In addition to this, José Ferrer reports that, starting in the 1980s, the first wineries specializing in the preparation of the condiment began to emerge.

The aromatic complexity of Sherry Vinegar, together with the power of its flavor and the different notes of noble woods, make this vinegar one of the most versatile on the market for José Ferrer. It has five types, three of them classified according to their age and two according to flavor varieties. Among the first three are sherry vinegar, reserva and gran reserva, followed by muscatel vinegar and Pedro Ximénez, the latter the favorite of chef Javier Muñoz, along with gran reserva. A whole variety of options to make the dishes an explosion of flavors and experiences.

1 The last time an overweight, depressed Elvis Presley... 2 The Cadena 100 anniversary brings together the best... 3 Music to see, touch and smell 4 Madrid premieres bailaores with duende and title 5 Which countries will attend the NATO Summit? 6 The G-7 will draw up a strategy to alleviate the famine... 7 Erdogan's opportunism has Sweden and Finland... 8 Keys to understand how NATO works 9 The Kremlin believes that at the NATO summit in Madrid... 10 The NATO summit turns Madrid into the world capital... 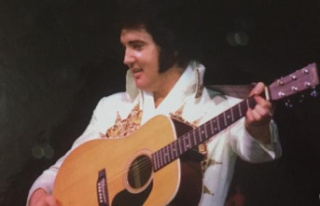