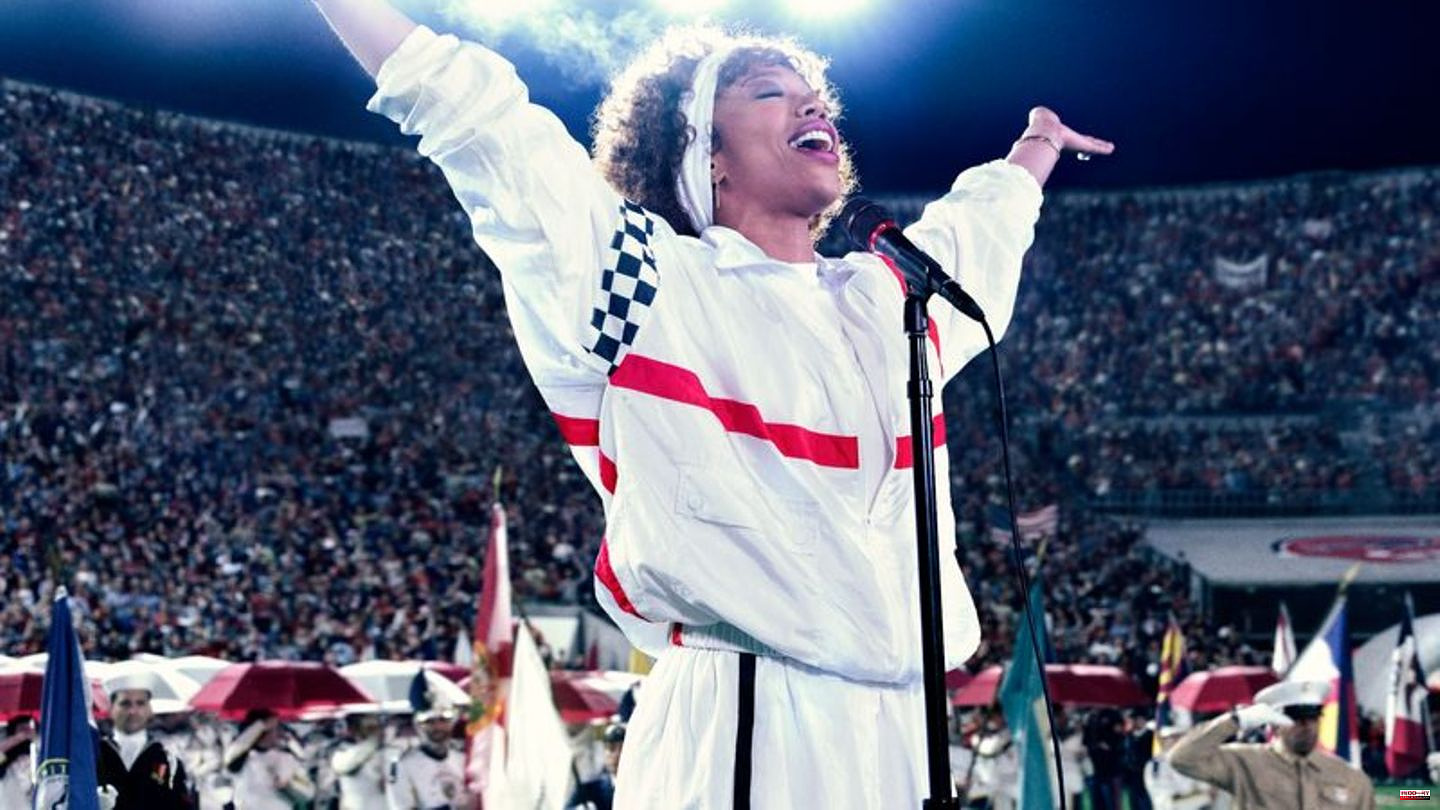 Whitney Houston had goosebumps. When she sang - schooled by gospel - whole stadiums could freeze in silence, a nation be moved as at the 1991 Super Bowl. America's Sweetheart? queen of pop

For some she was a goddess - so at least "the greatest voice of her generation" (as it is often said) mastered a divine-sounding coloratura. Now a biographical film (biopic) about the fairytale and ultimately tragic life of Houston is coming to the cinema - named after one of her biggest hits: "I Wanna Dance with Somebody".

When Whitney Houston started pop or rhythm 'n' blues songs, whole halls boiled. When she looked off the screen like in the smug film "Bodyguard", millions started dreaming.

The early death at only 48 years

Even if Houston made headlines more with drug problems than music in her last years after the mega-successful 80s and 90s, the news of the artist's death in February 2012 came as a shock. She drowned in a Beverly Hills hotel bathtub while under the influence of drugs at the age of 48.

This death on the eve of the Grammys is not fully narrated in "I Wanna Dance with Somebody," but there are scenes in the original foyer of the legendary "Beverly Hilton" at the end of the film, where Whitney died.

The film seems genuine every second, even if it has the "All persons fictitious" disclaimer at the end, i.e. the note that everything is fictitious - for a disclaimer. The film's staple is Whitney's performance at the 1994 American Music Awards with the supposedly impossible medley of "I Loves You, Porgy," "And I Am Telling You I'm Not Going," and "I Have Nothing."

Naomi Ackie as Whitney is fabulous

Anyone who gets involved in the more than two hours immediately forgets that the actual Whitney is not playing the lead role here. Briton Naomi Ackie plays Oscar-ready. The real Houston voice can be heard in the (quite daringly long) music scenes. Stanley Tucci superbly embodies the music producer Clive Davis, who also - now 90 years old - co-produced the film.

"Because we worked with both Clive and Gary and Pat Houston, Whitney's brother and sister-in-law, we were able to authentically tell their story," says film producer Matt Jackson. You know details that you would otherwise not know if you had made the film without this cooperation.

Nevertheless, the result is not a servile work, but a touching biopic that dares to set priorities (and not just tick off events and recognizable scenes). Taboos are also addressed, such as the friendship with her longtime assistant Robyn Crawford, which began as a love affair. Christian-shamed Whitney later pushed her bisexual side aside.

However, this chapter is not staged in a sensational way, nor is the toxic marriage to Bobby Brown, who is not unnecessarily drastically stylized as a monocausal bad boy in the film.

Whitney is not glorified as a victim

Director Kasi Lemmons, with the help of "Bohemian Rhapsody" screenwriter Anthony McCarten, succeeds in showing Houston's rise and fall. From New Jersey chorister, with ambitious mother and singer Cissy, she becomes American heroine and global superstar. Once at the top, it goes downhill into drug addiction and a loss of voice. The broken marriage, the complicated relationship with the family, at least with the father, and the difficult conditions for the daughter are not concealed (Bobbi Kristina died only three years after her mother at just 22 years old).

In all of this, Whitney is not glorified as a willing victim - which is pleasantly different from what happened, for example, in this year's film "Blond" about Marilyn Monroe. She is interpreted - quite tragedy - as an innocent culprit, as a woman in contradictory roles, entangled in insoluble conflicts. Based on one of her hits, you could say: She is "every woman".

Movies about music greats have recently done well at the box office and awards shows, including Bohemian Rhapsody about Freddie Mercury, Rocketman about Elton John's wild days, Elvis about rock 'n' roll King Presley or "Respect" via Aretha Franklin. "I Wanna Dance with Somebody" is definitely one of the better biopics. In short: Houston, we have no problem (with this film). Absolutely none.

1 At the age of 98: "Bastian" author Barbara... 2 Gas consumption: This is how Germany compares to other... 3 Retail: Galeria has received the first takeover offer... 4 Fascination: That was the car year 2022: A look back 5 Boris Becker: This is how he will continue after his... 6 Maya Ruiz-Picasso: Pablo Picasso's eldest daughter... 7 Armed forces: Russia confident of victory in the Ukraine... 8 Saxony: CDU district administrator railed against... 9 Shootout: Police shoot at attackers in Frankfurt S-Bahn... 10 Politics: Merz: Vogel left deep marks in Thuringia 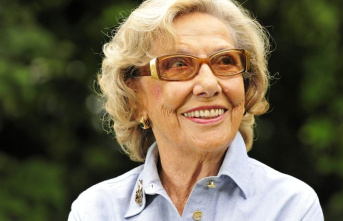