Queen Letizia rescues her favorite summer skirt from the closet

Queen Letizia continues with her agenda, which this week has made her travel to different parts of the Peninsula. 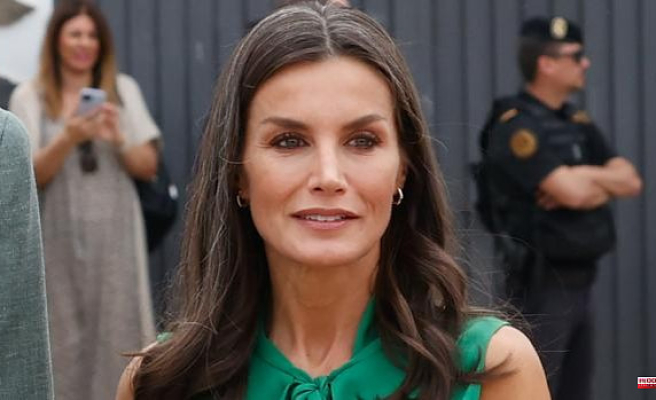 Queen Letizia continues with her agenda, which this week has made her travel to different parts of the Peninsula. If last Tuesday she traveled to Valencia, today she has traveled to Cáceres to attend the town of Pinofranqueado on the occasion of the centenary of the visit of H.M. King Alfonso XIII to the region of Las Hurdes.

As usual, the choice of her style has been highly anticipated, and more so considering that just two days ago she became the main protagonist for the daring fuchsia dress that she wore with a 'cut out' cut with which she showed her abdominal work. On this occasion, instead of going to the premiere, she has preferred to reuse the clothes from her wardrobe with an option that seems to become her "uniform" for the summer.

She has opted for the combo made up of a midi skirt and wedge espadrilles, one of the outfits with which she is most seen when temperatures rise, and everything indicates that this year it will be too. The chosen model, white and with an XXL flower print, is from the firm Sweet Matitos and she has worn it on numerous occasions, so it could be said that it is one of the favorites in her wardrobe. In its day it cost 260 euros and became a real bestseller, and although several years have passed since it was launched, it is still for sale on its website.

In the case of Doña Letizia, she premiered it in 2018 on her official trip to Haiti and took it again in the summer of 2020, in Murcia and she always tends to combine it in a similar way, with flowing blouses and footwear in nude tones. Today she has opted for an emerald green design with armhole sleeves and a tie around the neck by Carolina Herrera that she wore for the first time back in 2012 and with which she wanted to pay homage to the flag of Extremadura, of the same color. A tone that also fit perfectly with the color palette of the skirt and made it look even more sophisticated.

As footwear, he has resorted to another of his summer essentials, the espadrilles. He has done it with a platform design from the Macarena Shoes brand, which he has worn on more occasions and colors. He has finished off his choice with his inseparable Karen Hallam ring and earrings in the shape of bamboo canes that he shares with his daughter, Princess Leonor.

1 Rebel Wilson's Secret to Losing 80 Pounds and... 2 Balenciaga puts on sale for 1,450 euros some shoes... 3 Irene Villa will present the Inclusion catwalk in... 4 Queen Letizia surprises with the 'cut-out',... 5 Queen Letizia shows her belly with a surprising fuchsia... 6 This is how the best calluses in Spain are made 7 How much does it cost to eat at RavioXO, Dabiz Muñoz's... 8 «In the US there is more respect for the ham cutter... 9 The most gourmet options to celebrate Hamburger Day 10 Ten places in Madrid to celebrate celiac day without... 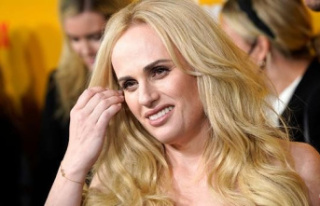