Queen Elizabeth II: Farewell to a Queen of the Century: Britain holds its breath

It's not the pomp and the perfect staging that make the greatest impression at Queen Elizabeth II's state funeral. 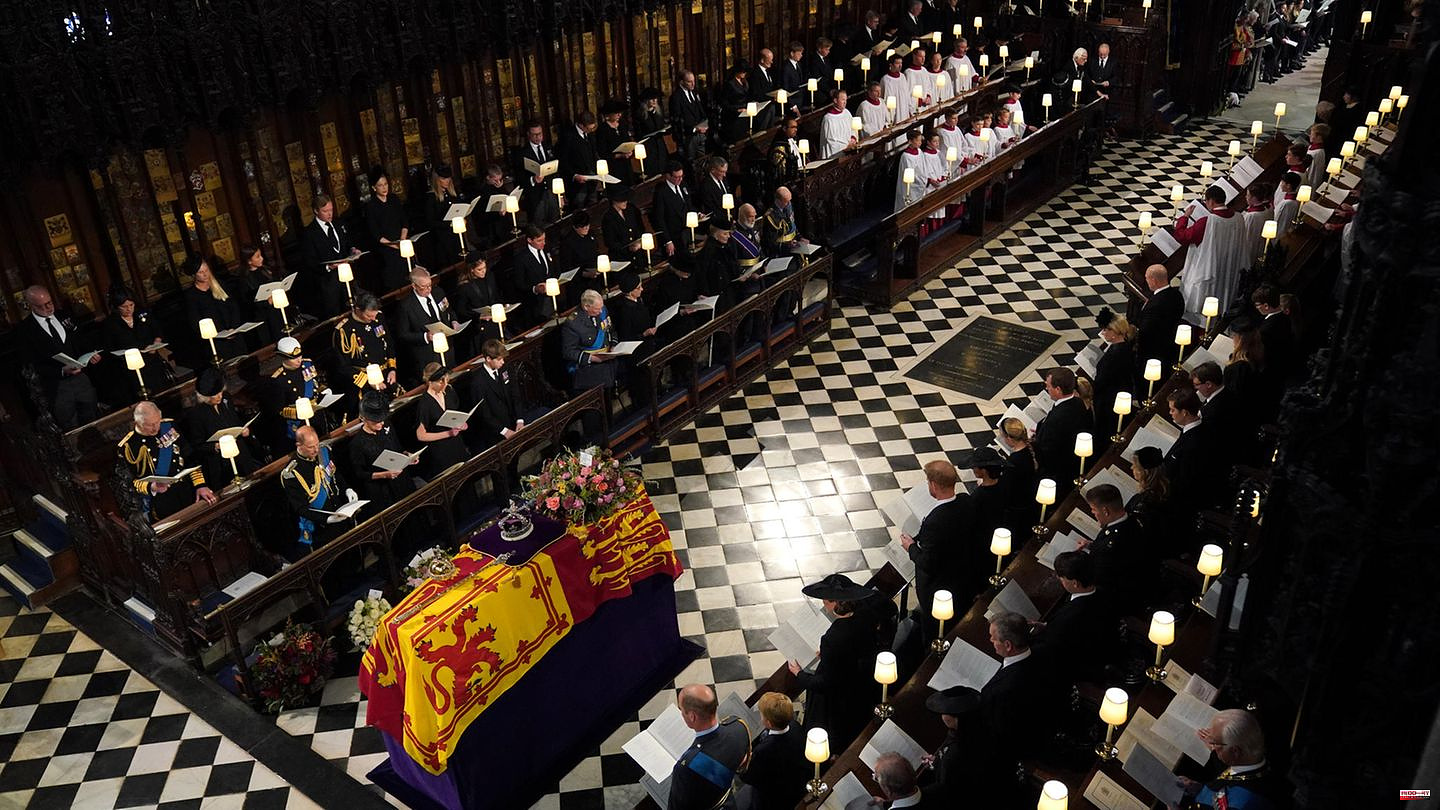 It's not the pomp and the perfect staging that make the greatest impression at Queen Elizabeth II's state funeral. Not the 98 marines who pull the coffin with the state crown, scepter and orb on a gun carriage from Westminster Hall to Westminster Abbey. Not the black state cars, the magnificent uniforms and state robes. More impressive than all that is the silence.

Two minutes of silence, both inside Westminster Abbey, where the greats of the world are gathered this Monday, and out on the streets of London and across the country, where millions of people are watching. The silence is complete - but also deafening in a way. Britain is holding its breath. Out of respect and emotion. But also in anxious anticipation: What comes after the Queen?

Westminster Abbey. For nearly 1000 years, this cathedral and its predecessor have been the place where England's royals are married, crowned and buried. Elizabeth's coffin now stands under the Gothic fan vault.

Almost everyone came: US President Joe Biden - he steadfastly refused to have to board a bus to get there -, the Japanese Emperor Naruhito, the German Federal President Frank-Walter Steinmeier - hardly anyone here has ever heard of him - and representatives from kingdoms that are sometimes ridiculed on the island as "bicycle monarchies" - semi-bourgeois "bicycle monarchies" that, according to British opinion, throw themselves far too much at the people. The world has seldom seen such a concentration of heads of state and government. So this day is also a day of self-assurance for the British. The world empire is gone, but the love of making a grand entrance has remained.

Of course, the focus is on the royal family. Three generations are represented, from King Charles (73) to his grandsons George (9) and Charlotte (7). In between are William (40) and Harry (38). It is almost 25 years to the day since the two brothers followed their mother's coffin. Now they've walked side by side in a funeral procession again, but their relationship to each other has changed a lot since then. Harry and his wife Meghan have turned their backs on the royal family.

The representatives of the Commonwealth countries have received a particularly large number of seats in the church. The very loose union of states that emerged from the British Empire was very important to the Queen. But over the past ten days it has already become clear that her passing will intensify the debate on British colonialism. Demands are already being made, especially in the United States, for an investigation into the extent to which the royal family in particular has benefited from the exploitation of foreign peoples. "As long as she ruled, the establishment was able to paper over the horrors," says columnist Afua Hirsch. "Now is the time for painful truths." The Empire strikes back.

In a well-tempered sermon, Archbishop of Canterbury Justin Welby praises the Queen for her steadfastness. Most moving is the point at which he recalls the Queen's well-received speech during the corona pandemic. Elizabeth had then encouraged her subjects and said: "We will meet again." The spiritual head of the Church of England assures that this also applies to believing Christians like the Queen for the time after death.

In this fairytale setting, one almost expects that the next moment the bear Paddington will climb the steps for a tribute - the children's book hero, whom the Queen had granted such a magical audience in an animated short film for her 70th anniversary of the throne.

"The monarchy is a kind of religion," the newspaper "The Guardian" stated, and this is confirmed in this service. The Queen now has saint status, as demonstrated by the unprecedented crowds of pilgrims to her coffin in recent days. Many Britons feel connected to each other these days. It is noticeable that they not only say goodbye to their queen, but also open a new chapter in their own lives. Many remember the deaths of their parents and grandparents. So here the general coincides with the personal, and this is what gives the event such weight.

Whatever comes now, it is a departure into the unknown. It takes courage to look ahead. When that day is over, there is only the prospect of a very dark, very cold winter. Ukraine war, energy crisis, inflation, recession, consequences of Brexit and maybe a new corona wave. It's sheer horror that the British are facing. Maybe that's why they savored the farewell to their Queen for as long as possible.

Just before the coffin is carried out of the cathedral, the mournful music of the Queen's personal bagpiper is played. It was "the Queen's Piper" who stood under her bedroom to wake her up to his tunes every morning when she was in Scotland. He now plays "Sleep, Dearie, Sleep". "Sleep, dear, sleep".

Elizabeth had a soft spot for the vastness of the country, the dramatic light, the magic of the lochs and glens (lakes and glens). And so it may be comforting that she also died there, on her country estate of Balmoral. Scotland's prospects for the future, however, may have changed as a result of her death: "It is now quite likely that the Scots will leave the British Union in order to be able to rejoin the European Union," believes historian and Charlemagne Prize winner Timothy Garton Ash.

"God Save the King!" As the national anthem is sung in a new form, Charles' eyes well up in tears. For almost everyone alive today, there will only be kings now: Charles, William, George... Elizabeth is gone.

For the last time, her coffin slides past the places where she had her big performances. The Houses of Parliament overlooked by Big Ben, where she read the Speech from the Throne every year. The Horse Guards Parade, the parade ground that always hosted the operetta-like military parade "Trooping the Color" in honor of her birthday. The boulevard The Mall with imperial oversized British national flags, on which the crowds cheered her on her throne jubilee in the summer. And then Buckingham Palace, where she worked for so many years, with the monument to Queen Victoria, who always looks a bit like a knitting grandmother.

From Wellington Arch you continue to Windsor. The funeral service will be held there in the late afternoon in St. George's Chapel. In highly symbolic acts, the state regalia are removed from the coffin, and then the head of the royal household breaks his staff. These are rituals that can only be imagined in a country that - unlike Germany - has known no sudden ruptures and political catastrophes for centuries.

The actual funeral of the Queen remains hidden from public view: in a private ceremony she is to be laid to rest in a small side chapel in the evening - next to her beloved husband Philip. He, the 99-year-old Duke of Edinburgh, was buried just over a year ago. At that time, the Queen sat alone and fragile with a black corona mask at the end of a pew in St. George's Chapel - a touching picture. Now the couple is reunited.

It is the day of irrevocable farewell. But when the British look back on this event many years from now, they might say: Yes, it was an end. But it was also the first step into a new era. 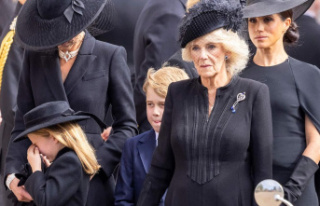