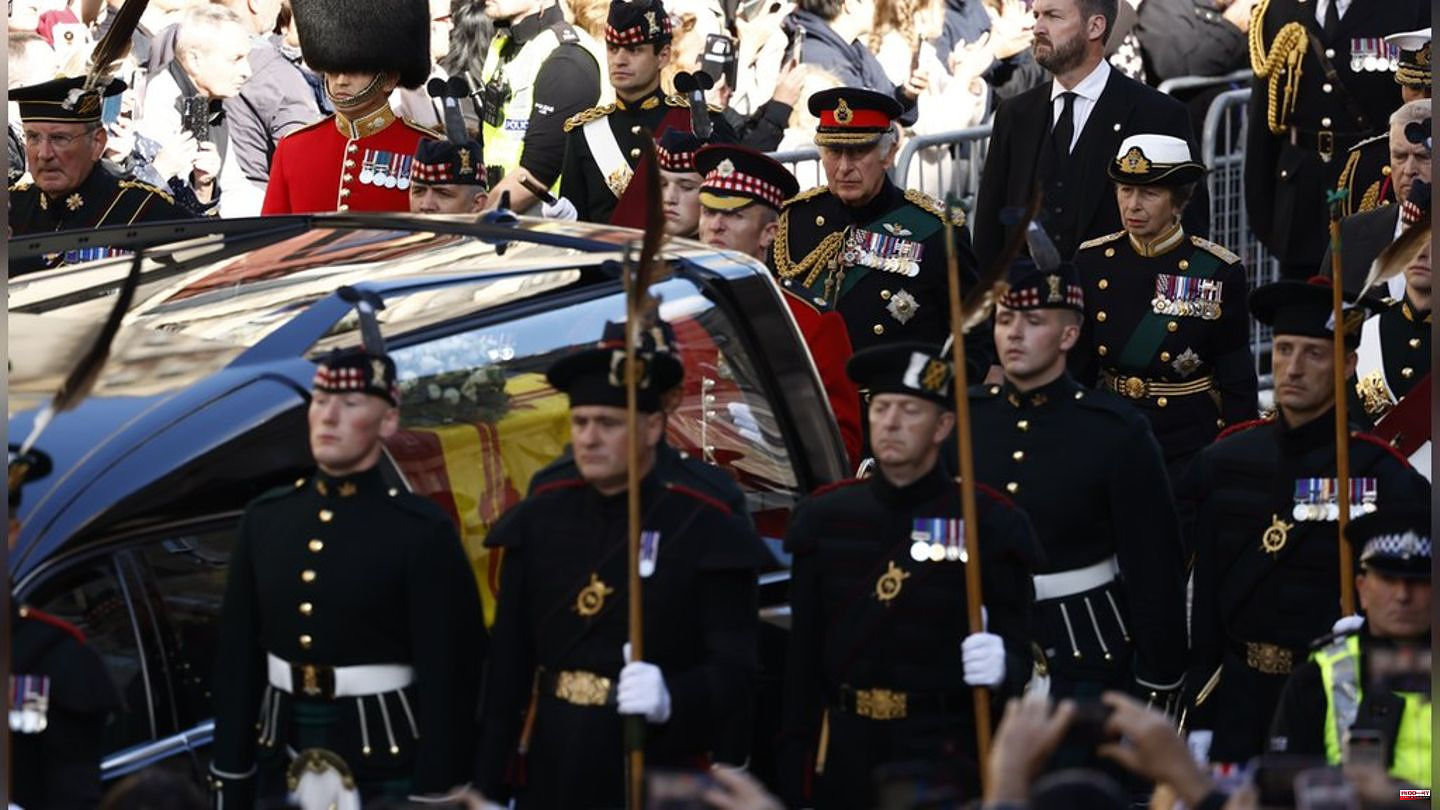 King Charles III (73), together with his siblings Princess Anne (72), Prince Andrew (62) and Prince Edward (58), accompanied the coffin of his late mother Queen Elizabeth II (1926-2022) in a procession. The coffin was taken in a carriage from the forecourt of Holyrood Palace to St Giles Cathedral in Edinburgh. Thousands of people lined the procession road to say goodbye to the Queen. With the exception of Prince Andrew, the siblings all wore uniforms and were accompanied by Admiral Sir Tim Laurence, 67, husband of Princess Anne. The Queen Consort (75) and Sophie von Wessex (57) were also present at the procession.

On Monday morning Charles III. received the condolences of the British Parliament in London. Charles and Camilla were seated on a throne and the king gave a speech saying that he wanted to follow his mother's example and her "selfless sense of duty".

Princess Anne will escort the coffin from Scotland to England with the Royal Air Force on Tuesday (13 September). The Queen's coffin is then taken overland to Buckingham Palace in London, where it is then laid to rest in the Bow Room.

On Wednesday afternoon (September 14), the coffin will be carried in a procession on a Royal Horse Artillery gun carriage from Buckingham Palace to Westminster Palace, where the Queen "will rest in Westminster Hall until the morning of the State Funeral," the announcement continued . 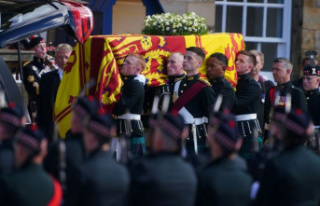