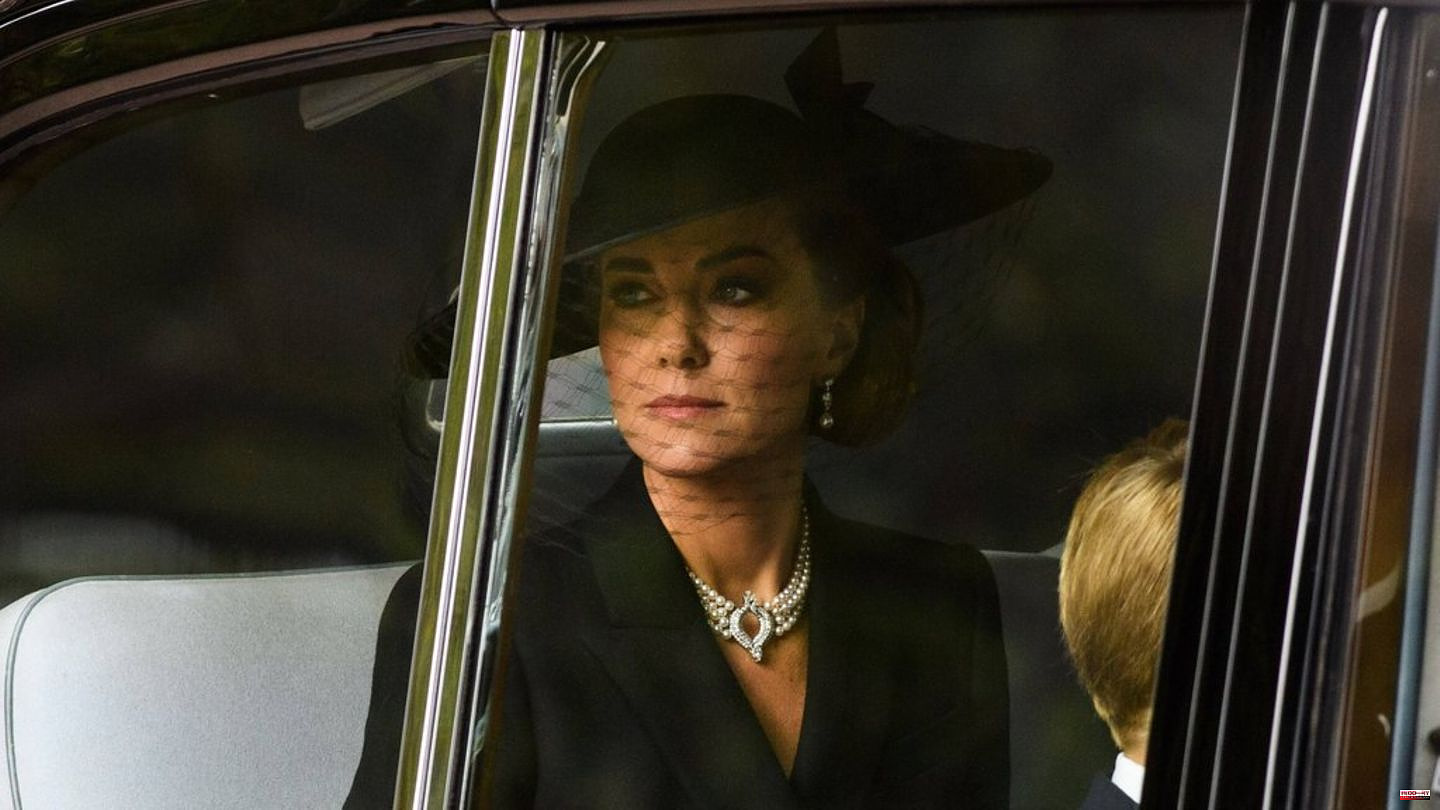 Princess Kate (40) paid a poignant tribute to the late Queen Elizabeth II (1926-2022) with carefully selected pieces of jewellery. She wore a Japanese pearl necklace and pearl earrings from Bahrain to the Queen's state funeral on Monday (19.9.) in Westminster Abbey.

The necklace consists of four rows of pearls with a central diamond clasp in a curved shape. There are three rows of diamonds on each side, merging with marquise diamonds at the top and bottom. The earrings are made of round baguette cut diamonds and pearls at the top.

The two pieces of jewelry, which Kate paired with a wide-brimmed black hat and veil, are from the late monarch. The Queen first loaned the jewelry to Kate on their 70th wedding anniversary in 2017. Most recently, Prince William's wife (40) wore this jewelry combination for the funeral of Prince Philip (1921-2021) in April 2021.

In November 1982, the Queen had already given the necklace to her then daughter-in-law, Princess Diana (1961-1997), in order to wear it during a state visit by the then Queen Beatrix of the Netherlands (84).

1 Duchess Meghan: With special jewelry at Queen's... 2 Europe: EU Commission presents new crisis management... 3 Auto: Porsche IPO on September 29: price range is... 4 Report: Commercial vehicle IAA 2022: beautiful, ideal... 5 Combustion engines cheaper in comparison: will electric... 6 Natural cosmetics: Use almond oil: This is how you... 7 At stern TV on Sunday: "That's not logical":... 8 Farewell to the Queen: The Queen's coffin is... 9 Cathy Hummels: "A new chapter in my life is beginning" 10 Burnt-in: Cleaning the baking tray: How to remove... 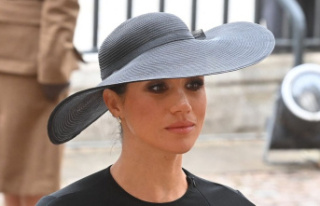