Princess Diana: How her death changed the monarchy

The death of Princess Diana (1961-1997) triggered an "unprecedented mass hysteria" in her homeland, it was often said later. 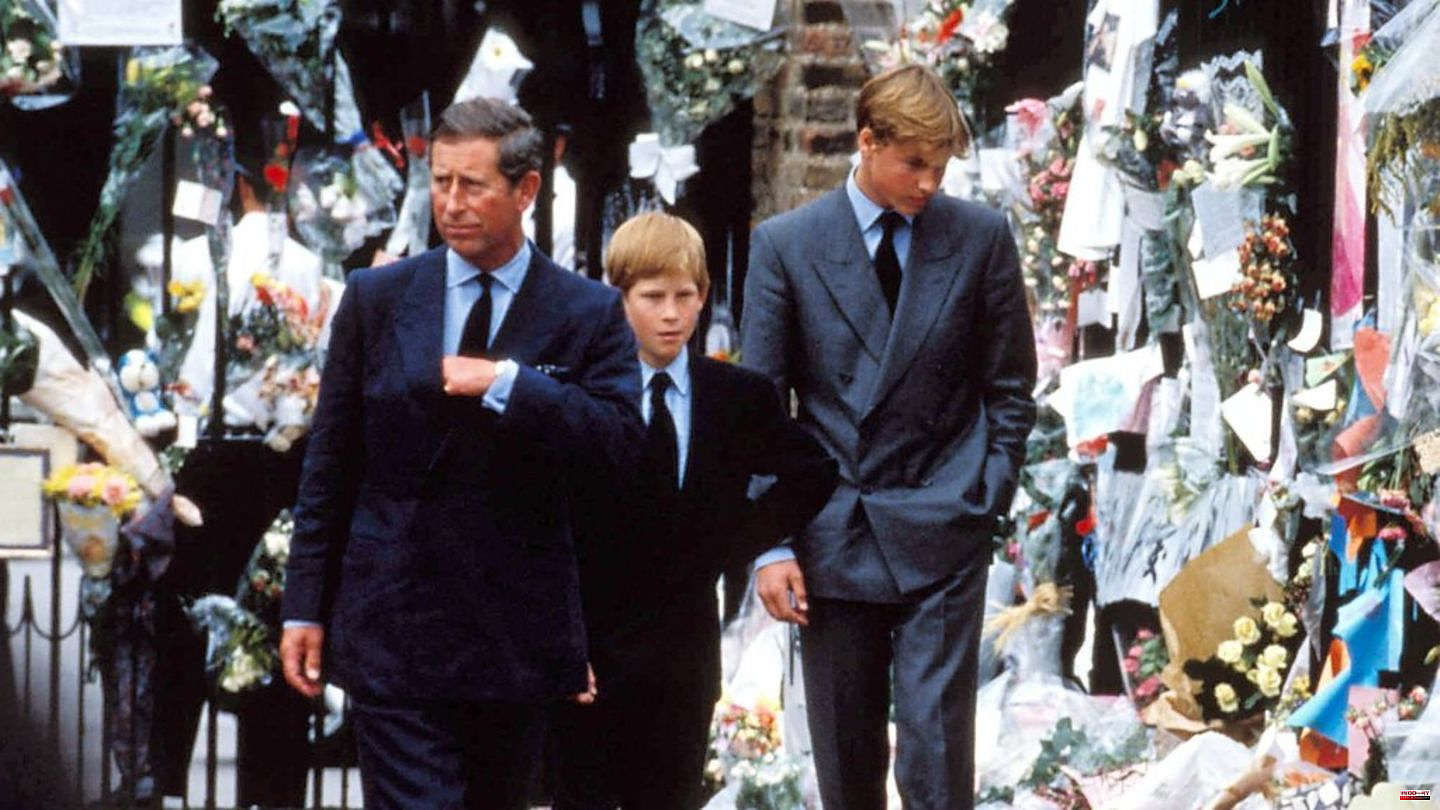 The death of Princess Diana (1961-1997) triggered an "unprecedented mass hysteria" in her homeland, it was often said later. Millions of people who had never met Diana publicly mourned 25 years ago like a family member, British media described the emotional state of emergency in which large parts of the population found themselves.

On the night of August 31, 1997, the car in which the princess was sitting with her then partner Dodi Al-Fayed (1955-1997) crashed into a pillar in the car tunnel under the Place de l'Alma in Paris at excessive speed. Al-Fayed and the driver Henri Paul died at the scene of the accident, Diana a few hours later from internal injuries. In the week after her death, however, it was not only grief that dominated the people, in many places anger was soon added.

Anger at the press that dogged Diana until her death. And the monarchy. Because Queen Elizabeth II (96) and the royal family did not behave as the people had imagined. The royals, staying at their summer residence in Scotland, appeared to show little if any signs of mourning. Apart from a brief statement, they have not made any further public statements and appeared determined to remain in remote Balmoral. Instead of coming to London and joining the grieving crowd.

For them, Diana was probably no longer part of the family at this point. She had divorced heir to the throne Prince Charles (73) a year earlier. In her view, the routine and processes that are set in motion when a high-ranking member of the royal family dies did not apply here. A serious mistake: since the abdication of King Edward VIII (1894-1972) in 1936, according to many royal experts, the monarchy had not had to survive such a bad crisis as after Diana's death. "Keep calm and carry on" has helped the Queen through many crises before. But that was over now.

A few hours after it was announced on the morning of August 31 that Diana had died at the age of 36, the royals showed up. They reportedly attended Sunday service at Crathie Kirk near Balmoral - without allegedly saying a word to the fans or reporters present. "Everyone looked serious but composed," wrote the Scottish newspaper "The Herald" about the appearance of the royal family. The sons of Diana and Charles, Prince William (40) and Prince Harry (37), were also there. The two were 15 and 12 years old when they lost their mother.

The tabloids then let some time pass before the first headlines like “Where is our Queen?” came out on Wednesday. ("The Sun"), "Your people are suffering. Speak to us, ma'am" ("The Mirror") or "Show us you care" ("The Express"). When the flag was flown at half-mast at Windsor Castle, it was too late for many.

In a rare public statement, the Queen's then press secretary, Geoffrey Crawford, said the royal family was hurt by suggestions that they were "indifferent" to the nation's grief over the death of Diana. The primary goal of the Queen and Prince Charles is to protect Prince Harry and Prince William. Crawford said: "The Princess was a very popular national figure, but she was also a mother whose sons miss her dearly. Prince William and Prince Harry themselves want to be with their father and grandparents in the tranquil surroundings of Balmoral during this time be." As her grandmother, the Queen is helping the princes process their loss as they prepare for the public mourning ceremony - which saw William and Harry walk behind their mother's coffin.

Among others, the then Prime Minister Tony Blair (69) is said to have advised the Queen and the Royals on Wednesday and Thursday after Diana's death to return to London and speak to the mourning people. "She gave in," a former employee of the monarch put it later in a TV documentary. "I was surprised." The film "The Queen" from 2006 starring Helen Mirren (77) is dedicated to these days.

On Friday, five days after Diana's death, Elizabeth II finally addressed her people live on TV. The Queen said she "admired and respected her ex-daughter-in-law - for her energy and commitment to others and especially for her devotion to her two boys". At Balmoral, the family tried to help William and Harry deal with the devastating loss "that they and the rest of us have suffered." For the Queen, this was a new way of presenting herself to the public - "as a grandmother" showing feelings.

"The Windsors, whose most dangerous moment came with Diana's death, really owe their staying power to their role model," Jonathan Freedland was once quoted by the Guardian as quoted by the New York Times. "The Queen is particularly keen on learning lessons from experience, and in this case the lesson was, 'Don't get on the wrong side of public opinion.'" 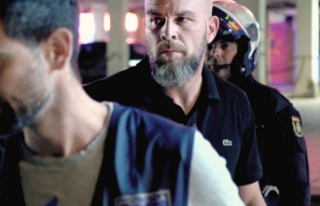 Tourism: Mallorca's dark side in an RTL documentary