Heidi Klum (49) made a special appearance on the red carpet of the People's Choice Awards. 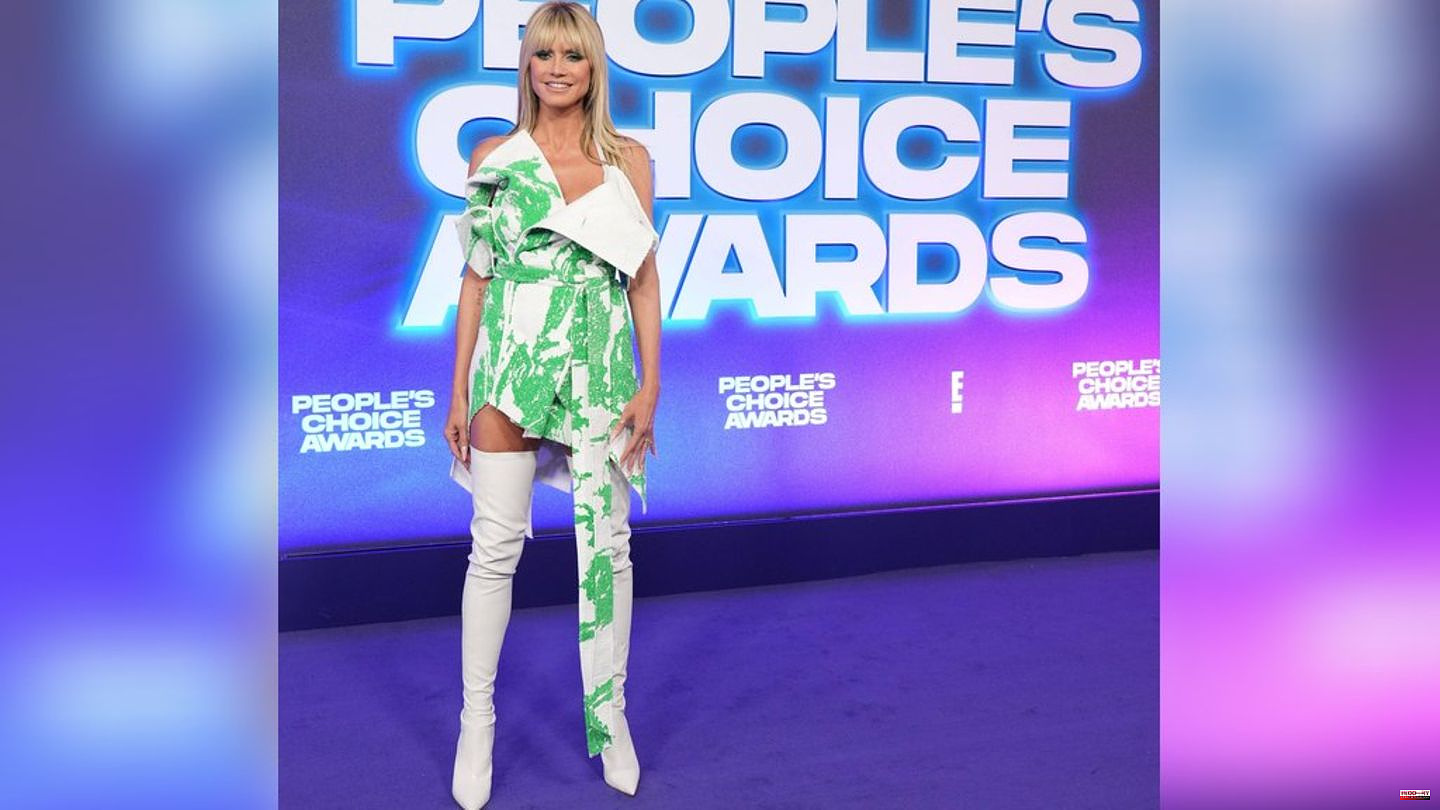 Heidi Klum (49) made a special appearance on the red carpet of the People's Choice Awards. At the event in Santa Monica, California, the 49-year-old rocked an asymmetric green and white mini dress by Yannik Zamboni. She combined the outfit with white boots that reached her thighs.

In addition to the dress, Klum also presented her yodeling talent in an interview with "E! News". Laverne Cox (50) asked the "America's Got Talent" judge what she would show herself on the talent show. Klum's answer: "I would yodel and make meatballs at the same time." She added, "I love to yodel." Then she gave a yodel demonstration for Laverne Cox, as can be seen in a clip on "eonline.com".

In the interview, Klum also revealed that she's already thinking about her Halloween costume for next year. After a Corona break, the "Queen of Halloween" was able to celebrate her legendary horror party in New York again this year. It will be difficult for her to surpass her extraordinary look in 2023: This time she was in a worm costume from head to toe. The elongated, reddish shiny costume was snuggled up to the model's body, only small slits were left out for the mouth and eyes.

Husband Tom Kaulitz (33) turned into a fisherman who hooked the worm of the evening with a fishing rod. To add to the scary factor, the musician was given a droopy eye by the makeup artists.

"This is one of the best costumes I'd say because it's so unusual and so big and weird," Klum told reporters at the party at the Lower East Side Moxy Hotel, according to Page Six. "But I have a hard time moving. I don't really have arms or legs," she added. "If I fall, I need someone to help me get back up. I'm stuck."

1 New York: Passenger wants to get on the plane with... 2 Fried - The Politics Column: What Hansi Flick and... 3 Plans to overthrow: 25 arrests during a major raid... 4 Investigations: Hesse: Important arrest in the Reich... 5 Record-breaking numbers: "Wednesday": Jenna... 6 Toilet research: Almost splash-free urinal for standing... 7 Case in "Aktenzeichen XY...unsolved": Who... 8 Allegations against Flick: Did the national coach... 9 Decision made - Horn leaves Cologne 10 Record-breaking numbers: "Wednesday": Jenna... 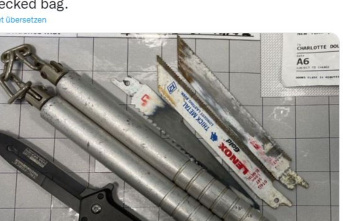 New York: Passenger wants to get on the plane with...