"Modern Family" star Jesse Tyler Ferguson has become a father for the second time. The 47-year-old and his husband Justin Mikita shared photos of their son Sullivan Louis on Instagram.

"We are so happy to be a family of four," the new parents wrote. The couple thanked the doctors, nurses and surrogate. In May, the Tony Award winner announced on Instagram that her son Beckett Mercer is to have a sibling.

In August, Ferguson told podcast host Dax Shepard that parenthood hasn't meant any major career cuts for him. "I was able to keep working myself, and Justin was able to keep working," the actor said. He was aware that he was in a privileged position, he emphasized: "We are in a very fortunate situation that we could afford to hire people to support us." 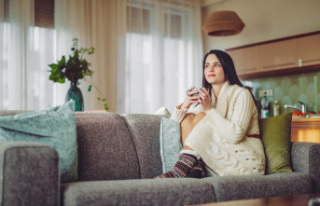