If Beck, with his immaculate white suit and galactic funk verbena, was the yin, it was Nick Cave, a rigorous black man with freshly frosted hair, who yesterday had to be the yang. 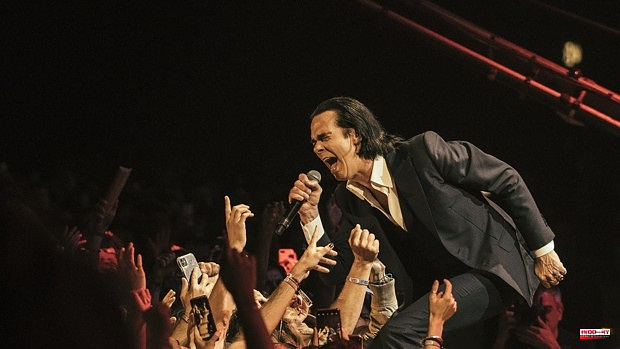 If Beck, with his immaculate white suit and galactic funk verbena, was the yin, it was Nick Cave, a rigorous black man with freshly frosted hair, who yesterday had to be the yang. Good and evil. The light and the dark. A balance of forces that was blown up as soon as the gospel snort of 'Get Ready For Love' anticipated another memorable evening. Electric Akelarre, confessions on the piano and an impactful end to the party with 'Into My Arms' and 'Ghosteen Speaks' to bid farewell to the first weekend of Primavera Sound with a bumpy start and a stellar ending at the Barcelona Forum.

Plagued by tragedy, Cave is coming off burying two sons in recent years (Jethro, 31, died May 9;

Arthur, 15, in 2015) and purging sentences on increasingly introspective albums, so it was unknown what would come of his reunion with the Bad Seeds after four years away from the stage. A doubt that was soon cleared up: he appeared with his chic gravedigger demeanor, kicked the air angrily and pounced on the front rows. As in 2018. As always. The wind muffled the sound, but it takes a lot more than that to take the Australian's punch away. Especially when he storms out of the bullpen riding 'There She Goes, My Beautiful World' and 'From Here To Eternity'. The dark lord, the prince of darkness, in top form and squeezing himself as if he had just turned 36 instead of 64. What a barbaric thing to see him shaking while Warren Ellis viciously mistreated that violin that sounds like an electric guitar!

'O Children' and 'Jubilee Street' brought a bit of physical calm (but not emotional) and finished drawing the script for a night marked by dialogue between electrical tension and soul-shattering ballads. The outburst and the genuflection. The beautiful litanies of 'Bright Horses', 'I Need You' and 'Waiting For You', songs at times out of place amid so much chattering audience, and the violent whiplash of 'Tupelo' and 'Red Right Hand'. Heaven and hell, within reach. The first was taken care of by that gospel choir with a direct line to heaven. Of the latter, Cave and his henchmen, guys who have struggled in the dark arts of rock and are more than willing to get their hands dirty with 'The Mercy Seat' and, immediately afterwards, cradle the tender 'The Ship Song'.

It was the second concert of the tour and Cave himself said that he would not forget it; that one day he would tell his grandchildren, he assured. A white lie that he must repeat in each city but after which a majestic and magical evening rose, imposing. Black magic that, under cover and with several thousand people, would have been even more memorable.

Cave's physical exuberance and athletic directness seem to have taken good note of Idles, beasts from Bristol who passed through the Forum like a runaway bulldozer. From 'Colossus' to 'Rotweiller', the English band was a marvel of dedication, overwhelming energy and rock with a message. Excited to consecrate themselves at a festival to which they began by attending as an audience, they signed a sensational savagery with hits like Mother', 'Danny Nedelko' and, ahem, shredded pieces of 'Wonderwall', 'Nothing Compares 2 You' and 'All I Want For Christmas Is You'. Overwhelming.

In this Primavera of kilometric distances and increasingly pharaonic extension, the musical extremes are also increasingly distant: in one corner, the pedigree soul of Mavis Staples, a soul legend who fell in love at the Auditori and drew applause as she slid down the through 'Friendship', 'I'll Take You There' and Buffalo Springfield's For What is Worth. In the other, the human pachinko of Dreamcatcher, the first Korean pop group to set foot in the festival and centrifuge of chipiriflautico pop, smurf voices and tiktokeable choreographies. There are other worlds, yes, and they are all in Primavera Sound.

An entire galaxy is what is concentrated on stage by Tyler, The Creator, one of the few current artists who can afford to go on stage more than just one o'clock and put several thousand people in the pocket of his tiny shorts in a jiffy . The Californian appeared climbing a mountain (literally) in 'Lemonhead', an eye-catching metaphor for his dazzling rise to the top of hip hop, and he went by like a cyclone shooting bases and projections and managing the public as he pleased with 'Earthquake', 'Who Dat Boy' or 'I Think'. Getting bigger, yes. Like the festival itself, a gigantic musical cruise that will dock again at the Forum starting Thursday with newcomers such as Lorde, Dua Lipa, The Strokes and Antònia Font.

1 Due to potential listeria, cheeses from 9 states have... 2 Biden's beach home in Delaware was the subject... 3 Two arrested in Toledo after leading a brawl on the... 4 At least 32 dead and 450 injured in Bangladesh by... 5 Roland Garros Trophy: what is it called, what is it... 6 Barcelona meets again with the Tast on the Rambla 7 Javier Olivares: "Fernando Marias was my brother... 8 Guevara wins, and Munoz takes his second Moto3 race... 9 Sanchez appeals to the PSOE's "red pride"... 10 We speak Spanish warns the Puig government that European... 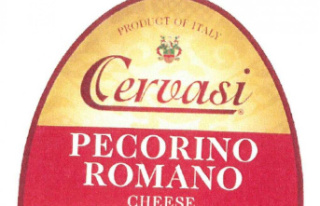 Due to potential listeria, cheeses from 9 states have...